By the definition proposed in Wikipedia,”Destructive cult”generally refers to groups whose members have, through deliberate action, physically injured or killed other members of their own group or other people. Leading cult expert, Rick Alan Ross considers certain characteristics for destructive cults. He is an American deprogrammer, founder and executive director of the nonprofit Cult Education Institute. 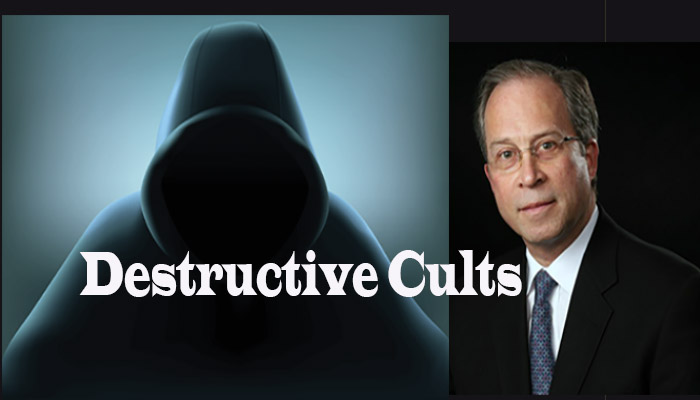 In a last year interview with Rick Ross, he asserts that the “MEK fits well into definition of cult”.  He believes the lack of transparency and accountability makes the leaders of the Mujahedin Khalq (the MKO/ MEK/ PMOI/ the Cult of Rajavi) almost undefeatable in their shameful acts of sexual exploitation of members; in such cults, he contend, “the personality of the member is dissolved to a greater entity, i.e., the collective spirit which is imbued by the Big Brother mentality who control their thought and action.” [1]

Based on Rick Ross’s website and his book”Cults Inside Out”in the chapter”Defining a Destructive Cult”,  though there is a great deal of variation among cults, certain common themes are present in destructive cult groups.

Charismatic Leadership: Claiming divinity or special knowledge and demanding un-questioning obedience with power and privilege. Leadership may consist of one individual or a small core of leaders.

Deception: Recruiting and fundraising with hidden objectives and without full disclosure of the use of mind controlling techniques; and the use of “front groups.”

Exclusivity: Secretiveness or vagueness by followers regarding activities and beliefs.

Alienation: Separation from family, friends and society, including a change in values and substitution of the cult as the new “family;” evidence of the subtle or abrupt personality changes.

Exploitation: Can be financial, physical, or psychological; pressure to give money, to spend a great deal on courses or give excessively to special projects and to engage in inappropriate sexual activities, even child abuse.

“In my opinion, the MEK fits well within the three core criteria often used to define a destructive cult based upon the structure, dynamics and behavior of the group,” Rick Ross states. “MEK also uses thought reform and coercive persuasion to gain undue influence over its members.” [3]

What are “mind control” techniques?

Group Pressure and “Love Bombing” discourages doubts and reinforces the need to belong through use of child-like games, singing, hugging, touching, or flattery.

Isolation/Separation creates inability or lack of desire to verify information provided by the group with reality.

Thought-Stopping Techniques introduce recruit to meditating, chanting, and repetitious activities which, when used excessively induce a state of high suggestibility.

Fear and Guilt induced by eliciting confession to produce intimacy and to reveal fears and secrets, to create emotional vulnerability by over and covert threats, as well as alternation of punishment and reward.

“Whatever the rules are within MEK is not the point,” Rick Ross says. “What is relevant is that the Rajavis can make new rules, change rules and do whatever they want. Their rules are typically used to manipulate and control their followers. They like what they control and don’t like what they don’t control. The Rajavis then use that undue influence to exploit and manipulate MEK members for their own benefit and financial gain.” [4]

According to Rick Ross, “Rajavi and his wife are the defining role of authoritarian charismatic leadership that has become the focus, defining element and driving force of MEK. There are no checks and balances to their power, meaningful accountability or transparency.” [5]

[1]Habilian, MEK fits well within the criteria used to define a cult, February 07, 2017