Iranian security forces have thwarted acts of terror by more than 30 terrorist cells other than Daesh Takfiri group in recent years, an official with Iran’s Intelligence Ministry says. 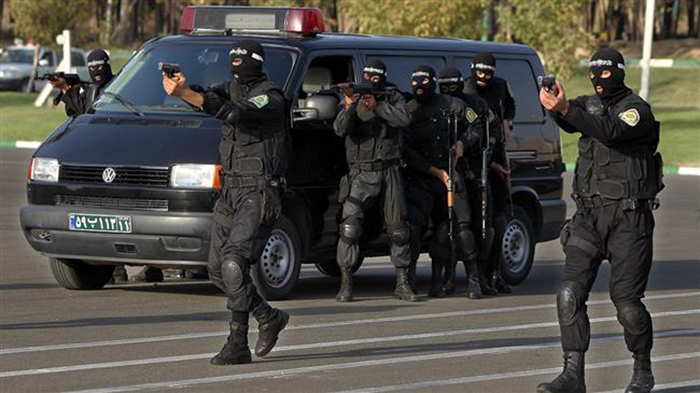 “More than 30 armed terrorist groups had plans to carry out measures over the past few years to make the country insecure and disturb the peace of the [Iranian] people,” the deputy intelligence minister for counter-terrorism said in the southern city of Shiraz on Sunday.

He added that all the terrorist moves had been foiled thanks to the vigilance of the Iranian people and great efforts by security forces in cooperation with Iran’s Islamic Revolution Guards Corps (IRGC), Army, the police force and the judicial system.

The unnamed Intelligence Ministry’s official stressed the importance of remaining vigilant in the face of new plots by terrorists and their regional and international supporters.

The IRGC Ground Forces’ Najaf base said late in January that it had arrested a number of Daesh Takfiri terrorists in the west of the country.

Following intelligence activities, the IRGC division engaged in clashes with 21 members of the Daesh terrorist group, which had entered the country through its western borders.

Brigadier General Mohammad Pakpour, the commander of the IRGC Ground Forces, said that 16 Daesh terrorists had been arrested during the operation while a number of them were killed.

On January 5, Iran’s security forces disbanded a local of the Mujahedin-e Khalq Organization (MKO) terrorist group, which had carried out acts of sabotage during recent protests in some Iranian cities over rising prices and economic problems.

According to Lorestan Province’s intelligence department, the MKO-affiliated terrorists were identified and arrested in the city of Borujerd.

It came a day after the Intelligence Ministry said Iranian security forces had dismantled a terrorist group and arrested its members in the country’s northwestern province of West Azarbaijan.

The ministry issued a statement, saying the terrorist group “which had infiltrated into Iran with the aim of fueling the recent unrest” was put under surveillance in the northwestern city of Piranshahr.

Iran’s top security official has criticized Europe for trying to appease US President Donald Trump who has threatened to scuttle a 2015 nuclear deal with Tehran if radical changes are not made to it.

The criticism by Secretary of Iran’s Supreme National Security Council Ali Shamkhani on Monday came as French Foreign Minister Jean-Yves Le Drian began his visit to Tehran with a threat of sanctions over the country’s missile capabilities.

“The European policy of giving concessions to America in order to keep the country in the JCPOA is wrong, indicating passiveness and submission to Trump’s psychological game,” he told Le Drian in a meeting.

Britain, France and Germany are reportedly working with US officials to draw up a strategy to “improve” the Iran nuclear deal in return for Trump keeping the pact alive.

Shamkhani warned that any move which leads to the failure of the Joint Comprehensive Plan of Action (JCPOA) – as the nuclear accord is officially called – will make other international agreements lose their validity.

“The logic of any international agreement is that all parties and the international community protect it. Demands from one party for adherence and indifference to the violations of the other side are not acceptable,” he said.

Trump has set a May 12 ultimatum for the European signatories to change the agreement or have the US leave it altogether.

The US president has demanded that Iran’s ballistic missile program be knit into the deal for restrictions and international inspections of all sites deemed suspect be allowed while “sunset” clauses under which limits on the Iranian nuclear program start to expire after 10 years be removed.

Iranian Armed Forces spokesman Masoud Jazayeri said Monday that the country will press on with its missile program regardless of Western pressure to halt it.

“Iran’s missile program will continue non-stop and foreign powers have no right to intervene on this issue,” he said, stressing that no Iranian official had permission to “discuss this issue with foreigners.”

He was responding to the French foreign minister’s remarks ahead of his visit on Sunday, saying that Iran had to address “concerns” over its ballistic missile program or risk new sanctions.

“There are ballistic programs of missiles that can reach several thousand kilometers which are not compatible with UN Security Council resolutions and exceed the sole need of defending Iran’s borders,” he told the Journal du Dimanche newspaper. “If not tackled head-on, this country risks new sanctions.”

Le Drian will hold meetings next with President Hassan Rouhani and Foreign Minister Mohammad Javad Zarif amid expectations of tough and “frank” talks, especially with the top Iranian diplomat who is known for his no-nonsense style.

Iranian officials are already vexed by French leaders’ characterization of Iran’s missile program and its role in the Middle East in disparaging terms.

Shamkhani reminded France’s top diplomat of Iran’s “costly” contribution to the anti-terror fight in the region, saying terrorism could have grown out of hand in Europe, including France, had it not been for Iran’s efforts.

Paris, the official said, should reciprocate by confronting France-based terrorists of Mujahedin Khalq Organization (MKO), who have the blood of thousands of Iranians on their hands.

Instead, France’s continuing tolerance of the MKO contradicts its international obligation regarding terrorism and is counterproductive to growing relations between Tehran and Paris, he said.

Shamkhani further touched on the US and Europeans’ indifference to a Saudi-led “campaign of bloodshed and destruction” in Yemen and at the same time trying to blame the Yemeni crisis on Iran.

The contradictory approach, he said, has given rise to the speculation that economic interests are given preference over human rights, he said.

Le Drian, for his part, said the prospects of political and economic relations between Iran and France were “very positive” in the wake of the nuclear agreement.

He said new measures will be announced soon in order to “seriously” facilitate monetary and banking ties between Iran and France.