A terrorist attack shook the southwestern city of Ahvaz in the Islamic Republic of Iran on Saturday September 22 morning of during a military parade in commemoration of the anniversary of the war with Saddam Hussein’s regime in the 1980s.

A group of terrorists opened fire at the soldiers in the military parade and the crowd, which included women and children where at least 25 people were killed and 55 others wounded according to IRNA news agency.

According to Tasnim new agency, the terrorist group infiltrated the back position of the military parade and from that position fired shots at the ceremony.

The terrorists could not penetrate the ceremony but fired from a distance, where they initially targeted the memorial platform where high profile attendees were sitting and Islamic Revolutionary Guards Corps, fleeing after they opened fire.

Ali Hussein Zadeh, the assistant of the head of political affairs in Khuzestan province, told Tasnim news agency that four terrorists carried out the attack, adding “the number of martyrs is increasing and the condition of some of the wounded is critical”.

Meanwhile, the Iranian FARS news agency quoted an informed source as saying that two terrorists were killed and another wounded while a fourth was arrested by security forces during the terrorist attack in the city of Ahvaz.

President of the Islamic Republic of Iran, Hassan Rouhani said on Sunday that the terrorists who carried out the Ahvaz terrorist attack on Saturday had received support from neighboring countries in the Persian Gulf, stressing that those involved in the terrorist attack will not escape punishment and that Iran’s retaliation will be crushing.

Rouhani said in a speech on Sunday that he would leave Tehran for New York to participate in the UN General Assembly, saying Iran will not go easy on the Ahvaz’s crime, pointing out that the US administration is behind these young mercenaries.  “We know who committed the crime of Ahvaz and who is behind them, and we will respond to the crime in accordance with the laws and interests of the country”, Rouhani reiterated.

As the word governments condemned this act of terror against the Islamic Republic of Iran, the US administration and its regional gulf puppet KSA and UAE kept silent. This muffled stance was in divergence to that of other nations, which offered their sympathies to the victims and condemnation of the attack, with several ambassadors in Tehran writing personal messages, while leaders such as Russian President Vladimir Putin and President Bashar Assad released official statements.

US, MEK and Ahwazia Coordination

The aggressors are a terrorist organization backed by Washington and Tel Aviv and funded by Saudi Arabia under the name of “Ahwazia”, an extremist ethnic terrorist organization that claims to defend the rights of Arab Iranians.  Iranian researcher Dr. Mohamed Sadiq al-Husseini wrote that according to Iranian intelligence sources revealed that the terrorist attack of Ahvaz city was conducted in coordination between the “People’s Mojahedin Organization” of Iran or the “Mojahedin-e Khalq” [MEK] and the “Ahwazia” an Arab-Iranian separatist group with alleged connections to Saudi Arabia, also known as the “Ahvaz National Resistance”.

This link would directly put the US on top of the list of suspects who most probably have incited these terrorist attacks against Iran.

Keeping in mind that that the MEK, an Iranian cult of highly suspicious funding which is beloved by Trump insiders like John Bolton and Rudolph Giuliani for its extremely vocal pro-regime change agenda, was removed from the US State Department’s list of designated terrorist organizations by none other than Hillary Rodham Clinton.  After its extensive lobbying campaign in Washington in 2012, Hillary Clinton de-listed the Iranian dissident MEK, from the State Department’s terror list.

The delisting happened despite NBC News’ report that the MEK has been murdering Iranian nuclear scientists in broad daylight.  The report by Richard Engel and Robert Windrem cited US officials who said MEK members teamed up with “Israelis” to attach small magnetic bombs to the exterior of scientists’ cars before detonating them.  As a result, five nuclear scientists since 2007 have been killed so far. But apparently the State Department did not buy that report, as they told “The Washington Post” in September 2012 that the group has “renounced violence and turned over its weapons to US forces.”

In the current US administration, there are even much more aggressive support for the MEK represented by none other than the warmongering John Bolton. Bolton has also long backed the cult-like terrorist group despite the fact that the MEK has been held responsible for the murder of multiple American military personnel, a kidnapping attempt of a US Ambassador, and other violent attacks in Iran before the 1979 Islamic Revolution.

The MEK was based in Iraq during the regime of Saddam Hussein, who provided arms, financial assistance, and political support.  In 1997, it was among the first groups cited on the US list of foreign terrorist organizations.

However, as it was removed from that list by Hillary Clinton in 2012, Bolton has since spoke at an MEK rally in 2017, for the eighth time, in Paris.  Other speakers at MEK rallies have reportedly been paid tens of thousands of dollars for their appearances.

US President Donald Trump’s rhetoric about supporting the Iranian people has always been void, but promoting someone with Bolton’s views and connections to the highest level of government shows just how devious that rhetoric is. Whenever Bolton talks about supporting “the Iranian opposition,” these cultists are the people he’s talking about.  When he talks about regime change in Iran, he thinks these are the people should take over.

To date, no American MEK booster has risen as high in the government, but now the group will have an admirer advising the controversial US president on a daily basis.

According to Dr. Mohamed Sadiq al-Husseini, an intelligence source specialized in Iranian affairs revealed to him the following details concerning the terrorist attack that took place on Saturday morning in Ahvaz:

1) The elements carrying out the armed terrorist attack on the military parade were trained in a Saudi camp southeast of Riyadh specialized for training members of the People’s Mujahideen MEK and other Iranian opposition groups.

2) The training is conducted by Jordanian and Saudi officers under the supervision of US Central Intelligence generals and “Israeli” generals.

3) All camp operations and needs are funded through the Saudi Ministry of Defense.  The funding includes the transfer of Iranian elements from European countries, especially from Albania to the Saudi run camp.

4) CIA and Mossad elements manage operational tasks, such as moving terrorists and weapons into Iran through commercial companies and non-governmental organizations located in Iraq’s Al-Basra city.

5) The CIA and Mossad assets in Al-Basra have nothing to do with training and their responsibilities are limited to logistics.

Recently, Beirut based Al-Manar TV channel revealed reports that training for the elements of the MEK is taking place in Western countries, “Israel” and in special camps inside Saudi Arabia, and terrorist cells are being moved to incite acts of terrorism against Iran through demonstrations and protests funded by intelligence agencies in those western countries.  According to these reports, leaders of MEK have met several times with “Israeli” security officials inside and outside “Israel”.

US officials, including the current national security adviser, have no illusions about the MEK’s disingenuous propaganda lines about seeking democracy or enjoying support inside Iran.  They know very well how despised the MEK is in that country.  Unlike other Iranian opposition groups, however, the MEK can mount military operations.  Its members are experienced in sabotage, assassinations, and terrorism, as well as in guerrilla and conventional warfare.

Hence, they possess qualities that are extremely useful for the US’s strategic objective to cause either regime change (by invasion) or regime collapse (by destabilization).

In other words, for Washington’s anti-Iran neocons, the MEK is not needed to replace the current government and Supreme leader in Iran; it just needs to assist its desired collapse with Saudi funding.  After all the losses incurred by the US foreign policy in the middle east due to incompetent regional allies, the US’s wishful thinking that ensuing chaos would weaken Iran and shift the regional balance of power toward US allies like “Israel” and Saudi Arabia, will only trigger a wave of more losses that will accelerate the demise of the US puppet regimes in the region. 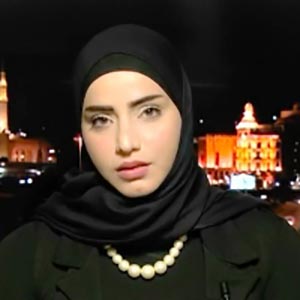