When in May 2005 the Human Rights Watch reported on the huge violations of human rights inside the Mujahedin Khalq Organization (the MKO/ MEK/ PMOI/ The Cult of Rajavi), the subtitle “Security Clearance” discussed the conditions in which human rights abuses took place in the group’s camps.  “During late 1994 and early 1995, many members of the MKO were arrested by the organization’s operatives inside their camps in Iraq,” the report reads. “They were interrogated and accused of spying for the Iranian government. They were released in mid-1995 after being forced to sign false confessions and stating their loyalty to the leaders.”

The authors of the HRW’s report “NO EXIT”, interviewed five former members of the group Farhad Javaheri-Yar, Ali Ghashghavi, Alireza Mirasgari, Akbar Akbari, and Abbas Sadeghinejad. “According to their testimonies—detailed in the next section—the purpose of these arrests was to intimidate dissidents and obtain false confessions from them stating that they were agents of Iranian government. This period was known as the “security clearance”.”

Human rights abuses carried out by MKO leaders against dissident members ranged from prolonged incommunicado and solitary confinement to beatings, verbal and psychological abuse, coerced confessions, threats of execution, and torture that in two cases led to death.

Based on NO EXIT report, the severe cases of torture ended with the death of at least two people Parviz Ahmadi and Ghorban Ali Torabi. However, after the report was published in 2005, a lot of testimonies and memoirs of defectors were published confirming the HRW’s report and in many cases, numerous facts on the human rights abuses in the MKO were added to those that were stated in the report.

Since the relocation of the Mujahedin Khalq Organization in Albania and the increased defection from the group, more revelations were made on the “Security Clearance” in 1994 and 1995. Gholam Reza Shokri who left the group in 2017 recounted his traumatic experience of torture in the MKO’s jail in an interview with Spiegel. 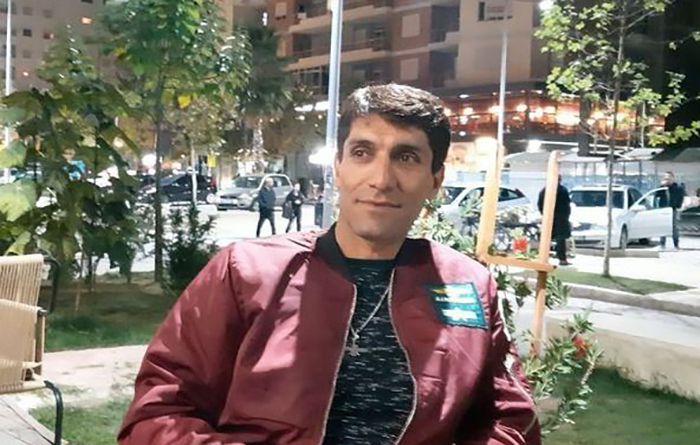 Shokri spent 27 years of his life in the cult-like MKO. He was only 20 years old and willing to find a good job in Europe when he was recruited by the MKO in Iraq. The MKO agents promised to help him get the European visa only if he stayed in their camp for a few months.

As soon as he entered the organization, they confiscated his ID documents and never gave him back.” whenever I asked for my ID, they would say that they had no idea where it was.”

Thus, Shokri had no way out of the MKO camp but he frequently used to ask the leaders when he could leave the cult. This question was considered a sin by the leaders. Departure from the MKO was forbidden and showing your willingness for leaving the group would be faced with suppression, imprisonment and torture. So he was imprisoned in solitary confinement.

Shokri said that they had closed their eyes and took him to a clandestine jail. “They insulted me calling me spy of the Mullah’s regime,” he recounts. “They beat me in my legs so badly that I could not walk; they were bleeding. They tied my hands with hand coughs for a week. After a week my hands had no sense; I put the fire of a cigarette on them but I didn’t feel it burn. Then they forced me to stand up for one more week. Each time that I fell down out of fatigue, they would beat me so hard that I had to stand up again.”

Shokri recalled that after a week his legs were bruised and turned black. Blood did not circulate to his head so he fainted. He showed the scars on his legs to the interviewer.

He was under torture for 45 days. Finally Massoud Rajavi called on the tortured members and threatened them that if they expose what has happened to them and if they intend to leave the group they would be handed over to Iraqi authorities under the regime of Saddam Hussein. This meant that more torture or death would be waiting for them.

Thus, Shokri stayed in the MKO for another 23 years until September 21st , 2016 that the group leaders finally let him leave.