A Film About MEK History

“I was born during the war, which had lasted for so long that I thought that it would be forever and would never end. When I heard people talking about the frontline I imagined it was a geographical location like a sea or a forest near the borderlines of each country where the war took place. We were in our childhood, experiencing a certain way of life. We chanted slogans in the schools and talked about certain issues and heard about subjects from the media that deeply influenced our hearts and minds. Today, the experiences of those years caused me to be interested in returning to those years with new feelings and perceptions, which come from awareness, and I want to recollect the memories of those years again.” 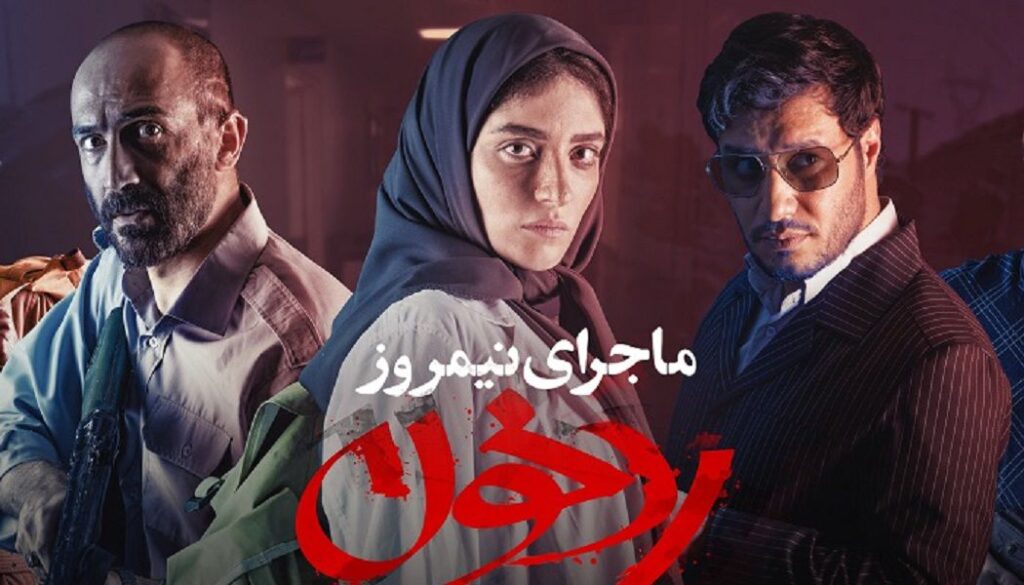 Mohammad-Hossein Mahdavian made the remarks during the Fajr Film Festival in Tehran in February after the premiere of his latest political thriller, “Trace of Blood”, which is currently on screen at Iranian theaters.

Perhaps nobody imagined that a filmmaker of political thrillers was being born in the new wave of Iranian cinema in 2016 when Mahdavian made his debut feature “Standing in the Dust” at 34.

The film recounted the life story of Ahmad Motevasselian, an IRGC commander who was kidnapped by the Zionist regime in 1982 in Lebanon.

The choice of subject matter was viewed by critics as an easy and clever way for the newcomer to obtain approval for the film from Iranian cultural officials.

At the time, the film was produced at the Owj Arts and Media Organization, a Tehran-based institution that produces revolutionary works in art and cinema. Nowadays, the projects that the organization supports no longer face burdensome bureaucratic hurdles imposed by the state.

“‘Standing in the Dust’ was the most customized movie I have ever made, and was my most popular film and also received critics acclaim,” Mahdavian told the Persian daily Sharq after the premiere of “Trace of Blood”.

“‘Lottery’ was my most independently produced film, but it failed to satisfy the critics,” he added.

A year later, Mahdavian’s second movie, “The Midday Event” on the terrorist activities of the Mojahedin-e-Khalq Organization (MKO) in Iran in the 1980s, demonstrated his passion for factual political stories taken from modern Iranian history.

In this film, the new government, after toppling the Shah in 1979, assembles a security group to fight against MKO’s terrorist attacks in 1982.

His third film, “Lottery” about trafficking Iranian women to the United Arab Emirates was viewed as regressive by critics.

“I have the courage to make a film and accept the negative reviews. But what urges me to continue on this path is the people for whom I make the films,” he noted.

“Trace of Blood”, also known as “Blood Trap”, is a sequel to “The Midday Event”. In this film, Iranian security forces come together in 1988 to trace the MKO’s undercover agents, which had penetrated the security forces in 1982. They also want to foil Operation Eternal Light, which the MKO carried out against Iran with the full support of the Iraqi dictator, Saddam.

The stories of “The Midday Event” and “Trace of Blood” were set in the 1980s when Mahdavian and Ebrahim Amini, with whom he co-wrote the screenplays for the films, were only children.

However, in an interview with Mahdavian, veteran critic Hushang Golmakani, who works for the Persian monthly Film, called the details of the sets and dialogues of “Trace of Blood” perfect.

“The film has the potential to be biased, but it has maintained its balance. The film has very good dialogues and perfect ending,” Golmakani noted.

It appears that a perfect filmmaker who is genuinely skilled in transforming real political narratives into films has emerged. However, he wants to try his hand at other genres.

“There is no time to lose; life is too short and I haven’t made a lot of films. Certainly, I will try other genres—I don’t know when—but I want to try something different,” he said.

“If I find a different story appropriate enough to be turned into a film, of course I will make it. Once, I even wanted to make a film for children, because whenever we intend to take our children to the cinema, we can’t find films entertaining enough for children,” he added.

The social theme of the story in “Lottery” from his short but brilliant career reflected a shift. Centering on topics such as sex trafficking rings in Iran is a bit much for this cinema. His camera should be focused on major stories such as the Iran hostage crisis in 1979, which has been distorted by numerous biased movies from Iranian and foreign filmmakers, including Ben Affleck’s 2012 movie “Argo”.

Mahdavian seems to go his own way in filmmaking. He is clever enough to avoid joining specific currents, which tend to categorize everything by the rules of politics. His avoidance of these trends should help prevent him from being tagged as a governmental filmmaker.
By Seyyed Mostafa Mousavi Sabet