On 23 October, the Albanian Chief of Police exposed himself to ridicule by reading out badly a prepared statement written by the MEK disseminating fake news. The statement claimed that a terrorist cell run by an individual in Iran, helped by several named individuals involved in organised crime and a MEK associate who lives in Austria and whose mother is trapped in the MEK camp in Manëz, Durres, were intent on plotting to kill the Mojahedin in Albania in March 2018. This is what the Police Chief read out loud. No evidence was produced.

To counter the backlash, the MEK sent one of their veteran spokespersons to Albania in a bid to exert some damage limitation. However, the MEK only managed to make things worse by publicly and randomly accused some former MEK members who, having rejected the group, now live peaceful and law abiding lives in the capital Tirana, of being “agents of the Iranian regime”. The MEK appear to have forgotten that they are embroiled in a court case over exactly this stupid accusation. Albanian journalist Gjergji Thanasi has sued MEK member Behzad Saffari for defamation after Saffari several times made public accusations that Thanasi is an “agent of the Iranian regime”. Putting aside the question ‘what does that actually mean and who actually cares’, we can see there is a clear pattern here. The MEK defends itself by spuriously and falsely attacking others.
In response, a group of former MEK members in Tirana visited the Interior Ministry to denounce the MEK and its fake news and fake labels.[Iran-Interlink comment]

Former members of MEK , the Iranian opposition in Albania, who broke away from the organization, told ABC News on Friday that they live in Albania with residence permits and work permits issued by the Interior Ministry and respect the laws of the country. They consider their former comrades-in-arms to be terrorists and said they were witnesses of the massacres they committed.

Representatives of the Iranian opposition in Albania said on Thursday that other persons, former MEK members, are also in Albania, who, according to them, are ‘agents of the regime’ and should be arrested and expelled from Albania. Ali Safavi, a member of the National Council of Resistance of Iran, told ABC News that Gholam Zadeh Shekari, Hassan Hayrani (Hajrani), Rahman Mohammadi are in Albania, but he doesn’t know where they live.

The aforementioned persons, former MEK members who left the organization, told ABC News on Friday that they live in Albania with residence permits and work permits issued by the Interior Ministry and that they respect the laws of the country.

ABC News: Can you tell me your name?

My name is Abdurrahman Mohammadian and I am a former member of the Mojahedin. I separated from this organization two or three years ago and I now live my life in Tirana.

ABC News: What about your friends?

ABC News: Are you affiliated with the Iranian government?

No, we do not support anyone, no party, we live our personal lives and we do not want any problems with anyone. But this organization does not want us in this country because we live as free people. They do not want us to live here because other people within the organization see us living as free people and maybe want to come out too. So, they put pressure on us to leave this place because our freedom here is not good for them.

ABC News: Why did you leave MEK?

ABC News: Do you have permission from the Albanian government to live outside the camp?

Yes, we have permits and every year we renew them and…

ABC News: Who gave the permission?

Eyewitness: condition at Liberty was one hundred percent better than Ashraf 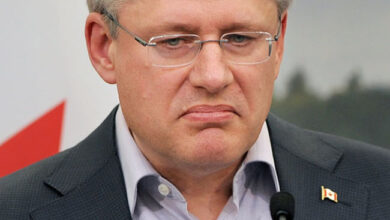 It is OK for Mr. Harper to take MEK’s money