A letter written by a group of Tehrani families of the MEK members in Albania addressed to the representative of WHO in Albania, shows concern about the health of the loved ones in the MEK camp. 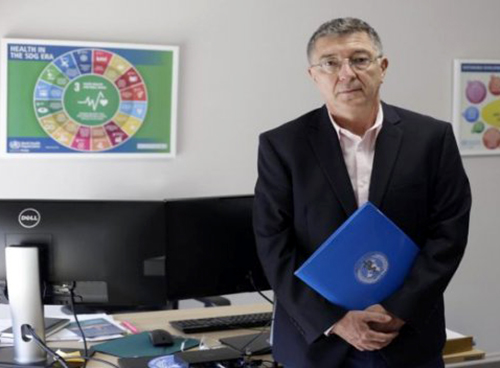 Dear Sir,
With regards, we address you on behalf of hundreds of suffering families of members of the Iranian Mojahedin-e Khalq Organization (MEK, MKO, better known as the Rajavi cult) residing in a remote isolated camp in Albania, about their severe health situation considering the COVID-19 pandemic.
You are probably aware that a South Korean cult has been responsible for the rapid spread of Coronavirus in the country. The Shincheonji Church of Jesus is held accountable for the rapid spread of COVID-19 among the members and for the decision to send thousands of adherents out into public which contributed to the rapid spread of the virus.
The leaders of the Shincheonji Church of Jesus frequently visited China and the members subsequently socialized with the Korean community without revealing the fact that many of their members are fatally ill.
In a similar way, leading members of the MEK which is based in Albania, make frequent visits to Italy, which has the largest cluster of infections after China. Although the members live in a secretive closed camp named Camp Ashraf 3, some socialize with the Albanian community around them while shopping or visiting officials. The cult’s leaders occupy an entire floor of the International hotel in the middle of the capital Tirana.

There are now rumors from inside the cult’s closed camp in Manez that some members have vanished, and some are showing signs of flu-like viral sickness. The MEK will certainly not reveal any illnesses inside the cult. They have always kept the cause of deaths inside their camp secret.

The problems surrounding the South Korean cult exist in just the same way with MEK. Unaccountable leadership, isolated and secretive membership. The members are mostly elderly, and many are sick and weak and therefore vulnerable to death following infection. The MEK have no testing kits or medical capability to deal with an outbreak. It is uncertain whether they would even accept any help offered.
The MEK with this secrecy is now considered as a health and hygiene threat for Europe in general and for Albania in particular. Unlike the South Korean cult, the MEK consists fewer than 2,000 members. Most of these are contained in a closed camp to which Albanian authorities have no access. The authorities must hold the MEK leaders accountable. Leader Maryam Rajavi must allow full access and investigation into what is happening inside Camp Ashraf 3 and submit the members to Coronavirus testing.
The WHO has a vital role to play in this situation.

With respect,
A group of Tehrani families of MEK members in Albania

Letter from Mr. Ali Akbar Gholami Khairabadi to WHO expressing concern about the…