On Wednesday morning, just a few hours after once again threatening to go to war with Iran, President Donald Trump shared a tweet from an account from someone by the name of Heshmat Alavi. Like many of the tweets the president circulates, Alavi was praising Trump, this time for his hard-line stance against the Islamic Republic.

Trump’s amplification of the post was bad enough on its own: Alavi is a supporter of a militant Iranian cult called the Mojahedin-e-Khalq, known as the MEK, an organization that was designated for decades as a terrorist organization and is widely hated inside Iran. What makes it even worse, however, is that Heshmat Alavi does not exist.

As The Intercept reported last June, Alavi is a composite identity run by a team of MEK members based mainly at the group’s compound in Albania, according to defectors who were involved with managing the account and other sources.

“Heshmat Alavi is a persona run by a team of people from the political wing of the MEK,” a former MEK member named Hassan Heyrani, who helped manage the Alavi persona in Albania, told The Intercept in 2019. “They write whatever they are directed by their commanders and use this name to place articles in the press. This is not and has never been a real person.”

In a blog post published after The Intercept story, the Alavi account admitted for the first time that there was no real Heshmat Alavi, claiming instead to be using a pseudonym. “No, I will never reveal my real identity or photograph,” the account wrote. “No activist in his/her right mind would do so. That would place all of my family, friends and myself, both inside & outside of Iran, in complete danger.”

While the Alavi account has never declared itself a member of the MEK, the content produced under the name frequently toed a pro-MEK line. In the same post published after The Intercept story, however, the account explicitly stated its support of the group: “Why do I support the MEK? 1) They have an organization. 2) They have an agenda. 3) They are serious and dedicated.”

Under Alavi’s name, a steady stream of blog posts and tweets have been produced over the years, always advocating harsh U.S. policies toward Iran and occasionally sliding in messages of support for the MEK and its leadership. And it’s not just social media activity: Articles under Alavi’s name were published in an array of mostly right-leaning news outlets in the U.S. At least one of these articles, published under Alavi’s name in Forbes, was cited in the past by the Trump administration to the press to justify its aggressive Iran policy.

Following The Intercept’s 2019 expose, publications like Forbes, the Daily Caller, and The Diplomat that had published articles by Alavi either removed or updated them to reflect his nonexistence as a person.

While news outlets with editorial standards showed a willingness to remove articles by people demonstrated to not exist, social media outlets like Twitter remain useful vectors for getting misinformation out to the public — as in Alavi’s case. Today, Alavi’s account still exists and is still producing superhuman amounts of content.

The account was briefly suspended following The Intercept’s report, but after a storm of pro-MEK advocates tweeting at Twitter’s support account and the company’s CEO, the account was reinstated a few days later. Twitter does not comment on its decisions regarding individual users, but a source familiar with the organization told the Saudi-government owned al-Arabiya news that, after temporarily being banned, the Alavi account was reactivated after being deemed a “credible use of pseudonymity.”

Social media companies have been under increasing criticism for their roles in helping amplify disinformation, including from sources connected to foreign governments and political movements. During the 2016 presidential election, troll farms connected to the Russian government were accused of helping sway American public sentiment over the vote. These activities are only believed to have increased since then.

The MEK, for its part, has a checkered history. A half-century-old revolutionary group, the organization has cycled through ideologies and tactics — from Marxism to democratic advocacy, from terrorist violence to protests and active lobbying in Washington — to rise to prominence. The turn toward seeking U.S. support is a decade-old tactic for a group that once allied with the Palestinian Liberation Organization and, in the 1980s and 1990s, Iraqi dictator Saddam Hussain.

This year, an Intercept investigation documented allegations by former members of the group depicting a cult-like atmosphere inside the organization. The former members detailed practices of forced sterilization, torture, and other methods of controlling followers. 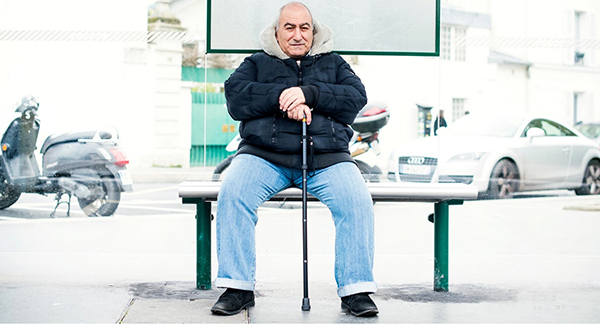 Nonetheless, the MEK now has powerful allies throughout Washington. Most notably, as of today, the group has found a friend in the White House — a president who has never been uncomfortable with blurring the lines between reality and falsehood.