has sent to the Prime Minister of Albania, Edi Rama. 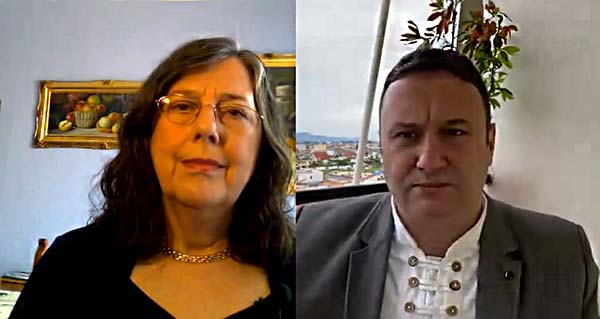 This petition which is being signed by thousands of persons in Iran and in the world:

asks the Albanian government to issue visas for Iranian families who want to meet their relatives who are being held as radicalized jihadis in the Mojahedin-e Khalq (MEK) camp in Manza in Albania.

This petition has alerted the MEK command and their cult leader Maryam Rajavi who are attacking the families of their soldiers as Iranian agents and doing their best to stop the Albanian government from allowing Iranian families to come and meet their radicalized relatives in Albania.


Olsi and Anne discuss the nature of MEK, their fear of free media, democracy and an open society and their attacks against media such as the BBC, Channel 4, New York Times, al-Jazeera and the journalists in general.
They analyze the behavior of MEK, the Albanian government and the American administration which has turned the MEK camp in Manza into a center of illegal activities and a concentration camp for thousands of MEK who are deprived from their freedoms and human rights.