The Interview With Prof. Tim Anderson

The Mojahedin-e Khalq is the name of a terrorist organization, this sect has committed many crimes in its dark life, such as the assassination of thousands of Iranians, Kurds and Americans. We talk about this regard with Professor Tim Anderson, the professor of the University of Sydney, a writer, researcher and anti-imperialist activist. 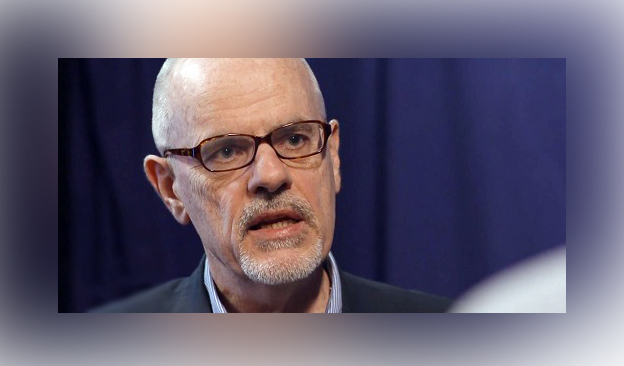 Q1. According to the news about the cooperation of MEK with spy agencies such as Mossad and the CIA in creating violence and terror in Iran, as well as their cooperation with ISIS in the war with Syria, how do you assess the nature of MEK in this regard?

Pr. Anderson: In the 1970s the MEK participated in the anti-Shah movement but then rapidly fell out with the Islamic Republic and sought refuge with Saddam Hussein in Iraq. In that collaboration they betrayed Iran so badly that they cut off any possibility of return and became a violent and secretive cult in exile, only able to survive through deals with foreign sponsors. MEK terrorism during the Iran-Iraq war will not be forgotten by Iranians with a sense of history. For example, the US Government confirms that in 1981 the MEK “detonated bombs in the head office of the Islamic Republic Party and the Premier’s office, killing some 70 high-ranking Iranian officials, including Chief Justice Ayatollah Mohammad Beheshti, President Mohammad-Ali Rajaei, and Premier Mohammad-Javad Bahonar”. Then later during that war Saddam Hussein “armed the MEK with military equipment and sent it into action against Iranian forces” (US Dept State 2006). Their current sponsors admit that the MEK attacked the volunteers who were defending the Iranian nation.

Q2. MEK in Albania are trying to influence the Albanian authorities to develop their goals in that country, so that now the Albanians can’t even speak against them, like the story of the George Thanasi’s complaint who is upset about the presence of a terrorist group in his country and has revealed their true terrorist face to the world and because of the influence of the MEK in the Albanian judiciary, he has not yet succeeded in resolving his complaint against MEK. Aren’t the Albanian people the ones who do the most harm in hosting Mujahedin-e Khalq?

Pr. Anderson: As in all such cases, we should not blame the people of Albania but rather the Albanian regime, which seeks to ingratiate itself with Washington (and get funds from Washington’s puppets, such as the al Saud regime) by hosting both the MEK and DAESH. Certainly this will cause problems for the Albanian people, as a sheltered terrorist group cannot be completely controlled. They will visit some degree of chaos on their host territory.

In this case investigative journalist Gjergji Thanasi has exposed MEK activities in Albania, pointing out that they pay no taxes and have helped bring DAESH families to the country. MEK activities were also denounced by Olsi Jazexhi, Director of the Free Media Institute in Tirana. Albanian MEPs subsequently met to discuss the MEK threat at home (EU Reporter 2018). Thanasi and others have since indicated that the MEK also poses a public health threat to the country, as its camps are not subject to national health measures (Khodabandeh 2020).

Q3. MEK claims about the human rights while they have violated almost all human rights laws, from forced divorce of the members and the separation of children from families and sending them to Europe and removing the womb of some women that were close to the leader of the organization and torturing and imprisoning members who are critical and dissatisfied with the organization’s leadership are all a gross violation of human rights. Can Mujahedin-e Khalq organization be expected to claim human rights with these inhumane acts which are happening to its members?

Pr. Anderson: The internal repression of the group can be better understood when we appreciate that this is an exile group cut off from any real base in Iranian society, and only able to operate and gain funds through its terrorism and propaganda, on the demand of its foreign sponsors. So while senior EU and US officials (recently Rudi Giuliani and John Bolton) visit their camps in Albania to speak of ‘freedom’, defectors tell of torture and forced sterilization of members (Hussain and Cole 2020). Of course they are unable to credibly speak of ‘human rights’, considering their internal repression and external terrorism. 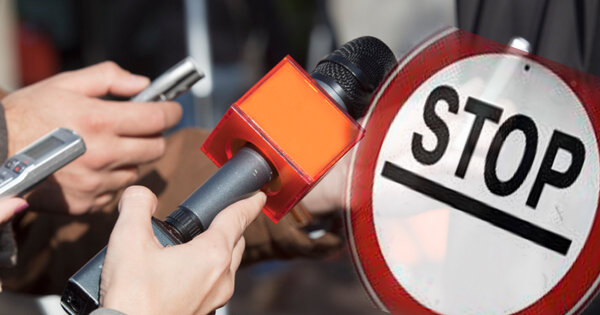 Q4. MEK are terrified that someone would enter their camp, they severely beat reporters who wanted to cover the camp from the world’s leading news agencies, such as Lindsay Hillsum, the reporter of Channel 4 of UK, and other reporters, what is this fear of reporters stands for? Are they trying to hide something or do they want to hide the facts of human rights violations inside the camp so that people do not know their true nature?

Pr. Anderson: Naturally the MEK leadership wants to hide the discontent within its own ranks. Remember that most of its young people were either not born in Iran or have no memory of the country against which they are now instructed to violently oppose. Many may even question if they are Iranian, having grown up in Iraq and Europe. The group has an existential and identity crisis, and no amount of Saudi money and visiting foreigners can hide that.

Q5. MEK, who call themselves a democratic group, assassinated 12,000 people in Iran alone, including many women, children and ordinary people, and even many members of this group were assassinated by the central members of the organization. They were killed for criticizing or seceding from the organization. Now, can this group claim democracy with these terrorist and sectarian acts?

Pr. Anderson: serious analyst considers the MEK as democratic, and this includes many amongst the ranks of their US sponsors. Frank talking amongst former US officials is widespread, partly due to the fact that the MEK was a listed terrorist group in the USA, from 1997 until 2012. Yet before and after 2012 former US officials say much the same thing: the MEK has little to no support within Iran and is detested by Iranian people, including Iranian-Americans.

For example, a 1994 US State Department report said: “shunned by most Iranians and fundamentally undemocratic, the Mojahedin-e Khalq are not a viable alternative to the current government of Iran” (Shermen 1994). Even a 2018 poll of Iranian Americans showed only 6 percent support for the MEK as a “legitimate alternative” to the current government. The year before a poll of Iranian Americans by the same group showed only 7% had a favourable view of Maryam Rajavi, the leader of the MEK (in Mehr 2019). Explaining this in 2019, former US Deputy Assistant Secretary of State, John Limbert, wrote that “Iranian Americans … knew the group well and detested it. They knew its murderous history in Iran” (Mehr 2019). All that is before we come to Iranians living in Iran.

Q6. At the beginning of the Iraq Ba’ath party’s war with Iran, MEK joined Saddam and fought against the people of their country, which killed many Iranians, and the Iranian people consider this group traitors and mercenaries and strongly hate them, even other opposition groups hate and avoid them, their goal is to gain power in Iran, in your opinion, does this group have any future in Iran with a record of betrayal against its own people and without any social place among the Iranian people?

Pr. Anderson: For reasons given above, the MEK has no future in Iran. It has no real base, having been cut off from the country for four decades. As even the US Rand Corporation and the American Enterprise Institute affirm, the MEK is only known within Iran for its treachery and collaboration against Iran with Saddam Hussein and foreign powers. A 2009 report for the Rand Corporation concluded: “most of the MeK rank-and-file are neither terrorists nor freedom fighters, but trapped and brainwashed people who would be willing to return to Iran if they were separated from the MeK leadership. Many members were lured to Iraq from other countries with false promises, only to have their passports confiscated by the MeK leadership, which uses physical abuse, imprisonment, and other methods to keep them from leaving” (Goulka, Hansell, Wilke and Larson 2009). Former Rand Corporation analyst Jeremiah Goulka explained “Once upon a time, the MEK did enjoy some measure of popular support in Iran … [but it has become] a cult group that will not bring democracy to Iran and has no popular support in the country” (Goulka 2012). So while Iran has, in the past, offered amnesty to rank and file MEK members who are Iranian, the MEK as a political group has no future within the country.

Q7. At the beginning of its establishment, this group started with anti-imperialist slogans and went so far as to assassinate 6 American officials and citizens in Iran, how is it that this group is now in the welcoming arms of United States and also United States trusts this group that killed American citizens and chanted anti-American slogans?

Pr. Anderson: Washington’s treatment of the group is cynical. US policy makers know very well that it has no future in Iran, but see the group as a tool which can be used to destabilise and spread misinformation – such as baseless and wildly exaggerated claims about poverty and COVID19 deaths in Iran. After the US turned against Saddam Hussein, the MEK’s fortunes and role in Iraq changed. US forces disarmed and sheltered the group after the brutal invasion of Iraq (the MEK offered no resistance) and the US has remained its chief sponsor and protector ever since (Scott 2012). When the Obama administration removed it from the US terrorist list in 2012, this was done with the hope that the now complaint group could be used against the Islamic Republic, they key supporter of independence struggles in the region (in Palestine, Lebanon, Syria, Iraq and, later on, Yemen).

Academic and former CIA analyst Paul Pillar says, contrary to the claims made by the Obama administration in 2012, that “the MEK certainly has been involved in lethal political violence since 2009”, but that is not of concern to Washington. Indeed, they direct MEK violence against Iran. The policy of the Trump regime “consists of using every any means available to hurt and pressure Iran, while paying little attention to the nature of the means used … if the MEK is opposed to the current political order in Tehran, that’s all that matters to the Trump administration”, said Pillar. Funds for the MEK come from the “regional rivals of Iran”. (Heirannia 2018). Iranian officials make it clear that this means Saudis Arabia, the chief source of funds and weapons for terrorism in the entire West Asian region.