The annual gathering of the Mujahedin Khalq Organization (the MKO/ MEK/ PMOI? Cult of Rajavi) went virtual this year on Friday, July 17, 2020. In the past, the group used to mobilize hundreds of people including students, Arab and African refugees from all over Europe for a free one-day Paris tour in order to wave Iranian flags in the group’s rented colossal hall every year around this time. 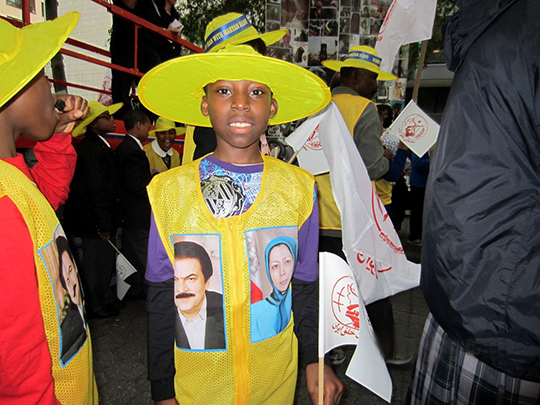 Bused Into MEK Rally, Attendees Don’t Really Understand What The MEK Is
This year, the gathering was semi-virtual and located in the group’s newly established base in Albania. The rank and file of the group were definitely the only ones who were made to attend the rally. However, the more important part of the participants were the virtual ones who, according to the MEK propaganda, were connected to the event from more than 30,000 locations worldwide. The group also claims that tens of thousands of people, in 102 countries in various time zones were connected to the summit. A number of questions come to a person’s common sense on such huge assertions: 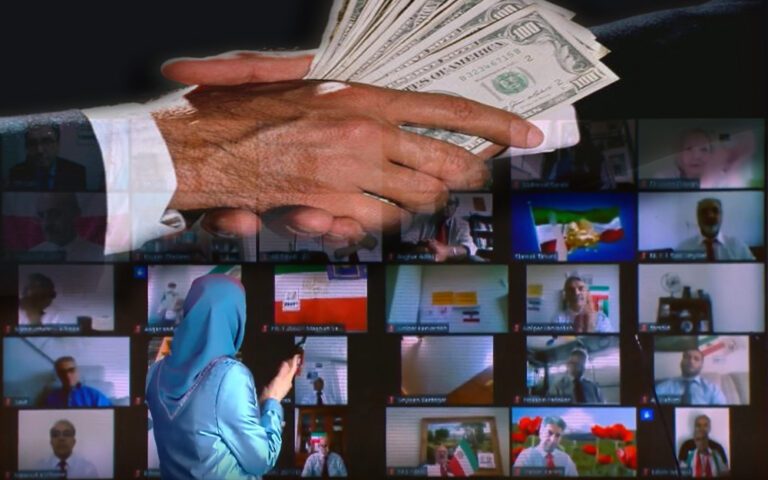 In fact, the faces shown on dozens of monitors around the hall may prove such a claim to some extent.

According to what the audience see in the videos of the so-called annual summit, the estimated number seem to be about 1200 connections at most. Is it technically practical to connect 30000 locations to an online conference?

The backbone for such an extended connection service is not simply accessible for an entity like Mujahedin Khalq which is not an internationally legal personality under any circumstance. Given that the group is so greatly financially sponsored that it can support such an enormous structure to connect 30 thousand people from different time zones all over the world, in Europe, another question is posed: where does the money come from?
This is a highly frequent question on the financial resources of the MEK. The answer can range from the_oil_for_food programme in the era of Saddam Hussein to the Saudi government particularly Prince Bin Salman who gives them the tribune of its Persian-language TV channel Iran International.

However, a close investigation on what really took place in the MEK’s lavish online gathering indicates significant facts about the truth of such a luxurious appearance with large displays and organized audience of whom the real ones remind us of marches in North Korea. In fact, in a cult-like hierarchy, to organize the rank and file to launch such a gathering is a piece of cake. It is possible because as Elizabeth Rubin of the New York Times describes them”a fictional world of female worker bees”, the MEK members are hard workers with no payment but coerced minds. But how many people could the MEK leaders organize from out of the Ashraf world?

The number of live viewers in the MEK-linked accounts on social media such as Instagram did not seem to be more than a few dozen while the number of viewers of an average Iranian influencer on Instagram usually reaches hundreds to thousands. Therefore, the group’s claim to represent the Iranian people is totally disapproved because nobody can deny the influence of social media in the Iranian community.

There are also some other participants in the MEK’s online summit including those few number of the group’s sympathizers that are usually besieged from all over the US to gather in front of the white house or those very few people in European capitals.

Moreover, the viewers of the social media or the attendees in front of the White House cannot be considered part of the alleged 30000 connections. The connections are supposed to be through certain software or applications that are usually sanctioned by the United Sates so not accessible in Iran. So who are the audience of Maryam Rajavi as the so-called president of the Iranian resistance?

While most of the group’s audience are connected to the event from outside Iran Maryam Rajavi opens her speech hailing her countrymen and praising the uprisings of resistance units in Iran! Where are the Iranian nation to praise their president elect on the anniversary of her arrest by the French Police under terrorism charges?
Mazda Parsi