Amir was born in Paris after his parents left Iran to join Masoud Rajavi there. He and his family were then sent to Iraq to relocate in Camp Ashraf, the land Saddam Hussein had donated to the Mujahedin Khalq Organization (the MKO/ MEK/ PMOI/ Cult of Rajavi). However, Amir’s connection with his parents was cut in Camp Ashraf, just like hundreds of other children. 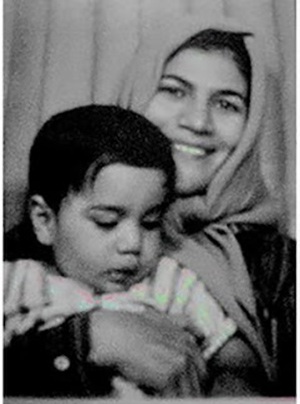 As a child, he was again sent to Europe, enduring problems far from his parents. His destiny became worse when he was made return to Camp Ashraf as a teenager by the group leaders.
Amir is free now. In January 2019, he spoke of his dreadful days in Camp Ashraf for the first time, in an interview with Saeed Behbahani the host of Mihan TV. In the long detailed interview Amir revealed facts on difficulties, segregations and mental pressure he suffered during his stay in the cult-like structure of the MEK. 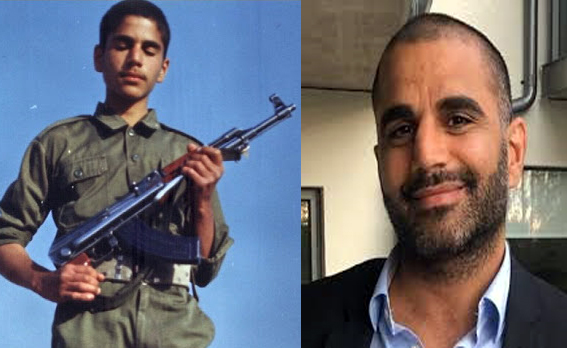 Fed up with the oppressive atmosphere of the group, he asked to leave the group but he found his mother Akram Habibkhani against himself. During an hours-long session to convince him to stay with the MEK, the leaders of the camp humiliated him constantly before the eyes of his mother. They verbally abused him, spitted in his face while his Mom was just weeping tears looking at him. Finally, his mother told Amir: “Amir! Promise me not to leave unless your blood is shed!” BY the way. Amir could ultimately manage to leave the MEK.
Years after leaving the MEK, Amir is still shocked by his mother’s words. He wonders what state his mother was stuck in that she wished the killing of her son instead of leaving the group. He still envies normal children who enjoy the love of a normal mother. “When I am on trains looking at mothers and their children sitting next to each other, I envy them.” 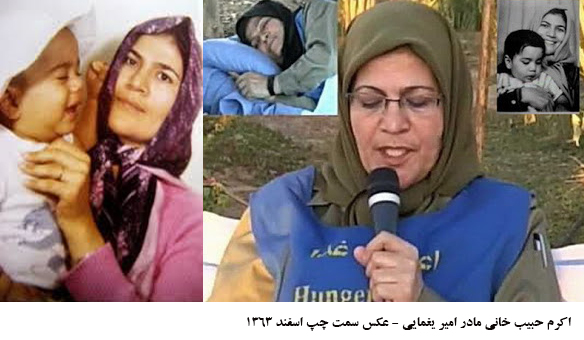 Nevertheless, he has recently taken action to visit her mother in the MEK camp in Albania. “That day, I stayed in front of the MEK camp in Albania for hours,” Amir tells the story of that very day. “Finally they told me: it is not clear where your mother is. She might have gone shopping or she might have not been in that camp at all. The Albanian guards of the camp did not let me talk to the MEK members. We had to get back without visiting my mother. Even the political prisoners in the Islamic Republic of Iran have the right to visit their families but I am still wondering why the MEK did not allow me to visit my mother although I had already informed them.”

Amir’s father, Esmail Vafa Yaghmai who defected the MEK years ago, writes how the MEK abducted his son.

“The efforts of his mother together with the MEK leaders in order to mobilize teenagers to Iraq and my problematic conditions in France made Amir go to Iraq in July 14, 1998,” he writes on his blog.

“In the age of fourteen while he weighed only 30 kilograms, He took a Kalashinkov… this was the fate of one of the children in the MEK. Amir passed twenty two years of his life in grieve and turmoil. I cannot forgive myself for not preventing him from going to Iraq just because I wanted to respect his mother.”

Today, Amir has a PhD degree in Eco-logy, living in Europe with his wife and their newly born kid. Another defector of the MEK, Atefeh Eghbal writes about Amir’s unsuccessful trip to Albania to meet her mother: “The whole story is so simple that one may wonder why the MEK makes it so complicated. Amir went to Albania last year in the hope of meeting his mother telling him the news of the grandchild she has now but was not given the chance to tell her. Today, the MEK do not even let him call his mother.”