The following letter was sent by the head of the Nejat Society of West Azarbaijan Province (north-west Iran) to Maria Arena, Head of the European Parliament’s Subcommittee on Human Rights, regarding the non-response of the Albanian government to the request of the families to contact and visit their loved ones in the Mojahedin-e Khalq Organization (MEK, MKO) camp in that country. Summaries of a number of families’ request letters have also been attached to this letter.

Greetings and Regards,
On behalf of the families of West Azarbaijan Province, in unison with other families throughout Iran whose children are being held in the MEK camp in Albania, I would like to inform you that they only want to communicate with their children so that they can at least hear their voices after so many years of distance. But the MEK leaders are preventing their members from having any contact with the outside world, and the Albanian government supports this cultic behavior.

The bereaved families recently issued a petition with more than 11,000 signatures to visit their children and sent it to Albanian government officials. The share of families and supporters in West Azarbaijan Province is more than 500 signatures.

In addition to this request, many letters and video messages have been prepared by families to their loved ones trapped in the MEK camp in Albania, which they have published in cyberspace so that those may reach their children. To date, however, the Albanian government and international human rights organizations have not responded.

On the other hand, the officials of the MEK, not only did not pay any attention to the demands of the families, but also threatened, insulted and slandered the families in their media and ignored their demands.

Since the outbreak of Covid-19 virus, the concern of families has increased because the MEK members have a collective life in a closed environment where the disease spreads rapidly and on the other hand no health control is applied by the authorities. Recently, it was reported that two members of the MEK, Massoud Nasiri and Shahin Qassemi, had died at the Mother Teresa Hospital in Tirana due to corona, and that a number of members were hospitalized in the corona ward.

It should be noted that in recent years, the MEK has deceived many people and attracted them into its organization under the pretext of a better life, education and work in European countries. It has also deceived many Iranian prisoners of war in Iraq under Saddam Hussein.

Now the families of these people, who have not seen their children for years and have not even heard their voices, and are unaware of their condition, are asking you, as a European human rights official, to take a stand on this issue and defend their rights. Please ask the Albanian government to remove barriers to communication and allow these families to visit.

For your information, the summary of a small number of dozens of letters of request from the families of West Azarbaijan Province, just as examples, are attached to this letter.

Many Thanks – Head of the West Azarbaijan Nejat Society 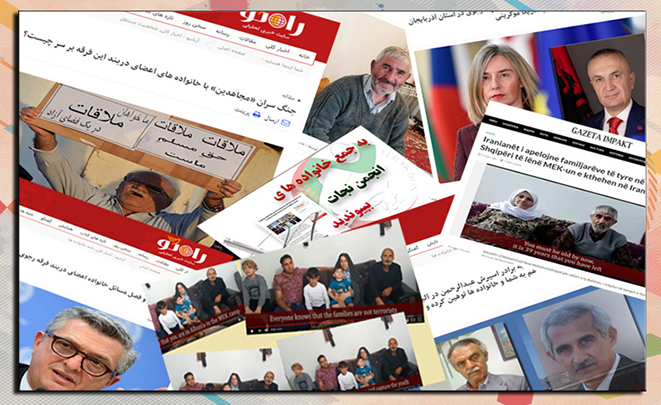 Summaries of the letters:

Currently, my only brother Bahman is in the hands of the MEK in Albania. As far as our family is concerned, we will do our best to get news from him and communicate with him.

In two videos, Mr. Mohammadnejad called on the Albanian government to stand up to the MEK’s demands and allow him to meet with his brother, Bahman Mohammadnejad, in Albania.

The MEK deceived my brother in Turkey and took him to Iraq. He was then transferred to your country in 2016 and held in a closed, remote camp of the organization.

During all this time, including since this organization transferred our children to your country, it has not allowed any contact or visitation with the family.

As the Prime Minister of Albania, I ask you to put an end to our concerns as a family at the earliest opportunity and to assist in issuing a visa for me to enter your country and meet with my brother.

My dear brother, a few days ago, we signed a family petition asking the Albanian government to issue visas to families for humanitarian reasons and allow them to travel to Albania to see their loved ones. This is not the first time. When you were in Iraq, we went to different places several times to follow up on your situation, but we did not hear from you. Now we want to try again, maybe this time it will be effective.

Mr Miri Hosseini’s appeal to see his captive brother, Hossein Hosseini, after 32 years in captivity in Saddam and Rajavi camps from Salmas

“My brother Hussein was a member of the 77th Khorasan Division. Finally, he put on the holy uniform of a soldier and went to the battlefields. Hussein enlisted in the army in 1986 and had only 20 days left in his service. He was later handed over to the group in exchange for the good service of the MEK leaders to Saddam Hussein, in order to experience captivity in a different way.

Now I want my brother to call us so that we can hear his voice at least after being away for 32 years.

Rasoul Shakhsizadeh was captured by Iraqi forces and taken to a POW camp on Iraqi soil while walking and carrying goods on his back in impassable areas in the Sardasht border area. Rasoul was handed over to the group at Camp Ashraf after being subjected to various forms of mental and physical torture for some time under an agreement between Iraqi officials and MEK leaders. After the expulsion of the organization from Iraq, Rasoul was taken to Albania.

“We have not heard from him since then and we are still in complete ignorance. We tried to find a way to meet or call him through human rights organizations, but to no avail” said Abdollah Ebrahimi, Rasoul’s uncle. Rasoul’s parents, who had been waiting to see him for years, passed away longing to see their son.

My son, all your brothers and sisters are waiting to see you, we hope to see and hug you again before it’s too late, and we miss you so much. My son, call us.

We recently signed a petition with the Albanian government on behalf of the families, requesting visas and permits for the families to visit their children and their siblings.

I think this is the minimum demand and the most basic human right of every person and family to meet and communicate with their loved ones. We will continue our efforts.

My dear sister, I do not know whether you know or not, my father died at the age of 92, longing to see you.

Now mother is too old and eager to see you and wishes to embrace you, I hope you do not withhold this love from her.

We now ask the esteemed Government of Albania to provide the possibility of face-to-face meetings or at least telephone calls for families, which is a humanitarian and human rights practice. We appreciate the assistance and cooperation of the esteemed Albanian government. 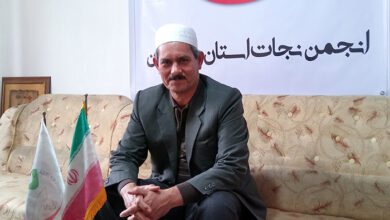 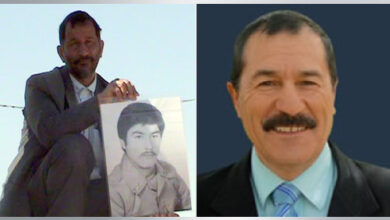 Letter from Mr. Ali Akbar Gholami Khairabadi to WHO expressing concern about the condition of his brother Gholamreza in MEK