Ali was a 22 year-old Iranian soldier when he was taken as a hostage by Kurdish guerilla fighters in Iran-Iraq borders. He was then sold to Iraqi forces as a war prisoner. However, he was not officially a war prisoner under the regulations of the international Red Cross. So he was kept under torture and abuse by Iraqi forces in a camp in Mosul. Fed up with daily physical torture, Ali was deceived by recruiters of the Mujahedin Khalq Organization (the MEKO/ MEK/ PMOI/ Cult of Rajavi) to join the group.

This was the start of a long-life imprisonment for Mohammad Ali Sasani. He is 55 years old now. Having lost 33 years of his life inside the MEK camps, he is not allowed to leave the cult-like structure of the group yet. After years of futile effort in order to visit Ali, his parents are still looking forward to meet him some day. 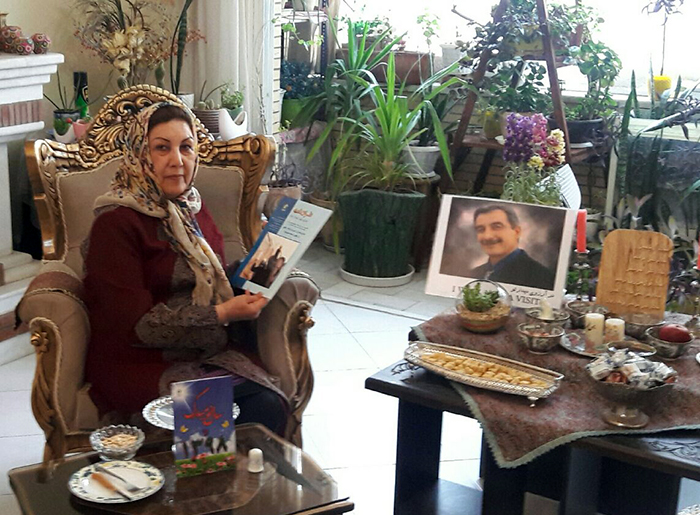 Mahnaz Akafian, Ali’s mother still hopes to see her beloved son. His elderly father is still a caring father, determined to support Ali in any case.

“Where ever Ali is, I pray for him to be prosperous and healthy,”Mrs. Akafian tells Mardom TV.

“I have not seen him for 33 years. He lost his youngness in the MEK. What did Ali achieve in his life…What was the result for Massoud and Maryam Rajavi? Maybe, they think they have gained a lot but they have not gained anything. How do they think that they were able to destroy emotions in the heart of our children and their parents?”

Ali’s parents are one example of many families who are awaiting the release of their loved ones from the Mujahedin Khalq these days. There are a large number of MEK members’ families whose endeavors and sufferings are not taken serious by the media but their efforts are taken as the attacks of a sworn enemy by the MEK propaganda.

It seems that today the struggle for the MEK leaders is limited to fight the families of their members. Families are considered agents of the Iranian government and members have to fight them. Mr. Sasani, Ali’s father even predicts the day that Ali might show up on the MEK’s TV channel to take action against his family, insulting them and accusing them of being the Iranian agent. However, he promises his son to stay a supportive father for him and to love him forever.”If they force you to show up in TV to insult us, we will whole-heartedly receive you because at least we will see you healthy,”he says in Mardom TV.

Mrs. Akafian warns the MEK leaders about the fruitless struggle they have led against the families. She says:”I warn Massoud and Maryam Rajavi. Change your plan. You cannot cut off the children from their families. They are the beloved children of these families under any circumstance.”

Hope is the key point in the words of parents like Mr. and Mrs. Sasani. They hope that their letters and video messages will somehow reach Ali. They are actually planting the seed of hope to defeat the Rajavis’ plan for the fate of their son.