Nowruz is the national New Year festivity celebrated in Iran, Afghanistan, the Kurdish regions of Iraq, Turkey and Syria, and throughout Central Asia. It is a springtime celebration of which the activities symbolize rebirth and the link between humans and nature. It is part of Zoroastrianism, a Persian religion that predates Christianity and Islam to the first millennium BC.

The two-week celebrations of Nowruz include seeing relatives, picnicking, travelling, and eating traditional food. The arrival of Nowruz is announced by street singers, known as Haji Firooz, who wear colourful outfits and play the tambourine. So happiness is in the air in the Persian territories.

While the Iranians consider Nowruz as their biggest celebration of the year, members of the Mujahedin Khalq Organization of Iran (the MEK/ MKO/ PMOI/ Cult of Rajavi ) miss all the above-mentioned celebrations and traditions and eventually the delight it spreads among the participants. In fact, the MEK knows itself as part of the Iranian population in exile but the Persian New Year’s celebration is a taboo in the group. The entire festivities are limited to the leader Maryam Rajavi’s New Year massage and a Haftseen table in front of her in her luxurious headquarters.

The rank and file of the group take part in certain group marches and gatherings and some paramilitary events empty of emotions and joy. Members of the group are not allowed to meet their relatives even if they are all inside the camp. They may accidentally visit each other in the gatherings but the visits are completely under the control of the commanders.

GhorbanAli HosseinNezhad and his daughter Zeinab were both in Camp Ashraf before defecting the group. “When my daughter Zeinab was only seventeen years old, the MEK leaders brought her from France to the military unit at Camp Ashraf,” Hosseinnezhad says in an interview. “While we were both in Camp Ashraf, we were not allowed to visit each other except for an hour or two in Nowruz events in which we were under severe supervision. However, I have not been able to meet my daughter since three years ago because they did not even let meet visit her in the last Noruz that I was in Camp Ashraf.” Fortunately, GhorbanAli and Zeinab are both in the free world right now and have access to contact each other freely.

Ali Sorkhian is another defector who writes of his memories in the so-called celebration of Nowruz in the MEK. “I was a war prisoner that the MEK propaganda agents recruited me to join them,” he writes. “The first Nowruz that I was in the MEK, the group leaders wanted to show off a happy event before the eyes of me and some other war prisoners who have been deceived to join the group. The group’s music band played a very happy track and very naturally many members stood up and started dancing. Immediately, the scene turned out to be a horrific one for the commanders, particularly for Mehdi Abrishamchi. He began crying angrily at the cheered up crowd. “Sit down”, Abrishamchi shouted, “We are here to fight not to dance.” ! 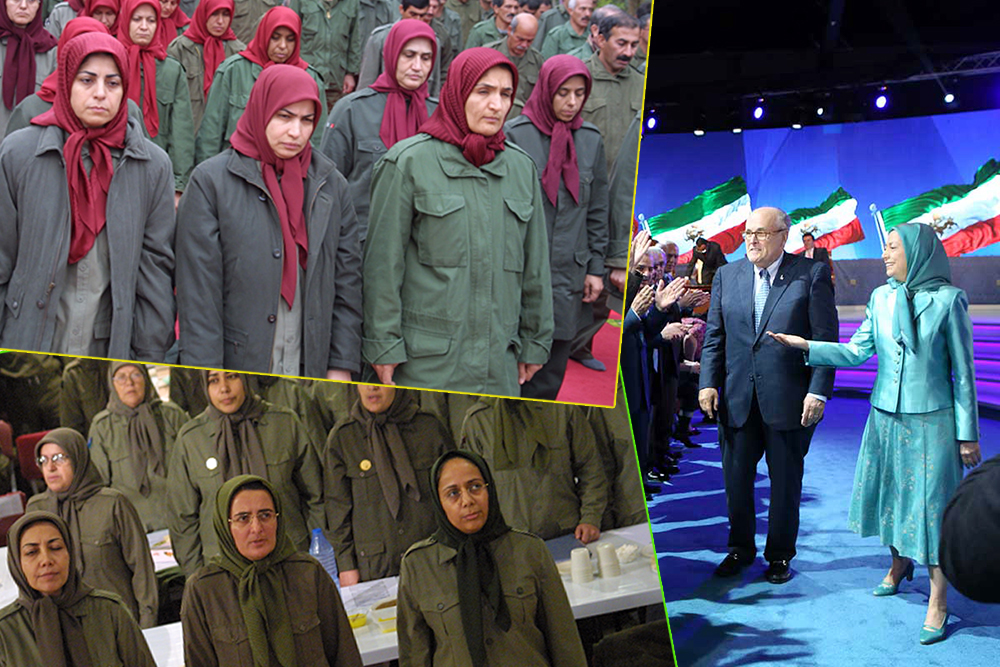 Sorkhian believes that the memory turned out to be a dark experience. “Since then we were never eager for Nowruz celebrations,” he writes. “Nowruz made us sad because we had to work harder and we had no happy time, we were not even allowed to contact our family.”

“Nowruz celebration was the saddest time for us because it reminded us of Iran, our family and the passion we had for the new year in Iran ,” Jaber Majdian, an MEK defector, writes. “The group leaders did not want us to think of our past, Iran and our family. Eventually the agenda for Nowruz, was to work harder, to redesign and repaint buildings. They wanted to make members exhausted and drained of energy. Thus, on the very day of Nowruz, the rank and file were so tired that they all hated to take part in the marches and ceremonies. Everyone’s mind was obsessed with the enthusiasm of Nowruz celebrations at home.”

As a cult-like establishment, the MEK have changed the meaning of any cultural heritage and any tradition to a notion along with the ambitions of power. Every year, Maryam Rajavi’s Nowruz message is actually an opportunistic act to boast her position as the leader of the MEK’s rank and file and to repeat the very promise she has every year: the overthrow of the regime”. No matter that the promise has been repeated for over forty years.