Persian culture is one of the World’s oldest and richest cultures. The Persians are an Iranian ethnic group that make up over half the population of Iran. The Iranian nation inherited the tangible and intangible heritage of Persian culture. They cherish this culture and protect its symbols. They share a common cultural system and are native speakers of the Persian language. According to Wikipedia, the term Persian is still historically used to designate the predominant population of the Iranian peoples living in the Iranian cultural continent.
However, Persian culture is even appreciated and practiced by Iranian immigrants all over the world. Most Iranians living abroad grow their children under the new culture while trying to keep them alert about their homeland culture.

Members of the Mujahedin Khalq Organization are sort of immigrants; exiles who have founded their own colony under the rule of Massoud and Maryam Rajavi’s cult of personality. They are considered as an opposition against the Iranian government by western states and so a bargaining chip or a proxy force in their policies towards Iran. The role of the MEK in the hostile policies against Iran changes from time to time.
Sometimes the shift in policies is spontaneous. At lightning speed, the State Department overturns an order prohibiting US diplomats from meeting controversial Iranian dissident groups including the MEK. But now the note is canceled. A directive sent to American diplomats on Sunday January 12th, was replaced the week-old directive. “The posts should welcome the opportunities to meet and learn from members of the Iranian diaspora community,” said the new directive. [1]
The cable went on to say that American diplomats should consider hosting members of the diaspora for “Persian cultural events”, while noting that “not all of the interests and objectives of Iranian opposition groups align with American political priorities”. [2] It seems that Iranian cultures matters a lot to the US politicians as Donald Trump also threated Iranians to attack their cultural sites!

“There are at least two problems with this reversal,” said Jarrett Blanc, a former Obama administration official who worked on Iranian politics. “The first is that the policy is wrong. American diplomats should not meet with MEK or its affiliates. They represent a dangerous cult. We must avoid all the mistakes of the Iraq war, including being deceived by so-called diaspora opposition unrelated to it. The second problem is that it reflects the utter incompetence and chaos of this administration’s policy making – send out an instruction and less than a week later cancel it. They just don’t know what they are doing. “. [3]

Let us believe that the US government considers the MEK’s interests and objectives against its political priorities, it should also consider that the MEK is not an appropriate representative for Persian Culture. The capacity of the group for representing the Persian culture is often limited to the events hold under the cover of Persian New Year’s celebration in which paid political figures together with Maryam Rajavi call for the overthrow of the Iranian government. 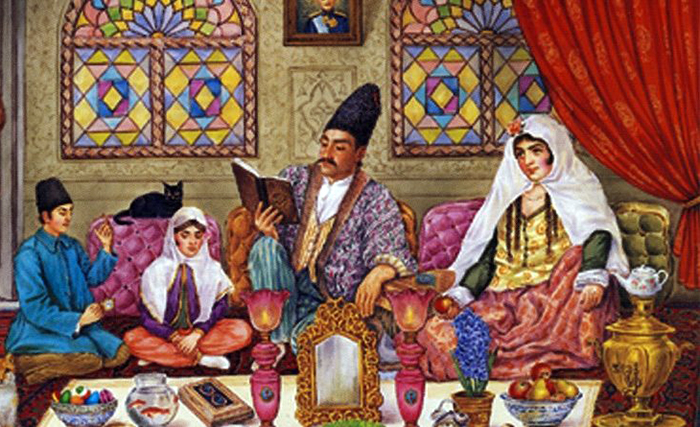 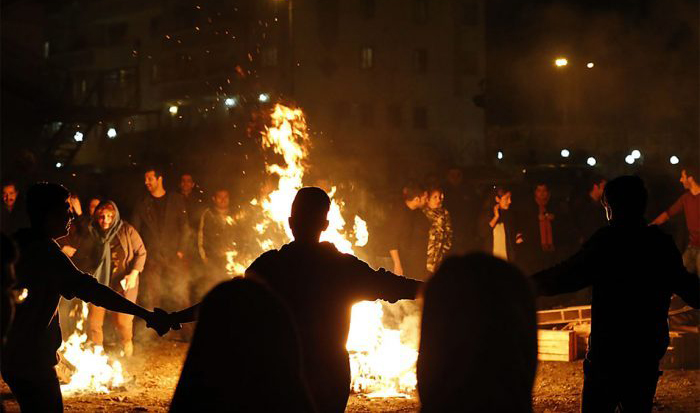 How about Persian cultural events inside Camp Ashraf 3? Will the US politicians be able to get to know about Persian culture in the MEK headquarters? The answer can be found in the testimonies of former members. Persian culture is definitely a family-oriented culture. In the Persian culture, the family values are given a lot of prominence. All these celebrations are cherished in the center of family or with the company of friends. Happiness and peace are the mementos of these celebrations. But, in the MEK, family, friends and any other emotional relationships are forbidden. If the rank and file do have any family members inside the group, on the occasion of Nowruz, they are allowed to meet each other for a few minutes under the control of the group commanders in a public celebration organized by the group. Those who have no one inside the camp are never allowed to contact their families out of the group. Family is considered as enemy. The so-called celebration is overwhelmed with political and anti-Iran slogans, desires for the overthrow of the regime and speeches by the group leaders and their paid speakers to cheer up the crowd of manipulated individuals with their aggressive litterateur against Iranian nation.
The background of the links between the MEK and the US and Israel indicate that this relationship will mostly remain political and operational. The evidence is the assassination of the Iranian nuclear scientists that was carried out by the Israeli Mossad with the cooperation of the MEK operators. [4] [5]
The recent killing of the Iranian officials was done by the US government a few weeks ago. General Soleimani was bombed by the US drones under the direct order of Donald Trump who eventually promised to target the Persian cultural sites. The latest assassination took place last week. A commander of Iran’s revolutionary guard has been shot dead by masked assailants in front of his house in southwestern Iran.
“Of course, this latest killing also brings up the possibility of a foreign or external intelligence agency operation, though it remains speculation,” writes Tyler Durden of the Zerohedge. “One likely candidate alleged to enjoy US and Israeli covert backing is Mujahideen e Khalq (MEK), considered by Iran and many other countries as an active terrorist organization. Groups in Iran linked to the MEK have been previously known to be involved in political assassinations.” [6]
“Essentially a paramilitary cult devoted to overthrowing the Iranian government, the MEK is under the tight control and leadership of the charismatic opposition leader Maryam Rajavi, and is suspected of previously conducting brazen targeted killings of high level Iranian figures, especially nuclear scientists and engineers for years, likely at the bidding of foreign intelligence services,” he continues. “Until a few years ago the MEK was a designated terror group by the US State Department, though delisted under the Obama administration.” [7]
The US warmongers are more likely to be eager for the MEK’s violent background rather than its cultural aptitudes. As professional assassins brainwashed under a cult-like structure, the group is absolutely more useful in terrorist operations than in cultural events and eventually a favorable proxy force for the warmongers.
Mazda Parsi