Mujahed is a Quranic word meaning holy fighter. Those who take part in the holy war are Mujahedin (plural form of Mujahed) according to Quran. Currently most Islamic movements use the term to glorify fighters for its cause.

Mujahedin Khalq Organization (the MKO/ MEK/ PMOI/ Cult of Rajavi) was one of the first movements to name itself as such to fight against the Shah of Iran, the American Imperialism and then the Islamic Republic of Iran!

The outcome of half a century of their”holy war”was nothing but several thousands of victims including civilians, military men, Iranian, Iraqi and American civilians and politicians. As an armed group, the MEK has killed at least 17 thousand people. Nevertheless, it was disarmed by the US army in 2003 after the American invasion to Iraq. The MEK signed an agreement with its former Imperialist enemy and started offering services to them. It has been working as a proxy force for the US and its strategic ally, Israel.

However, victims of the MEK are not just those who were killed in its terrorist operations. The rank and file of the group are the main victims today. They are under the cult-like rule of Maryam Rajavi and his disappeared husband Massoud Rajavi. They are isolated in the group’s camp under daily pressure of the indoctrinations of Masoud’s cult of personality.

In 2005, the Human Rights Watch (HRW) published a report on human rights violations taking place within MKO Camps. The report was based on interviews with 12 former members of the group now living in Europe. They spoke of abuses ranging from detention, solitary confinement, beatings and torture. According to the testimonies, at least in two cases torture of the MEK members has led to death inside the MEK jails.

In mid-2009, the Pentagon- Funded Rand Corporation also published a report titled ‘Mujahedin-e Khalq in Iraq: A Policy Conundrum‘. The RAND report also reaffirmed that the MEK abuses its own members with cult-like attitudes. The report asserted that the MEK members are due to brainwashing, sleep deprivation, forced labor and mandatory celibacy. The report approved that dissent in the group can lead a member to solitary confinement and torture.

Soraya Abdollahi is the mother of one of the MEK hostages. Her son AmirAslan Hassanzadeh was recruited by the MEK agents when he was very young.

Ms. Abdollahi has been endeavoring to free AmirAslan from the hands of the MEK leaders, for over two decades. She has taken every kind of legal action to call on the international community for the release of their son. 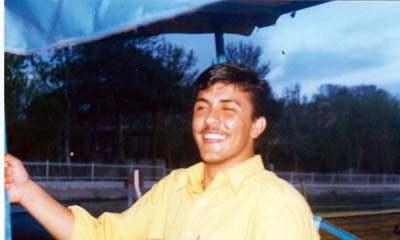 She has met several authorities in Iran, Iraq, Europe and the United Nations. She has written so many letters to anyone who can do anything for them. She has founded an NGO called”Mothers, Forgotten Victims”to help the voice of mothers of the MEK members to be heard. She has launched several campaigns to collect signatures to make Albanian government take action in order to help Ashraf residents choose for their fate. 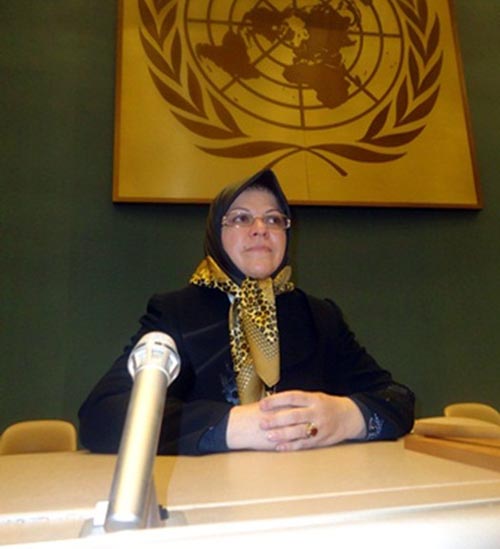 As it is expected, she has been labeled by the MEK as an agent of the Iranian Intelligence. The MEK leaders even made AmirAslan to show up on their TV channel to insult his own mother accusing her of being the”agent of the regime”but Ms. Abdollahi did not stop her struggle to liberate her son and the children of other mothers. 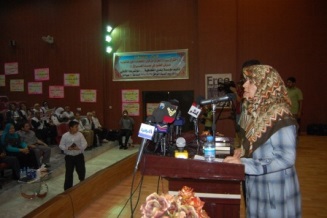 Can`t she be considered a holy warrior whose only motivation is the love of her son? Isn’t she really fighting for a sacred cause: the liberation of hundreds of individuals who are taken as hostage by the Cult of Rajavi? 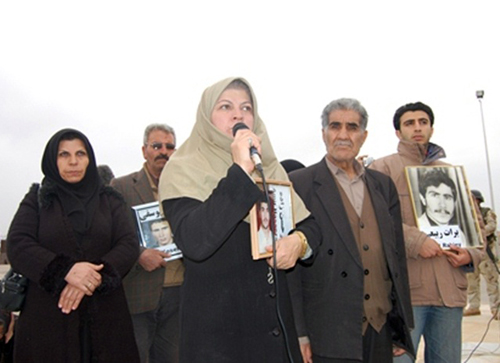