The State Department Office of the Coordinator for Counterterrorism on April 30 released the list of designated terrorist organizations. Once again Mujahedin-e Khalq Organization (MEK) continues to occupy the status it has been designated since 1997. in a part we read:  "The group’s worldwide campaign against the Iranian government uses propaganda and terrorism to achieve its objectives and has been supported by reprehensible regimes, including that of Saddam Hussein. " 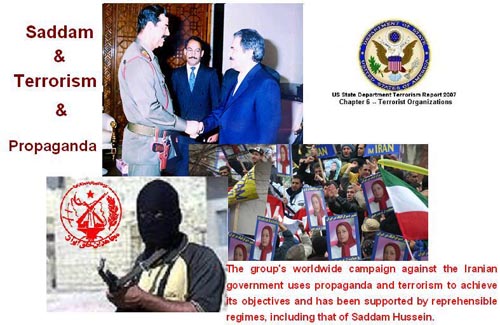