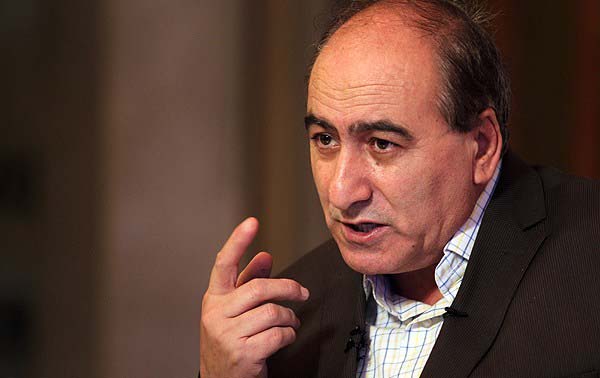 He got familiar with the MKO when he was a student of Tehran University in 1972. Together with his comrades, he used to write the statements and the announcements of the group’s radio and they would distribute the papers in the campus of Tehran University.

He was arrested by the Shah’s Intelligence Agency (SAVAK) in a raid to the campus. He was imprisoned in Evin prison where he got to see the premier heads of the group who had been previously arrested.

After the revolution in 1979, he was employed as a teacher, he was also the interpreter of the Iranian former Prime Minister Mohammad Javad Bahonar – who was then killed by the MKO in 1980. Hosseinnejad became the governor of his hometown Mianeh in the North West of Iran where he became the candidate of the MKO in the first elections for the Iranian parliament.

Following the start of the MKO’s armed struggle against the Islamic Republic, Hosseinnejad left Iran. After years of living in Turkey, Greece and Europe, he was finally transferred to Camp Ashraf. He defected the MKO in 2012 by the aid of the United Nation’s Mission in Iraq. 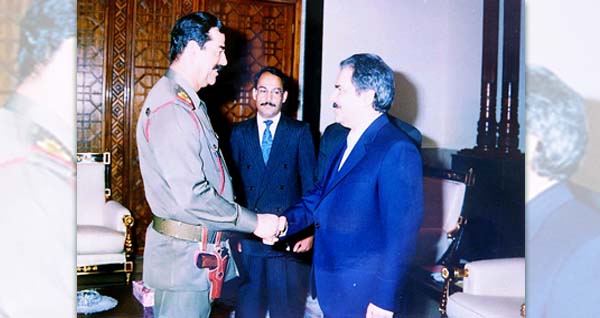 During the entire years of his membership in the MKO, Hosseinnejad was the translator of Arabic letters and papers for Massoud Rajavi. He also used to attend the meetings between the group leader and Iraqi authorities so he was aware of the amount of the group’s investments in contracts with Iraqi government and other countries.

Although Hosseinnejad was not a military force of the group, he was made participate the MKO’s cross border military attack to Iran—called Forough Javidan. He took arm but he didn’t fire any bullets. He lost his wife in the operation.

His daughter Zeinab was taken as hostage in the group for years. [She could manage to leave the cult recently, his other daughter Mona had been left behind in Iran]

Hosseinnejad used to work in the MKO’s foreign relation’s section since 1992 until his release from the group. Based on his testimony, Rajavi used to write a letter to Saddam Hussein to offer congratulations every year, on the anniversary of the Baath Party. By fabricating some analysis about the alleged near overthrow of the Islamic Republic, he would ask the Iraqi dictator for more share of the oil outcome.

According to Hosseinenjad, the MKO demanded to receive 70 thousand barrels of oil every day up to 2000.  “In 2000, Massoud visited Saddam Hussein for the last time. In the meeting, Rajavi asked the then Iraqi president for three favors. First the increase of the oil share to 100 thousand barrels a day, second the support by the side of Saddam Hussein for another military attack against Iran and the third one was the increase of the number of the tanks. Saddam promised to undertake the third request in case of a military operation and in exchange, he asked the group to stop advertising in favor of Israel. However, the MKO authorities who were working to get the support of Israel and the US, didn’t bear out Saddam’s demand.

After the visit, the MKO’s share of oil mounted to 100 thousand barrels. Hosseinnejad translated all the checks and receipts of these deals. Hosseinnejad asserts that after the Iraqi invasion to Kuwait and eventually the imposition of sanctions against Iraq, the UN had proved 3 million barrels of oil products in exchange for food and medicine.  “Any amount of oil that was produced more than such amount was allocated to the MKO. This was agreed in a meeting with Izat Ibrahim, Tariq Aziz, Taha Yasin Ramadan and the senior members of the Iraqi Revolution Council and the official of Iraqi Intelligence who was in charge of Rajavi.”

In October 2002, Hosseinnejad had to translate a letter to Iraqi Oil minister. It was said in the letter that analysts believe that the US would invade Iraq soon. Therefore, the MKO had asked the Iraqi government to give their share of oil for the next autumn and winter together because it would not be able to sell the oil in case that the war broke. “They insisted on this demand for months until they could ultimately receive the oil share and change it to money” Hosseinnejad reveals. “A part of this sum was brought to Iraq and the other part was invested in deals. Karim Falahat was one of the officials for such investments who was arrested and then killed by Americans in Jordan. Ibrahim Khodabandeh and Jamil Bassam were also arrested in Syria. “

Hosseinnejad says that a part of this money was spent in the MKO’s bases in Iraq and other countries but a large part was invested which has been the source of the group funds until now.” The organization had offices in Iraq, UAE and Jordan but a small part of the outcome spent in bases. The large part was invested in businesses like companies, firms, hotels, airlines etc.

“Some Iranian businessmen who were sympathizers of the group aided it with the investments. Although the group enjoys the financial support of certain countries like Saudi Arabia, it still enjoys the outcome of money that was invested with the oil revenue donated by Saddam. They even invested in Africa, these investment can bear fruit forever,” Hosseinnejad asserts.

About the financial support by Saudi Arabia, he recounts, “In 1987, when I was faxing Massoud Rajavi’s letters (in Arabic) to leaders of Arabic countries, I saw a letter of gratitude to Malik Abdullah for his aids. Of-course, it was not written what kind of aids but Saudi Arabia has been always aiding the MKO financially. Massoud Rajavi had written another letter of gratitude in 1989 when he had gone to pilgrimage in Mecca.”

The MKO’s propaganda has always claimed that its sympathizers contribute to it – they have always had fundraising events in which they demonstrate some fabrications on the alleged violations of human rights in Iran in order to take people’s sympathy and so their money. However, Husseinnejad believes that such funds are never enough for the huge expenses of the MKO; their foreign investments guarantee their survival. 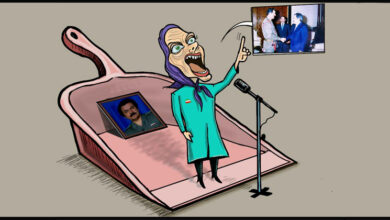 An alliance that destroyed MEK diminishing credibility inside Iran