Mostafa (Mohammad) Rajavi, the minor child of Massoud, and Ashraf Rabiei, the first wife of Massoud, were taken to Evin prison in the clash of Musa Kiabani’s team house in Zaferaniyeh, Tehran, on February 19, 1981.
After a while, he was delivered to his grandfather in Mashhad, and after a while with much effort and energy, he left Iran and was taken to Paris.

Mostafa, who is about thirty years old now, went to school in France from childhood with his bodyguard. Then he was taken to Iraq. Unlike the daughter of Maryam Rajavi and Mehdi Abarishamchi (Ashraf), he was living in a villa provided by Saddam Hussein, in the military camp Ashraf. But he was not satisfied with his life there, and many times he tried to escape, which did not succeed and was prevented.
Mustafa and other teens living in the cult were dissatisfied with the conditions and cults affairs. However, the cult’s response towards their dissents was quite different. As Mustafa was considered as the leader’s son and others as simple members.

Mostafa was once the manager of sports on the Mojahedin TV and wearing the best branded clothes and shoes, He had a special interest in girls and women, which, of course, was a natural sense of human, but the point was that he was never found guilty or, like other teens, did not have to admit his sexual thoughts and tolerate others’ attacks at Ghusl sessions. 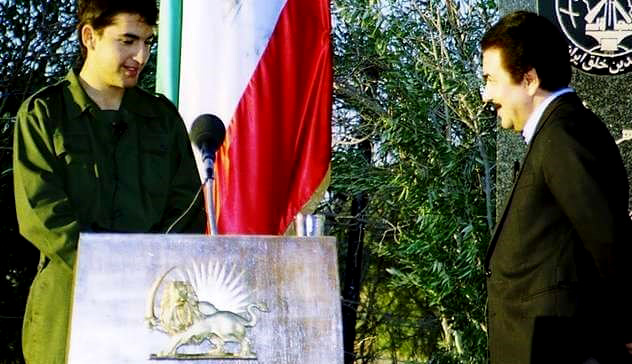 Because in the MKO organization, Rajavi is a saint . After the fall of Saddam, and with direct support and direct involvement of the White House, Mojahedin forces were transferred to Albania. But Mustafa Rajavi went to Norway, where, under the name of Arman Rabiei, he became asylum seeker to hide from journalists and public opinion.

After speaking against the organization for some times and his disagreement with the thoughts of his father and the MKO organization, in order to satisfy him, the organization enrolled him at a private university (BI UNIVERSITY) with tuition of $ 45,000 in the law Field of Study in Norway.
They also pay $ 5,000 a month to him, apart from the money he receives from the Norwegian government for asylum.

The reason for the registration of Mustafa Rajavi in law Field of Study is that the Mojahedin intends to replace him with his uncle Kazem Rajavi and he would work for the MKO in the United Nations and international organizations.

But the general situation of Mustafa Rajavi’s allies was that, before the occupation of Kuwait in 1991, Massoud Rajavi decided to send children and teens to Europe, the United States and Canada. Dozens of teenagers were sent to these countries with counterfeit passports.
The pleasure of Rajavi “because of the idea of attacking Iran from the Kuwait maritime border” did not last long. Because, US coalition forces pushed Saddam out of Kuwait and brought a heavy defeat to the Iraq Presidential Guards. With the deterioration of Saddam’s situation in Iraq, Rajavi decided to return teenagers to Ashraf, because the youth did not join the organization much and the organization did not have any backing.
Except for a number of cases where MKO supporters did not turn these children back, dozens of teenagers were again returned with fake passports under the watch of Canadian FBI security officers from Canada to the United States and from the United States to Iraq.

In some cases, it was allegedly lied to a girl that your mother had cancer. When she went to Iraq, she saw her mother healthy and MKO kept her European passport. The girl had to stay in Iraq for several years because the organization did not allow her to leave.
These girls were held in separate sections and series of reports on the sexual relationship between the MKO leaders and commanders with these teenagers and young people, as a revolutionary marriage, was published or privately retailed. The living conditions of these girls were better than boys.

However, neither of these teenagers, both boys and girls, couldn’t continue their education. The organization kept them busy with daily activities and with the slogan of “This year, is the year of overthrown”, which was repeated from the year 1980’s, they dissuade them from separating the organization.
In a phrase, from the team of young people and children born and raised in Iraq, everyone is over the age of 25 now and almost none of them have university education. Many of them even do not know how to read and write at high school level.

The story of Mostafa Rajavi, is the political and ideological dichotomy of the leadership of the MKO, Massoud and Maryam Rajavi, and the classless monotheism society.
Massoud Rajavi and the leaders of the MKO repeated the slogan of classless monotheism society, justice and equality, and the right to education for all in the post-revolutionary era.
Mustafa Rajavi’s higher education is his right; Our critique is about deceiving the loyal forces and the oppression and abuses that in the name of the fight happened to the young generation In MKO military bases in Iraq and no one from the Rajavi cult responds to it. 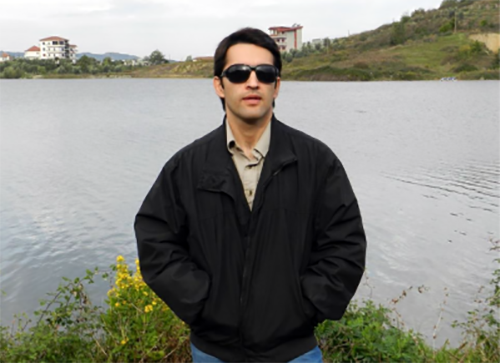 Despite all these discriminations and better life condition of the Rajavi’s Son, still living under the cult practices is not easy. several times Mostafa tried to escape the MEK Camps in Iraq. After the group’s relocation to Albania, Mostafa separated the group and went to Norway.

However, the MEK do not leave him free to live his own way of life. In an action, for example, asked him to sign a letter against a separated person that in this letter, the separated member is introduced as an agent of the Ministry of Intelligence of Iran and he is accused of espionage, this is while Mostafa Rajavi has been separated from this group for some time and has strongly opposed and criticized the performance of this group. For this reason, he has sued the MEK and has filed a lawsuit in this regard.

I want to reveal about a dirty and illegal ransom to put pressure on me. Some time ago, the foreign employer of the company I work for, following a series of previous attempts to pressure me, sent me a letter asking me to copy and sign it. The text of this article was prepared by two well-known Mojahedin officials. One is Mohammad Mohaddesin, known as Behnam in the Mojahedin, and the other is Mohammad Sadat Khansari, known as Adib. In this regard, the letter that Adib sent to the employer and specified the lines of work for him, is available as a document.

In this letter, I was asked to write against Mr. Iraj Mesdaghi and introduce him as a mercenary. An act that was unacceptable to me. I will not call anyone a mercenary of the Ministry of Intelligence without a sufficient and court-friendly document. This has always been my position because I consider it immoral and it is against my principles.

Considering that this action was unacceptable and illegal in my opinion, I did not accept to do this signature and instead informed the syndicate about the matter. The syndicate officials, who had never encountered such cases in European countries, were very shocked by this action and it was unbelievable for them! For this reason, the syndicate’s lawyer sent a letter to Adib asking him to explain in order to better understand the matter. Until now, no response has been given to the lawyer’s letter. A case has been filed in court in connection with these illegal actions of the employer, which are carried out by taking direct orders from these two people.

Today, I want to address Mr. Mohaddesin and Mr. Khansari publicly: Mr. Khansari, Mr. Mohaddesin, who’s this dirty and illegal ransom? Why are you pressuring me through the employer to sign your statement? Don’t you, who have lived in Europe for nearly 30 years, know that this is immoral and illegal? Where in Europe and Scandinavia does an employer allow himself to get such a signature from his employee? Why didn’t you go directly to me and instead made the employer as a tool to put pressure on me? Please respond in front of public opinion if you dare!

Let me correct a point here. I have no connection with Mr. Iraj Mesdaghi and I do not know him at all. His positions towards the Mujahedin Organization are not my positions at all and I do not approve of them at all. Many of the things he says may be wrong, and baseless, but there is no reason to consider him a mercenary of the Ministry of Intelligence of the Islamic Republic. Doing so is against my principles.

I also have a word with the supporters of the Mujahedin. I have absolutely no intention of hitting and creating problems for the Mujahedin. I have nothing to do with politics, nor with the organization, nor with the opinion of the organization, and I also pray for each and every member of the Mujahedin. I am looking for a normal life away from controversy and useless noise. If you have been told something else, it is wrong and you can be sure that it is not true. But at the same time I have principles that I cannot deviate from. How the Mujahedin treats its critics is up to it, but it has no right to force me to follow them in this regard. Such an expectation is unreasonable, immoral and illegal. To this day, I have tried to resolve issues with reason and logic so that it does not lead to futile conflicts and does not take energy from me. Unfortunately, no result was reached and the court was forced to intervene to solve this problem. The syndicate’s lawyer has now filed a complaint with the court, and the date and time of the court hearing have been determined. I will keep you informed of further developments.

Important Note: Due to personal issues that can be understood by all dear compatriots, I refuse to mention the name of the company and the place of work.

Now a question rises that how a group whose members are fleeing from this group due to high internal pressure can claim democracy? Upon further examination of the group’s performance, it can be concluded that instead of the word democracy, it is better to attribute the word dictatorship to this group, a word that is perhaps the least adjective that can be used to describe the inner space of this cult. An atmosphere that has become difficult for most members of the group to bear.