A Norwegian institute published a paper on the Mujahedin Khalq Organization (the MKO/ MEK/ PMOI/ Cult of Rajavi).
Landinfo, the Norwegian Institute published a 45-page study on the MKO as “a left-wing opposition group established in 1965, that has been fighting the Iranian Islamic Republic since shortly after the revolution”.
Landinfo is an institute that publishes detailed and unbiased documents on immigrants from Africa, Asia, Balkans and Eastern Europe, Latin America, Middle east and Turkey, Russia and Former Soviet Republics. The publications are prepared for the Norwegian Immigration Authorities.

According to the abstract of the paper the MKO “has undergone significant changes, both in terms of organization and strategic approach, but has stuck to its main goal of regime change in Iran”. 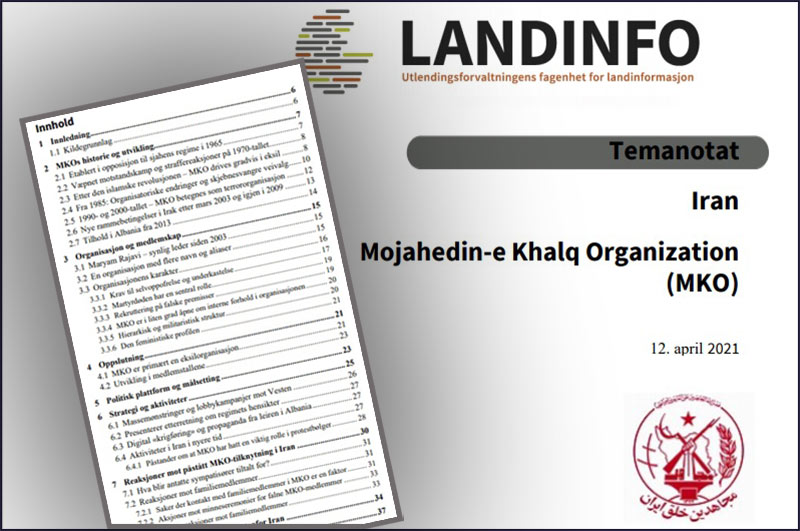 Giving a thorough record of the group’s background, the report asserts that the group carried out a series of armed attacks in Iran in the past and today it seems “to have concentrated its efforts on influencing public opinion and on gaining international support as a viable alternative to the current regime. The organization runs comprehensive PR and lobbying campaigns”
However, the paper assets that Although the MKO claims to represent the Iranian people and emphasize their role in popular riots in recent years, there is little indication that they have significant support in Iran”.