The following brief note examines international standards of women’s rights within the Mojahedin-e-Khalq Organization (MeK), namely the cult of Rajavi, by referring to international documents, testimonies of members who managed to escape from the MEK, and speeches and videos released from the cult’s leaders.

Following the Operation “Eternal Light”, the Mojahedin-e-Khalq’s largest military movement against the Islamic Republic of Iran in July 1988, which led to the killing of more than 2,500 MeK members, , Massoud and Maryam Rajavi, in a meeting with members of the organization, said that the reason for this failure was the lack of focus of members due to affection between men and women, and since then, forced divorces and separation of children from the arms of parents became part of the organization’s ideology.

The women of the organization no longer have the right to marry or even think about men from thirty-three years ago. They must suppress all their sexual desires, and if they think about these desires for a moment, they are doomed to confess to the leaders and members of the organization and to be insulted and humiliated by them, in order to be forgiven. For thirty-three years, no woman in the organization has had the right to marry, think about her sexual desires, become a mother, communicate or even see their children who were taken away. But some of the women who managed to escape, including Batool Soltani, testified that they were raped by Massoud Rajavi during an operation called “Dance of Liberation.”

The leaders of the MEK did not stop there; they began sterilizing women in an operation they called the “Ideal Peak”, in order to kill any hope in women so that they would never think about the future in which they want to become mothers. Nasrin Ebrahimi, another member who managed to escape from the organization, spoke about the forced sterilization of women in MEK on September 9, 2008, at a meeting in the European Parliament with the presence of the members, and asked the parliamentary delegation to send specialists and doctors to the organization for investigating in this field.

The forcible removal of wombs can bring a disability for women who want to have children. A type of organ defect that cannot be treated or compensated. There are many human rights laws that place special emphasis on the physical and mental health of women. The ban on marriage and sterilization of women is practically an attempt to cut off the generation of MEK members. In fact, this is a genocide. In international law, any deliberate attempt to prevent the birth of a group, tribe, or ethnicity constitutes genocide. 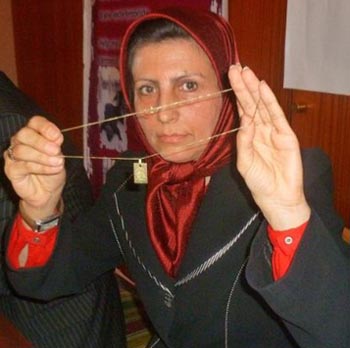 Zahra Sadat Bagheri, another member who managed to escape, said that till she was in the organization, she knew 95 women who had been sterilized and announced the names of all of them. She said Massoud and Maryam Rajavi congratulated each of the women after the operation: “Congratulations to you who reached the peak of liberation from gender.”

The truth of the situation of women in the organization is exactly what its leaders declare; Separation from gender. The women of the organization are forcibly separated from their gender, but at the same time, they have to wear a scarf to cover their hair and have to cover their body with special uniforms, and are not even free to choose the style and color of their clothes. 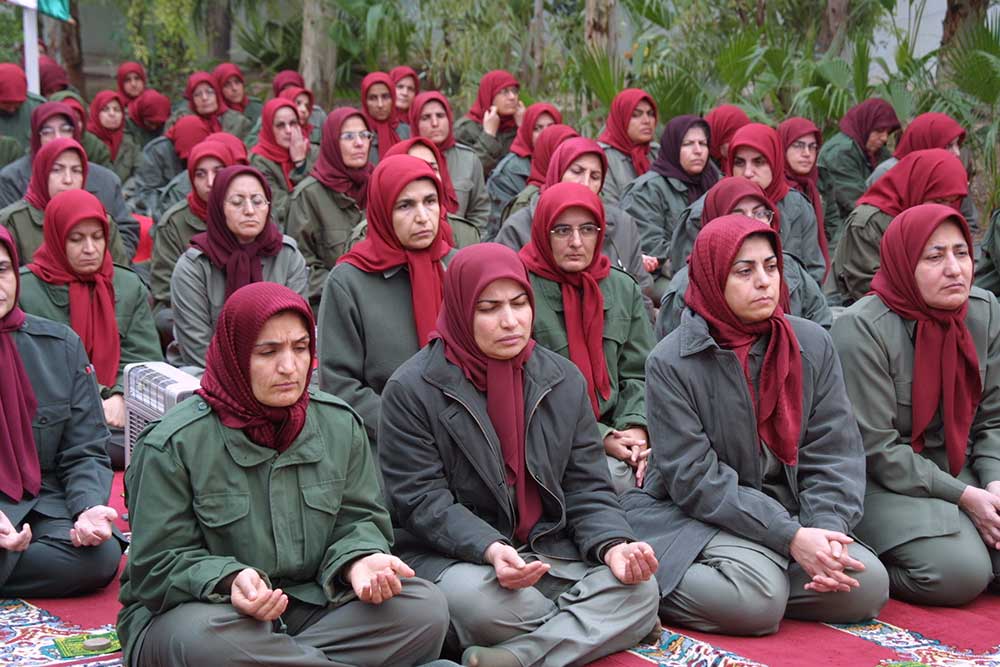 Women’s uniforms are mandatory in the organization. Majid Mohammadi, a current member of the organization, explains the type of compulsory clothing for women: “The red color of the scarf in the MEK uniform has been borrowed from Marxism. The coats are green and symbolize the revolutionary wars of Fidel Castro and Che Guevara in Cuba. Fewer photos have been published of MEK women with a variety of colors and clothing.”

“Despite claims by the Mujahedin-e Khalq and the National Council of Resistance to support gender equality and to place women in leadership positions, men and women are kept separate in the organization’s camps. They are segregated by gender, and in some buildings, lines are drawn in the middle of the community halls that separate men from women.

These contradictions show that women in the organization are merely ideological tools of leaders and have no right to object to any of them.