The type of interaction that the Mojahedin-e Khalq organization has with its critics and opponents is very unique among political organizations.

The group’s ideology is political totalitarianism which means it aims to eliminate all other political groups and critics who constantly challenge their ideologies.

This trait of the MEK is rooted in their belief that the existence of and activity of all Iranian opposition groups whether inside or outside of the country is dependent on the MEK and it seeks to bring them under control and dictate its legitimacy and hegemony.

How the group’s leader, Massoud Rajavi, defines the defectors from this group clearly show his thoughts. He said that, any organism absorbs and produces wastes and the defectors are the wastes of the MEK. They take a similar stance towards critics and dissenters.

Additionally, to establish their hegemony, the MEK has resorted to other tools as well including assault on rallies, falsification of news, making accusations and threats, and intimidation.

A list of the MEK’s actions in this regard follows:

1. Making threats to assassinate and exerting political pressure on and imprisonment of dissenters, critics and defectors;

2. Assaults on rallies and threatening the lives of opponents and critics through email

3. Launching propaganda against defectors in order to disturb their lives

4. Getting up petitions against critics and opponents of the group

5. Introducing their opponents as terrorists

6. Instructing lobbies in Western countries’ parliaments to prepare reports against the dissidents of the organization and sending it to Foreign Ministries of those countries as undesirable elements

7. Meeting with people in judicial system, police, parliamentarians and lobbies in a given country to provide them with information against the group’s dissenters in that country.

How the MEK treated opponents and critics according to international documents

In a document released by the US Embassy and a WikiLeaks in Baghdad on the MEK in 2011, it is stated that the dissenters of the group were being harassed. These documents were based on interviews with defectors from the group where the US State Department paints a disturbing picture of the repression of MEK members by the cult leaders. The report also claims that any member of the group who is witnessed while on the run from the camp must be executed immediately.

Many of the defectors claimed that the organization had inflicted mental and physical damage on them in solitary confinement at Camp Ashraf.

The Human Rights Watch published a report named No Exit where seven former members of the MEK testify that they were beaten, insulted, tortured and held in solitary confinement during their years in the Mojahedin camp in Iraq.

“Inside the MEK camps, examples of human rights violations committed by the group leader to the dissenters inside the camp include long-term imprisonment with no contact with the outside world, beatings, psychological and verbal harassment, forced confessions, death threats and tortures which led to the death of 2 people. Statements of ex-members indicate that the MEK had three types of prisons inside its camps in Iraq:

According to them, the first type was small residential units known as guest houses. Those who had intended to leave the group were held in these units alone. They were not allowed to leave their units to talk and meet anyone inside the camp or to contact relatives and friends in the outside.

The second type of imprisonment in the MEK camps was confinement in small solitary cells. Imprisonment in such cell was a way of punishing the dissenters. While in the cells, these members had to cogitate and criticize what they did.

The third type reported by witnesses includes detention, physical torture, and interrogation in secret prisons of the MEK’s camps of which, according to the Human Rights Watch interview with those detained, no one in the camp was aware.

Physical abuse, imprisonment and no permission to leave

Regarding how the MEK treated the dissenters, the RAND corporation said, “recent findings showed that punishment of the those who opposed the group’s policies ranged from forcing members to make written confessions about disloyalty to imprisonment in specific locations in camp Ashraf. Former members have also reported torture and long-term confinements as a method of punishment for disloyalty. 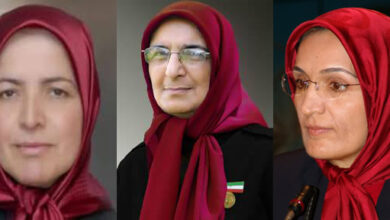