Masoumeh Oladi must be in her late thirties, now. She was a high school student when she was recruited by an agent of the Mujahedin Khalq Organization (MKO/MEK/ PMOI/ Cult of Rajavi).
“Masoumeh was a top student at school”, her mother Ghamar Moradi says. “She was deceived by an MEK agent named Marzieh Kabiri. One day in 2002, she left home and never came back. Kabiri called and told us that Masoumeh was with her.” They joined the MEK in Iraq. 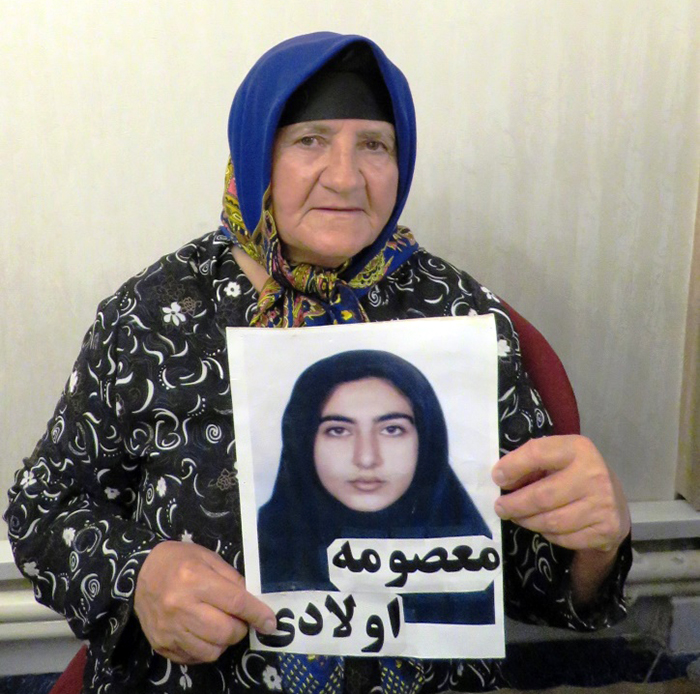 The Oladis traveled to Iraq to visit Masoumeh in front of the group’s notorious headquarters Camp Ashraf, but they were never allowed to visit her. “We traveled to Iraq several times, not only we were not allowed to see Masoumeh, but also we were insulted, attacked by rocks and verbally abused,” her brother Behrouz says.
As a usual reaction by the MEK propaganda, Masoumeh was eventually shown up in the MEK’s TV in order to denounce her own family accusing them of being the agents of the Islamic Republic government.

The Oladis, the mother, the brother and the three sisters, have been looking forward to meeting their beloved Masoumeh for almost 18 years. They have written many letters to the International human rights bodies and Albanian authorities. They have published several open letters and videos asking the MEK leaders to release Masoumeh or at least to allow her contact her family.

In the cult-like structure of the MEK, members are not permitted to have access to the outside world. In their most recent action, the Oladis supported the complaints made by MEK defectors against the group in the Iranian judicial system in Branch 55 of the Tehran international Court of Law and called on the international courts to bring the MEK leaders, Massoud and Maryam Rajavi, to justice.