An American scholar who is a harsh critic of the Iranian government investigates the Mujahedin Khalq Organization (MKO/ MEK/ PMOI/ Cult of Rajavi) as a fraudulent source on Iran. Michael Rubin, a resident scholar at the American Enterprise Institute (AEI) and a correspondent of the National Interest warns about what he calls “The MKO’s tendency to cry wolf” about the Iranian nuclear program.

Presenting a summary on the MEK’s background and the current Iranian society, he notifies that “the hatred ordinary rank-and-file Iranians feel for the MKO is the group’s Achilles’ heel”. Rubin confirms the fact that “the MKO activists counter both by accusing anyone who criticizes them as being a regime agent and arguing that their record of success exposing Iranian secrets shows the depth to which they have infiltrated the Iranian regime”. 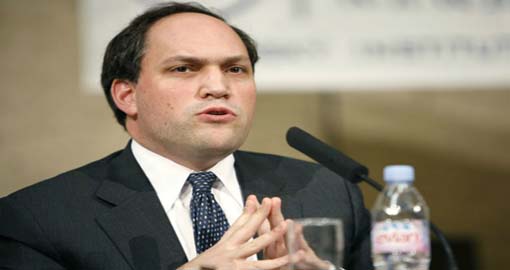 Eventually he asks and answers a crucial question: “If the MKO is able to so deeply implant themselves in Iran’s most sensitive and security-conscious organs, the logic goes, it demonstrates that they both have support and are far better positioned as an opposition group than anyone else. The former is betrays crass amateurishness, and the latter is simply false.”

To Prove that the MKO has no support in Iran and as the result it cannot simply infiltrate in the sensitive and security organs, Rubin studies “just how many exposés and supposed intelligence coups the MKO have bungled or gotten wrong”. Referring to his own work experience between 2002 and 2004, in the Office of the Secretary of Defense as an aide on both the Iran and Iraq desks, he writes: “It was not uncommon for Iranian American activists from a range of organizations with very little presence or history to request such meetings. They would present us with documents purporting to be smoking guns of one sort or another.”

Therefore, for Rubin and his colleagues, “provenance was always a concern”. “How did the person in front of me or my colleagues acquire such a document?” he states. “Without exception, when we investigated, the documents turned out to be fraudulent, and often had figurative MKO fingerprints on them.” Rubin suggests that investigating such documents was “a time waste”. 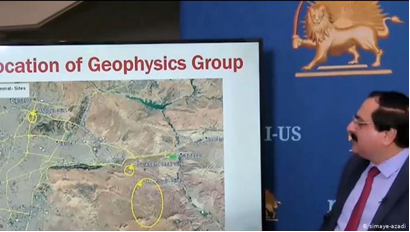 He believes that the so-called National Council of Resistance of Iran (NCRI), the cover organization of the MKO cult-like group, “often gives bombshell announcements about new discoveries in Iran”. As one of the several examples that Rubin offers, he recalls that on February 24, 2015, Alireza Jafarzadeh, NCRI deputy director, gave a presentation at the National Press Club in Washington, DC, in which he purported to expose a new secret uranium enrichment facility. “It turns out, however, there was less there than met the eye.,” Rubin reveals. “An image the NCRI provided of an “underground hall” was actually a screenshot from a company making safes. Nor did the facility have the electrical infrastructure necessary to run an operation Jafarzadeh described.”

Rubin accurately suggests that the MKO is actually a proxy force of other powers in the region, particularly, Israel. “The MKO relies less on secret access and more that the organization recycles Israeli, American, and Iranian media reports,” he writes. “While the MKO says its exposés are proof of the degree of its infiltration, a more plausible explanation is that the intelligence services of other countries use the group to launder information.”