Matthew Campbell of the Sunday Times published a video report of inside the camp of the Mujahedin Khalq (MKO/ MEK/ PMOI/ NCRI/ Cult of Rajavi), in Albania, that he calls “a heavily guarded enclave in rural Albania”. The report is titled “Inside a secretive Iranian resistance camp”. Although many other journalists have so far reported of the curious cult-like life inside MEK’s camps, Campbell’s visit seems to be pre-organized by the group to serve it as a promotional report.

Campbell is welcome by the group’s spokesperson, Shahin Ghobadi and in a very rare occasion he is allowed to interview Maryam Rajavi, who is present in the camp to address the group’s annual gathering. Indeed, Maryam Rajavi never holds press conferences or TV interviews with independent media. 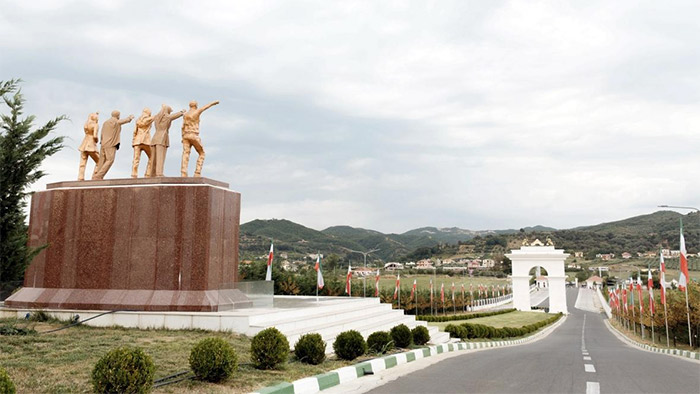 However, the Sunday Time correspondent seems to diagnose of something going wrong during his visit of “a curious domain, a land unto its own that few outsiders have visited”, “a mysterious state within a state”. Visiting the glamorous newly-built MEK camp Ashraf Three, he realizes that he and his colleagues are given “a carefully staged tour designed to show normal life in the camp”. “We were never allowed to stray far from nimbert-like minders”, he says. “The camp’s leaders allowed us to interview handpicked militants.”

Moving through the itinerary designed by the MEK leaders, the atmosphere of the camp is still mysterious for the visitors from the ST. He wonders how come that such huge facilities are not used by the inhabitants of the camp. “With piped-in music, almost an acre of shiny floor space and giant television screens at one end and a coffee bar at the other, the “media center” reminds me of an airport departure lounge, but it is virtually empty,” Campbell writes.

Campbell seems not to be so impressed by the “carefully-staged tour” around the MEK’s camp. The show-off is so repulsive that he utters, “Today my guides seem keen to convey a flavor of normal life in the camp”. “It is a complete society, modern and self-sufficient,” Shahin Gobadi “enthuses” as Campbell and his team arrive at the camp’s bakery.

The handpicked interviewees of the ST reporter in Camp Ashraf can speak English quite fluently –while we see a large number of defectors who cannot speak English after so many years of living abroad. No interviewed member was a war prisoner of Iran-Iraq war deceived by MEK recruiters, no one was kidnapped by MEK agents in Turkey or UEA while he was looking for a job or immigration to Europe. 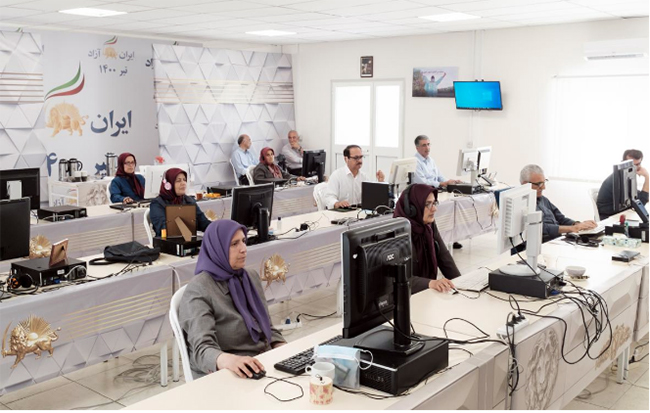 The most noticeable interviewee is Maliheh Totounchian who works in the computer room (read troll farm) of the camp. The considerable item about her is that according to Campbell, “On the desk next to her is a photograph of her husband, Hossein, executed in the 1988 “massacre”. She looks at it with the sad eyes that are a hallmark of older activists. “I think of him every day,” she says.”

Maliheh thinks of her husband every day! How is it possible in the MEK? Based on the testimonies of all, exactly all, defectors of the Mujahedin Khalq, thinking of your family, dead or alive, spouse or child, whatever, is absolutely forbidden in the MEK regulations. Maliheh has been surely given a photo of his husband to put it on her desk during the tour of ST team. The photo would be confiscated by the commanders immediately after the end of the tour.