Rajavi will bury all his members in Albania

“Rajavi has no pity for his members, just as he has no pity for Iranian people,” former member of the Cult of Rajavi told.
Foad Basri, former member of the Mujahedin Khalq (MEK) who lives in Markazi Province, Iran, was interviewed by Nejat Society website, on Saturday, October 16th. During the interview that was conducted in Persian, Basri discussed the issues of members and defectors of the group and their families in Albania.

Recounting his own experience of membership in the MEK, Basri stated that families of members are like “poison for the Cult of Rajavi”. He described the process of his defection from the MEK:
“In 2003, when my family came to Camp Ashraf, Iraq, the group tried to convince me not to go to meet them but I went. As soon as I saw my family the emotional attachment between me and my family that Rajavi had detached was reconnected again. After my family got back to Iran and I got back to Camp Ashraf, I gave up. They tried to coerce me to stay but I was determined to leave.” 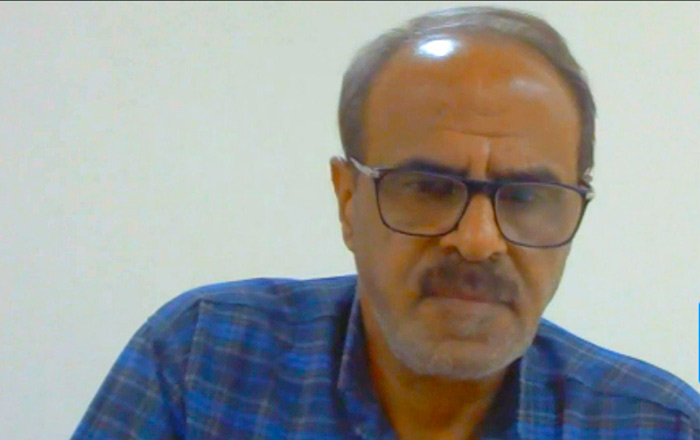 Basri recalls that Massoud Rajavi called on all members to attend a large meeting in which he made efforts to denounce families. Basri quotes Rajavi’s message at that night: “They are not your families. If Camp Ashraf is attacked by missiles for several days and eventually your get wounded or die has more benefits for us than a family that enters Camp Ashraf.”

Regarding the current situation of members who are taken as hostages by the MEK leaders in Albania, Basri stressed the role of their families in order to release them. “Families should enhance their activities at Nejat NGO,” he said. “They should write letters to the international bodies. They should ask for international aid to visit their children in Albania.”

Yet, Basri considers the troubles that defectors of the MEK are encountered with, after their departure from the Camp Ashraf 3, in Manez, Albania. “If the cult of Rajavi is not able to force a member to stay in the cult, it will tell him, ‘Move out but stay by the side of us’.” Basri asserts. “The member who leaves the MEK has to stay under the hegemony of the group. They call him every day and ask him to spy on other defectors of the group.”
Referring to the two recent cases of Sarfaraz Rahimi and Rafigh Dehghan, Basri confirmed that even though the group authorities try their best to abuse former members keeping them under the influence of the cult, they do not succeed. “No defector spies on another defector,” he said. “They know that they are all victims of the Cult of Rajavi.”

“Rajavi’s strategy is failed,” he added. “Massoud Rajavi himself said that a military man without uniform and weapon is not worth at all… So, what is he doing in Albania, 5 thousand kilometers far from Iran?… There is no future for him in Albania. Rajavi and his high-ranking members have a dark destiny there. They have no pity for the rank and file. Rajavi will bury them all in Albania.”