The Nejat Society Tehran, Iran July 2007  Ms Beatrice Megevanal Roggo  International Committee of the Red Cross  The Middle East Department  Dear Ms Roggo We in the Nejat Society in Iran would like to draw your good attention to a rather crucial matter regarding the members of the Mojahedin-e Khalq Organisation (MKO) in Ashraf Camp in Iraq and their worrying relatives in Iran.

The Nejat Society is an NGO consisting of those former members of the MKO who have organised themselves in order to help the mentally and even physically captive members to gain their freedoms.

As you may well be aware the MKO is considered as a terrorist cult by many governments and establishments around the world. This organisation is utilising psychological techniques to mentally manipulate its own members in order to make them commit deeds they would not perform in normal status. The self-immolations done by some members in European capitals after the arrest of their leader Maryam Rajavi in Paris on 17 June 2003, is one obvious example of the kind. Like all cults, this organisation needs a remote site to be able to isolate the members from the outside world. The residents of Ashraf Camp have no contact with the real world, not even with their relatives or old friends. The members are forced to participate in the daily ideological sessions called "the Current Operation". In these sessions members are systematically subject to peer pressure and coercion methods.

Last summer we had news “ later confirmed by the organisation “ which designated that Mr Yasser Akbari-Nasab had passed out due to self-immolation. This “ along with some other news indicating that the MKO had asked its entire member to volunteer for self-emblazing “ has put the families into grave distress.

The families of the members of the MKO in Iraq have strived hardly in the past three years to get some information about their beloved ones. They have approached the ICRC, UNHCR, and other international bodies as well as the Iraqi and the Swiss Embassies many times with no outcomes.

We are therefore urging you to use your whole capacity to ensure the visit of the families with their beloved ones in a place in Baghdad without the presence of the MKO officials. Some of these families have not seen their beloved ones for up to twenty years and they believe it is their right to have the chance to be alone with their relatives for a few days. The MKO, under the protection of the US Forces which are guarding the Ashraf Camp, has denied this right despite the efforts of the Iraqi government.

Please let us know of your activities. We thank you in advance for your attention and your good work. 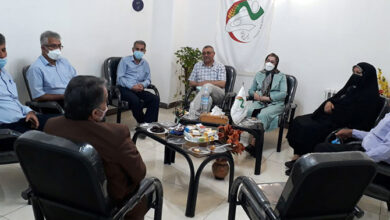 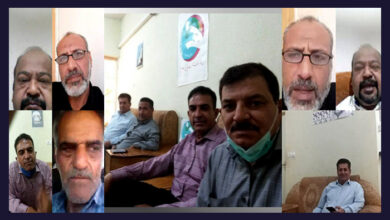