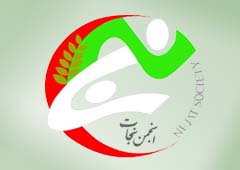 Dear Mr. Deguilhem,
We are pleased to introduce our NGO, "Nejat Society" based in Iran. Nejat Society was founded by a number of former members of the Mujahedin Khalq Organization (MKO) and Families of those who are still held as hostages by the group leaders. The main objective of our NGO is to help the families of those who are held in the camps of the MKO and have had no contact with their loved ones for many years.
As we heard that you are supposed to speak at the rally the group is going to hold in  Villepint, on june 22, 2013 we are concerned about a few issues.
A large number of The MKO members who are currently kept in Camp Liberty, Iraq do not enjoy proper mental and physical conditions. The Camp facilities are not enough and members are under constant psychological pressure; they have to attend daily self-criticism and brainwashing sessions under the manipulative system of the group. They have no access to the outside world. They are exposed to the world outside the group camps –weather in Baghdad or Ouver Sur d’Oise– only by what the cult-like system of the group offers them.
Regarding such conditions, just a few individuals could manage to escape the MKO camps during the past decade. You may want to study the ”No Exit" report published by the Human Rights Watch in 2005, based on testimonies of the former members of the Cult of Rajavi.As our duty is to provide families of the MKO members with possibilities to contact their loved ones in the MKO or at least to get news about them, we firmly ask the international community to pave the way for free access to Liberty residents in accordance with the international laws.
The group authorities annually spend large amounts of money to hire speakers and attendees for the gathering of June. You may want to take a look at the audience in the MKO gatherings to get to know about the number of Iranians and non-Iranians present there! You may want to ask the speakers at the gathering about their speaking fees!
This letter is not to challenge your sincerity in your beliefs but as a Socialist Republican deputy, do you really feel happy to attend the so-called gathering which is in no way the icon of the Iranians’ pro-democratic aspirations? Don’t you think that you are just used by the Rajavis as a means to run their ambitions?
Dear Sir
Compared with your socialist ideals, advocacy for a cult-like group with a dark history of human rights abuses, makes us confused and also concerned about the situation of our children behind the bars of the MKO. However, if you are still willing to attend the June 22 rally we appeal to you to at least use your political social and cultural influence to ask the group leaders Massoud and Maryam Rajavi to fully cooperate with the UN mission in Iraq for the relocation of Liberty residents to third countries and also to provide us with an opening to get in touch with the residents in a free atmosphere without the supervision of the group officials.
Sincerely,
Nejat Society