Comparing the MEK cult with Children of God cult

In June 2018, BBC Scotland News published a story on a survivor of a notorious cult: Children of God. The report is based on testimonies of a 38-year-old woman says who was abused from the age of four by members of the Children of God cult, including her own father. Born to the cult Verity Carter escaped it when she was 15. What she experienced in the cult that she describes “hell on earth” is similar to the accounts of former child soldiers of the Mujahedin Khalq Organization.

Although the MEK is not considered a sex cult as the Children of God is, there are numerous testimonies about child abuse and unlawful sexual relationships published by former child soldiers and other defectors of the group. However, there are many other common characteristics that destructive cults share. This article is focused on a comparative study on what Verity Carter endured in the COG and what former child soldiers of the MEK suffered in the group. 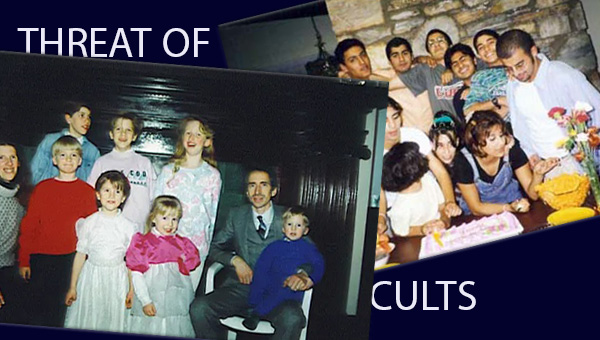 The facts are based on testimonies of former child soldiers of the group including Amin Golmaryami and Ray (Mohammad Reza) Torabi. The testimonies of former child soldiers of the MEK are available on their personal accounts on the social media, on club house, Nejat society website and other contents created by MEK defectors.
The Children of God began in the United States in the late 1960s. Its founder, David Berg, told members that God was love and love was sex, so there should be no limits, regardless of age or relationship. “It actively encouraged sexual activities among minors as young as two or three years old,” Verity told BBC.

The Cult of Rajavi began in Iraq in the 1980 around the personality of Massoud Rajavi after he took control over the Mujahedin Khalq Organization that had been established in 1965 by some communist Islamist students to fight against the Shah of Iran. Rajavi developed his ruling over his cult of personality by forcing members to divorce their spouses and to smuggle their children to European and American countries. He banned family life in his commune in Iraq called Camp Ashraf. However, this does not mean that the children of Mujahedin were safe. They mostly would live in team houses in which they were held under the most sever cult-like practices. A large number of the children were then smuggled back to Iraq, in their teen years, to serve as child soldiers of Rajavi’s army. 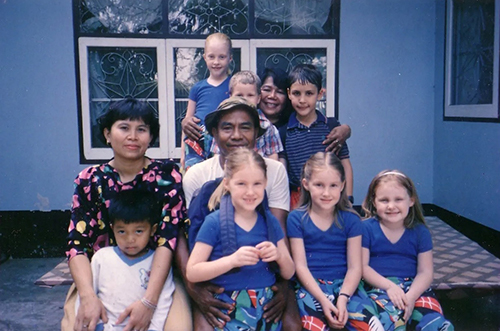 a photo of Children of God Cult

Verity says she was repeatedly beaten and whipped for the smallest of transgressions. “It became hell on earth for anyone born into it,” she says. Ray Torabi who left the MEK 5 years ago, spoke out about his childhood in the MEK in Club House on December 20th, 2021. “I was there for 18 years,” Ray said. “I was recruited by Sedighe Hosseini in Canada. I am an eye witness of the story of child soldiers… this is my right to tell my story to the world.”

“We had no contact with the outside world,” Verity says. “We did not have music or television or culture. We had no idea how the world worked.” The same suppressive atmosphere ruled the life of Amin Golmaryami and his peers in the MEK. In his interview with the German newspaper Der Zeit, he revealed horrifying facts about his sufferings under the Cult of Rajavi. According to the interview, published on October 27th, 2021, the MEK commanders banned the children from education. At least 40 cases of MEK children who resided in the group’s team house in Cologne were transferred to Iraq with the promise of visiting their parents and eventually they were unable to continue their education during the next years that they were forced to serve as child soldiers in the group’s camps in Iraq.

The article reads, “From the mid-1990s, some of their former teachers remembered that People’s Mojahedin children suddenly disappeared from Cologne. They suddenly stopped showing up in their classes, 14-, 15-, 16-year-old teenagers.” Amin was taken to Iraq when he was only 13.

The MEK’s child soldiers had no contact with the outside world until they could manage to leave the group’s camp years later. At the age of 16, the MEK agents promised Ray to take him to Iraq to visit his parents. However, he was made sign a recruitment form to join the MEK’s army in Iraq. Unlike his father, Ray Torabi survived an 18-year-long membership in the group and could manage to leave it 5 years ago. However, he got to know about his father’s murder by the MEK torturers only after he left the group.

Like Verity’s mother who is still in Children of God, Ray’s mother, Zahra Seraj, is still under the MEK’s brainwashing structure. She denies him as her son because, as she says, “he is a traitor to the organization”. 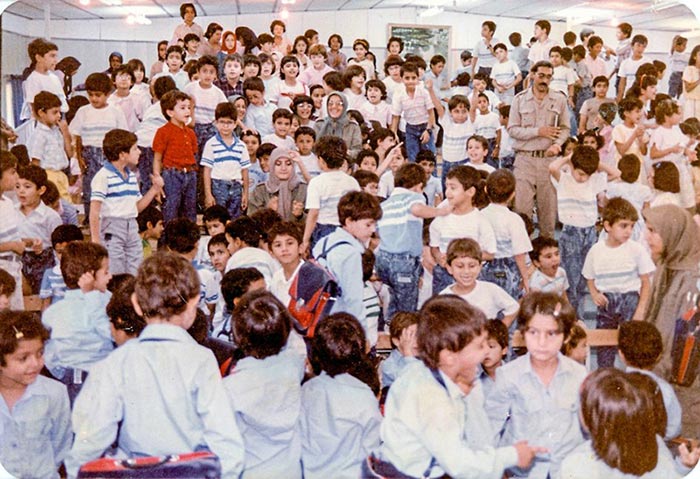 Children, fund-raisers of the cult

Verity’s mother and father claimed to be Christian missionaries as a cover for their activities, Verity says, and she was forced on to the streets to trick people into donating money. In the MEK’s regulations, this method of fund raising is title as “financial-social work”. On the weekends, the MEK children had to work for the group from early in the morning until late in the evening in cities across Germany. Nadereh Afshar, former member of the MEK who worked as a supervisor and teacher of the smuggled MEK children in Germany, wrote about how the group exploited children in financial-social work. Her book on the MEK titled “Love Forbidden” gives a first-hand account on the sufferings of children in the Cult of Rajavi no matter where they had been settled after they had been smuggled from Iraq to Europe.

In May, 2009, Los Angeles Times published a report on an appeal court held to try seven MEK members who were guilty to raising funds for the group. In court the defendants admitted that they knowingly raised funds to support the activities of Mujahedin-e-Khalq by collecting money from MEK supporters and soliciting money from unwitting donors at public locations, including the airport. Donors were told they were supporting a charity called the Committee for Human Rights.

Verity Carter says Children of God encouraged sexual contact between adults and children. She was abused from the age of four by members of the cult, including her own father.
Ray Torabi said in Club House, “It was a terrible life there. I was in Ashraf until I was eight or nine. In Camp Ashraf or in the MEK’s bases in the West, I was sexually abused by the MEK sympathizers and members. I was then given to a family that was very bad. I was constantly beaten by them. I was mentally abused.”
Many of the MEK children were abused sexually, harassed and raped. Amin Golmaryami and Saeed also testified in two Club House sessions that they were sexually harassed by male Mujaheds several times when they were teenage soldiers at Camp Ashraf.

While Verity Carter and her siblings could manage to escape the cult of David Berg in their teen years, the MEK’s former child soldiers were kept under the cult of Massoud Rajavi for their whole child hood and teen years. Most of them were not able to leave the group before their thirties. There are still a large number of those children, in their forties now, under mental and physical abuse in the group’s base, Camp Ashraf 3, Albania. The pressures on children of the Cult of Rajavi led to committing suicide in some cases, such as Alan Mohammedi, Yasser Akbarinasab.