Infiltrating the cults & Building a public awareness to resist influence and unethical abuse of cults There are cults in our midst, more than the average citizen realizes, and these powerful groups infiltrate many areas of our lives. (Margaret Thaler Singer; Cults in Our Midst)

Public’s peripheral and private life is always susceptible to being infiltrated by a variety of cults that might threaten the social health through psychological damages or appalling cult-oriented operations. In the same way, infiltrating cults can to a great extent decrease their threats and stop whatever deliberate violence, criminal activities and other anti-social behavior plotted by the cults. Furthermore, majority of cult recruits are deceived by what cults falsely advertize and is totally different with what is actually practiced within the cults.

Cult-defined values and standards are usually kept concealed from the new recruits so as not to make a free approval and disapproval of the cult they are invited to join. If the targets are to join and exist in the cult, they must conform to the rules even if they are not privately accepted. Once joined, the targets have to conform to the cult’s standards regardless of having developed an awareness of the existing discrepancy between personal and social standards and those of the cult’s.

A well informed infiltrated agent may secretly help targets to develop awareness for a timely decision. But the greater jeopardy seems to be when cults plan to threaten the society with their menacing activities. It is even worse when the cult reveals to have an infrastructural terrorist nature. The Iranian Mojahedin-e Khalq Organization (MKO/MEK/PMOI), for instance, is a terrorist cult that had proved to be a big threat for Pahlavi’s monarch before its fall following Iranian Islamic revolution. In one instance, infiltration into the organization not only stopped its terrorist operations but also led to the apprehension of almost all leading members and thus, immunizing the regime against the group’s threats for a while. Explaining on the event, Masoud Banisadr, a MKO’s ex-member, has said:

Mojahedin began their military operations in August 1971. Their first operations were designed to disrupt the extravagant celebrations of the 25-century anniversary of the monarchy. SAVAK [the Monarchy’s security-information apparatus] through one of the old member of Tudeh party, who was recruited by them, could infiltrate into Mojahedin and soon was able to arrest another sixty-six members. In the subsequent months, the group lost the whole of its original leadership through executions or street battles. 1

In spite of infiltrations into the organization to decrease the risk of its terrorist operations, it was a heavy cost for Iran’s revolutionary regime and the people as well. However, it has not been an unproductive preventive measure as another ex-member explains:

Another problem for the Mojahedin has been infiltration. The military attempts are failing due to the desperation of their recruitment policy, which has led to heavy infiltration of their ranks. The organisation is now so thoroughly infiltrated, that out of four recent terrorist attempts, three teams were immediately arrested at the border and the other one before they were able to undertake any action, because of intelligence that reached the regime via these infiltrators. 2

As cults have indeed influenced all types of people and infiltrated different aspects and contexts of social life, a public awareness deems necessary as another preventive measure against the spread of cults’ threats.

Considering it a duty, many established NGOs and groups, mainly formed by those who have suffered, that is to say, ex-members, parents and families, perceive themselves as caring and experienced in the suffering that cults inflict upon members. They are much more concerned about the dangers threatening society at large, as evidenced by the violence, criminal activities and other anti-social behavior in which cults have indulged. These groups can be of a great help in collaboration with legislative and judicial bodies to control cult activities and minimize their threats.

The relative balance of influence that these key groups play varies from country to country and is constantly changing according to the number of active cults and the degree of their threat. It has been suggested that these groups are primarily concerned about the dangers that cults pose for individuals and society, but they play an influential role for a widespread public awareness against destructive cults. Generally, the society blames the victims themselves who have been entrapped by the cults. As best explained by Singer:

We all are being influenced all the time. And we all are potentially vulnerable to a cult’s pitch, especially as our society becomes more and more commercialized, violent and alienating, dishonest and corrupt, polarized and without structure. To counter the blaming mentality, we must, as a society, seek educational and informational preventive programs to teach about open versus deceptive recruitment and to expose the manipulative and unethical techniques used by various cults to keep members guiltily bound to the group. If you buy a pair of shoes that don’t fit, you can usually return them. But once you join a cult, it may be years before you get out. 3

The established NGOs can draw on the stories of worried, anxious relatives and even the unconventional ethical ideological practices within the cults to attract the attention of the media. If the media accept and reinforce the image of the reported cults and let the public picture them as intrinsically and typically sinister, bizarre, and a dangerous threat, such an image will become accepted as part of the conventional, taken for granted wisdom of the general population. This can lead to encouraging the public opinion to react in an increasingly negative fashion which can fan the flames of escalating antagonisms on the cults. The public need to be concerned about the threats of cults and as Singer concludes:

The psychotechnology of thought reform is not going away. It is also not harmless, as the apologists and cult spokespeople would have us believe. We have, in fact, seen cult techniques of persuasion and control become more skillful, more subtle, and damaging during the past two decades. Education, information, and vigilance are constantly needed to keep us, and our minds, free. 4

Unfortunately, sometimes the number of active cults and the propaganda machine run by them exceed the counter-cult associations and NGOs and the mass media show little interest to cover the related reports and news as it is a generally adopted policy not to talk of the cults. It is only when a cult has indulged in a task of unconventional nature or immolation for some religious or political end that the media dash to cover it. It was only early this month that the news came out with the reports of the removal of a total number of about 416 children, mostly teens, from a polygamist remote compound Ranch of the Fundamentalist Church of Jesus Christ of Latter-day Saints, a breakaway Mormon sect. Hardly had anybody heard of the cult endangering the life of many innocent children abused in different ways by the cult.

It is not the first and will not be the last report of the children being abused by a cult. Mojahedin-e Khalq Organization also has long abused children and has separated them from their parents sending them away to countries far from their parents. Nothing is known about the whereabouts of these children and their names have almost sunk into the oblivion since rarely anywhere they are talked about.

It is not enough to bring general public awareness of cults through news reports of numerous bizarre crimes and acts of terrorism committed by members of some notorious cults and organizations. Although through these reports the public become somewhat educated as to the extraordinary social organization, practices, and techniques of influence employed by the cults and the groups associated with the crimes, much more has to be done to prevent outburst of such cult events.

HOW TO DETERMINE IF A GROUP IS A DESTRUCTIVE CULT 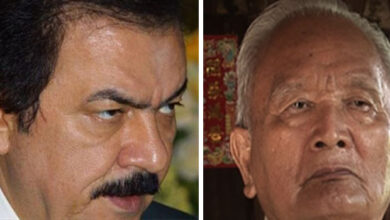 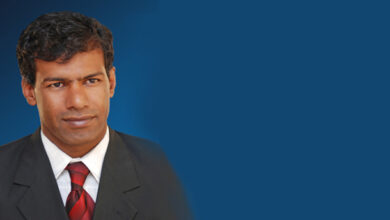 Rajavi’s Show In France Distracts From Sinister Death In Albania