TEHRAN (FNA)- Nejat (Rescue) Association – formed of the former members of the anti-Iran terrorist group Mojahedin-e Khalq Organization – praised the decision by the Baghdad government to take control of the MKO headquarters in Iraq.

"This decision is supported by Nejat Association because once it is 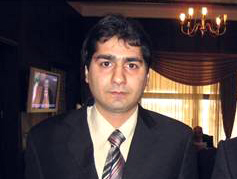 materialized, family members of those in the base can meet them and members of this group can make a decision (about their future) independently and away from the psychological pressures imposed on them by the Monafeqin (hypocrites) leaders," Secretary of the Association Arash Sammeti told FNA here on Tuesday.

Iranians call the MKO as hypocrites since they turned their back to their country and joined Saddam Hossein in the 1980-1988 Iraqi imposed war on Iran.

Recent reports say that the number of those splitting up with the MKO has been on the increase and the terrorist group’s leaders have, thus, tightened up members’ access to the media and information and banned meetings with family members in a bid to reduce the number of defectors through their intensified brainwashing efforts.

The number of defectors of the MKO has been on the increase, specially after the 2003 US invasion of Iraq.

After the US invasion of Iraq, members of the group were moved to a camp in northeastern Baghdad – known as Ashraf base – where they live under US-led forces’ protection.

"The decision by the Iraqi government to take control of the Ashraf base has faced Americans, who allege to be a fervent supporter of human rights and campaign against terrorism, with a new test" Sammeti stressed, adding that US action vis-à-vis Baghdad’s decision would illustrate how much Washington is loyal to its claims."

The Iraqi parliament is set to decide on the fate of the terrorist group amid calls for their expulsion.

"Regarding the presence of the MKO in Iraq, the Iraqi national assembly, the cabinet and the president have made the same decision," Sheikh Humam Hamoudi, a senior Iraqi lawmaker told press tv last Thursday.

Iraqi parliamentarians and officials have called for the expulsion of MKO members, saying the terrorist group meddles in the country’s internal affairs.

The government has formerly banned any deal with the members of the group and called on the US to stop supporting them in Iraq.

Many analysts believe that the government should have expelled the group long time ago in a bid to save many Iraqi lives.

They said the decision would help improve the security situation in the war-torn country.

The MKO has been involved in the killing of many Iraqis under Saddam Hussein’s regime.

Several lawmakers described the group as a threat to Iraq’s national security as it trains anti-government elements and is involved in backing insurgents.

The MKO has been blacklisted as a terrorist organization by many countries.

Formed in the 1960s in opposition to the rule of US-backed shah, the MKO took part in the 1979 Islamic revolution to take control of Iran, but soon changed course and turned into the main armed opposition to the Islamic Republic and has, ever since, assassinated scores of people and officials.

The MKO was an ally of the former Iraqi dictator Saddam Hussein and killed thousands of Iranian civilians and soldiers during the US-backed Iraqi imposed war on Iran in the 1980s.