It gives me great pleasure to hear there are still people here and there who believe in altruism and condemn widespread misanthropic behaviors practiced by their fellow-creatures under a variety of pretexts. Even in the heart of the most developed and democratic countries you may encounter countless, daily reports of discrimination on the basis of race, religion and gender and other forms of human rights violations. The least can be done is to release true, reliable and unbiased reports of the instances of violations regardless of political interests and appeasement of certain group and party.

But supporters of human rights may err as they are humans. There come circumstances when the very same enthusiastic supporters of humanity and human rights give their support, knowingly or unknowingly, to a political party or a group of freedom fighters whose true anti-human nature is concealed behind a camouflage of widespread democratic propaganda. Can it be really justified especially when the blunderers are the elite in a society and shoulder a great responsibility that represents their nation?

Just on the occasion of ‘International Human Rights Day’, a session was reportedly held at the press building of the Italian Senate with regard to the severe violation of human rights in Iran. The participants in the session are reported to include a number of senators and members of the parliament as well as some personalities and heads of societies in defense of human rights. You may ask what these Italian people have to do with violation of human rights inside Iran when what happens in Italy itself is much more alarming. We have nothing to do with such issues but the question is well responded when you come to know the people orchestrating the session.

Read the excerpt from the report to figure out the sponsors. Senator Vincenzo Fasano, from the ruling coalition, called supporting the Iranian Resistance and said: “I have studied your programs and am aware of your goals for the future and also your support of annulment of death penalty. I also very welcome your genuine motto of your future government which is the separation of church and state, and hence I find myself committed to stand by you”.

That is again Mojahedin Khalq cult that has started a new phase of pro-democratic blitz as a new tactic after being disarmed by the coalition forces invading Iraq. Globally recognized a terrorist group and a cult of personality, the cult of Mojahedin is still holding the members in the heavily guarded enclosed Camp of Ashraf where a matriarchal autocracy holds the control. It does not mean that the organization believes in the superiority of women or recognizes the rights of women; rather it is a cult technique to further enslavement and exploitation of women. Of course, Senator Pasquale Nessa has hardly grasped the real intention of the cult when at the session he states: “I am aware of your struggle for women’s freedom and I wish you success”. Obviously, he is not at all aware of what passes within the Camp Ashraf and that, women are the main victimized human beings under the pretext of fighting for freedom, that is to say, they are deprived of their freedom and coerced to engage in a never-lasting struggle to regain it.

As I said, it is the duty of all influential figures who live in democratic countries to struggle against the violation of human rights. But siding with the violators of human rights and acting as their paid mouthpiece is much despised. I believe that for sure Senator Giorgio Bornacin, from ruling party, knew nothing of Mojahedin’s documented instances of violence and atrocities not only perpetrated against Iranian people but also its own members when he addressed Mojahedin saying: “It is very important today that we are present and struggle against the violation of human rights. This is the duty of all parliamentarians who live in democratic countries. I am with you to restore the rights of the Iranian people’s rights and participate with you in this struggle”. There seems no need to explain the present condition of the members at Camp Ashraf who are dispossessed of primal rights of human.

So, if it is the way these representatives approve for the restoration of the Iranian people’s rights and setting the enslaved members free, I have to admit that they are going astray and are presenting a new definition of defending human rights that shall question the accuracy of the democracy they advocate not only for the world but their own people. 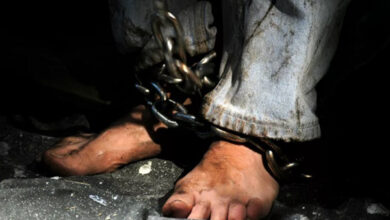 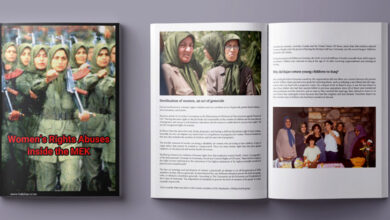