For or against the regime of Tehran:Iran divides French Parliamentarians

Iran divides French parliamentarians, in their political disagreement, to right as 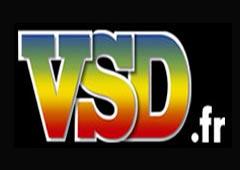 well as left. More than 290 of French deputies have recently singed a call for the support for Mujahedin Khalq Organization of which the leader, Maryam Rajavi is exiled in France Auvers-Sur-Oise. A group called “coordination Parliamentary”, solicited by Jean-Philippe Maurer the deputy of UMP, and Jean-Pierre Brard, the communist representative are working for the removal of the name of the movement from the list of terrorist organizations of the European Union.

These activities that are relied of the recent decision made by a British court in favor of the Mujahedin, count on finding a positive opinion by Nicolas Sarkozy during the French presidency in EU. “We support this Iranian opposition group because it’s the only democratic foundation that struggles against the regime of Iran,” estimated Jean-Philippe Maurer. The deputy of Strasbourg refuses the critics that have been presented against the organization of Maryam Rajavi since 2003. Following a police raid, many militants set themselves on fire. The leaders of National Council of Resistance of Iran, the political cover of these dissidents, are still under investigations. ” Since 2003, this organization has moderated its excessive behavior.” revealed Jean-Philippe Maurer.

Among the same ranks of the French Assembly, other deputies of UMP totally disagree.” The parliamentarians who singed this call for support do not know the situation in Iran well.” Says Didier Julia, vice-president of the France-Iran group, “Iran is not such a simple state. It is led by Experts Council and the execution of the laws is performed by three different sources. In my opinion, People’s Mujahedin enjoys a very small support. They are very weak inside Iran. Instead, France should reinforce its relations with Iranian civil society and the Iranian government in order to achieve the public liberty. It’s not the regime change that we should look for. Iran can evolve   gradually, like Syria.”

Whose lobby is more effective towards the French Parliament members; The Iranian dissidents or the representatives of the Iranian State? Didier Julia declares that the diplomatic advisor of Nicolas Sarkozy has the same opinion as he has.

Jean – Philippe Maurer thinks that the debates on Iran have not reached a clear position, in Elysée.