We are the former members of PMOI( people’s MOJUAHEDIN organization of IRAN) , whom recently could manage to leave Iraq and safely reached to 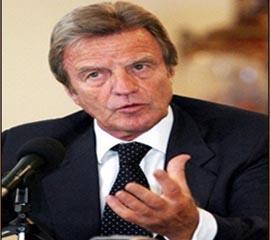 European countries. We had lots of obstacles and hurdles on our path to the free world such as possibility of being arrested and extradited to IRAN and dreadful dangers which exist in IRAQ daily because of sectarian conflicts, but successfully solved all the problems and after putting behind all those hurdles , fortunately we could reach to EUROPE safe and sound.

Now , we are in PARIS and we want to have a normal life in free and democratic countries such as FRANCE, and also we would like to notify all the human rights’ organizations as well as the governments and politicians about the dangers of this inhumane cult(RAJAVI’S CULT) and its representatives and operatives who are propagandizing and plotting in the favor of their terrorist cult and its destructive cultic ideology, in EUROPEAN countries as well as in USA by their agents ,right now. They have concealed themselves behind democracy and freedom to hide their dreadful past to prevent others knowing of the terrible crimes that they have done during these years.

This inhumane cult, which has assassinated American colonels and generals during the SHAH’S time(THE KING ) and had a very robust and powerful cooperation with the late dictator of Iraq(SADDAM HOSSEIN) in suppressing and repressing IRAQI people specially the KORDS, during the national uprising against SADDAM HOSSEIN and his government as well as oppressing its own members and dissidents inside the cult which many of them were vanished or killed by the operatives of this cult during past twenty years. We were all suppressed and oppressed every now and then by the operatives and commanders of this cult in different cultic gatherings and sessions such as CURRENT OPERATION(AMALIYATE JARI ),DIG ,DIGCHEH,GHOSLE HAFTAGHI, and etc. These gatherings and sessions were all suppressive tools to demoralize and punish the dissidents and members.

We are ready to testify against the crimes that PMOI have done . We are all victims of this cult whom have been tortured physically and psychologically by the cultic criminals in this notorious cult. PMOI is a terrorist organization and should face the consequences of killing innocent people of IRAQ as well as mistreatment , misbehavior , torture and killing of the dissidents who were against RAJAVI’s cultic terrorist ideology inside the cult. We are witnesses of killing and murdering of many members inside the cult such as killing of MR.GHORBANALI TORABI and MR. FARHAD TAHMASEBI in 1994 and many others under sever torture As well as committing suicide of MR. AHMAD REZAPOUR as a result of too much physical and psychological torture in this cult.

We have lots of information which substantiate and prove that this organization is a criminal and terrorist cult and the operatives and the leaders of this cult should be put on trial in the court of law. We, the victims of this cult, are ready to participate in the court of law to testify about the crimes which have been implemented and carried out by this cult.

We urge all the humanitarian organizations, UNITED NATIONS, AMNESTY INTERNATIONAL, ICRC, HUMAN RIGHTS WATCH, and the government of FRANCE to help us to put those criminals on trial. They are very dangerous and their cultic ideology is suppressive and destructive.

We want to inform and notify all the governments and countries specially EUROPEAN and NORDIC countries to be aware of the presence of the RAJAVI’s cult agents and operatives on their land because, these agents and operatives are taking advantage of these countries’ democracy and freedom to propagandize their terrorist cultic ideology in there. Actually the operatives and the agents of this cult are recruiting IRANIANS who are living in free and democratic countries, by deceiving and inciting them to go to IRAQ or work for them in European and Nordic countries to propagandize the cultic ideology of this terrorist and suppressive cult (RAJAVI’s cult) in these countries under direct control and supervision of MARYAM RAJAVI one of the leaders of this cult, in their main headquarter in PARIS.

We want to see the justice to be done for the inhumane crimes which have been implemented by the RAJAVI’s cultic criminals, against people of IRAQ and the dissidents and members of this cult whom we are part of those dissidents. For that reason we are ready to participate in any court of law to testify about our terrible observations of crimes which were perpetrated by the operatives and leaders of this cult. We have lost everything in our life as a result of being kept forcibly in this cult. we are the real victims ,both PMOI and ISLAMIC REPUBLIC OF IRAN destroyed and ruined every valuable things we could have them in our life today. we are deserved to see the justice to be implemented . BEST REGARDS

Bernard Kouchner, French Foreign Minister, replied on December 10 at the French Senate in a matter of a senator and has declared that “France is indeed in favor of retaining the Mujahedin  (PMOI/MKO) on the European list of terrorist organizations. He added that “this movement, mainly based in Iraq, poses a number of problems.” French diplomacy, as a large part of European diplomacy, seems not to be deceived by the charming champagne of PMOI / NCRI (the two covering names of terrorist Mujahedin Khalq Organization).

All this falls very badly for the terrorist Mujahedin organization, including the latest members of its military organization, will soon be expelled from Iraq where Saddam Hussein had hosted them as performers of its dirty crimes.