I was thinking about the years which I spent in this so called organization, the PMOI. Actually I had better say I wasted all those years of my life spent in 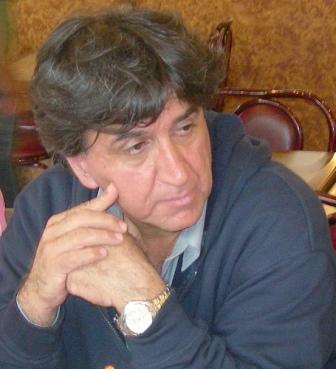 I was thinking about all those men and women who trusted the leaders of this cult and joined them to bring peace and democracy back to our motherland, Iran. Now as a result of the wrong and mistaken strategy which is a production of the medieval ideology and lack of brain of MASSOUD RAJAVI, all those men and women are in a terrible situation in Iraq right now.

The leaders of this cult put all kind of obstacles and hurdles so as not to allow Iraqi officials to enter that notorious garrison. The Iraqi officials who are in charge of their motherland, Iraq, after overthrowing the dictatorship of SADDAM HUSSEIN, want to help the stranded and hopeless captives of this cult to be released and rescued from this barbaric and inhumane cult after many decades. But the PMOI’s officials and its leader MARYAM RAJAVI are totally against such a humanitarian act and even threaten that in case of pressure, human catastrophe will occur in their Iraqi garrison called ASHRAF.

MARYAM RAJAVI sees her cultic survival in the remaining of the obscure and notorious ASHRAF GARRISON with all those men and women captives in it.

Why is she so dedicated and loyal to this cult?

Why is she trying her best to deny the right of freedom and right of having access to a normal life for all those people who have been stranded in that organization for a long period of time?

The only answer I can think about is, because she wants to continue her barbaric cult no matter of its cost and consequences. The lives of all those people are worthless for her.

She has been in Paris/France for a long time and she controls all the cultish ideology directly and exactly from Paris. She has made and established a deadly organization in Paris to export her cultish ideology to European countries and throughout the world, and this is the dangerous part, because MARYAM RAJAVI is taking advantage of the freedom and democracy in European countries cunningly to propagandize her cultic ideology.

This is the cultic ideology which, in complicity with the dictator of Iraq, massacred Iraqi people during the popular uprising of Iraqi people, and suppressed and oppressed the cult’s dissidents inside of the cult as well.

The French people have experienced the catastrophic burning to death of desperate members of this cult in Paris in 2003, who were ideologically forced to set themselves on fire.

These kind of violent and inhuman acts are the least that this ideology and cultish thoughts can do, especially while their cultish benefits are in danger.

All those inhumane and violent orders are declared directly from MARYAM’s cultish castle in Paris. The French Government should be aware of the real character and personality of this cult. The cult leaders in Paris pretend to be freedom lovers, peace and democracy advocates, but they are not.

I am one of their victims. I spent more than twenty years of my life there, so when I say something about this cult, it is based on facts and realities. Whether you believe or not, this cult is very dangerous and carries a very obscure and grim past.

I am fully ready to participate in any court of law to testify about the crimes which the leaders of this organization have done against the people of Iraq and the members of this cult.

Who is Maryam Rajavi?