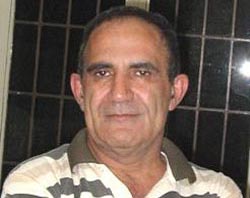 media today, such a terrible shocker, so that one of Mojahedin victims called Mohammad Sobhani was recently attacked by the Mojahedin cult terrorists in Cologne, Germany. All of a sudden,

I got shocked such a shocking terrorist action, which can be, happened in your motherland where the nurse of freedom and democracy is. However, I was not as surprised due to this cult notorious violent nature as well known at the regional and international level. As I closely know them and on the other hand, the historical and political reality and experience during last three decades has shown that the terrorism and the thought of cultism does not recognize any kind of geographical and moral border. Therefore, such terrorist activities by this cult are natural and expectable. But the human and moral conscience of the West Elites and politicians must be aware of much more terrorist activities and efforts by this cult in the future in the other European States against other Mojahedin guiltless victims and survivors who have already fled from the bloody claw and fanatic dogmatism of this sect and took refuge in the western countries. Now, it is the time for the public opinion in particular the dependable officials of the West to control and prevent the terrorist activities of this adventurous cult instead appeasing this cult and using this cult as a means for achieving political aims in the region. Mr. Ambassador, you should consider this fact that the main losers of this illegitimate political deals and appeasements are innocent survivors of Mojahedin cult who are under the direct range of this cult terrorist target in the European States. As we witness the current experience of Mr. Mohammad Sobhani in your motherland, who has been under severe and inhuman tortures by this cult for the period of two decades in the notorious custody of Ashraf garrison situated in Iraq.

In fact, the present adventurous incidents of the Ashraf garrison situated in Iraq and it is still under the ideological and cultic control of this cult and without any doubt Mojahedin cult officials and leadership is the most leading responsible of causing the whole up to date problems in the region including the recent terrorist assault on Mr. Mohammad Sobhani, prove that the Mojahedin cult’s leadership claims regarding new changes so that this cult has abandoned the violence, is quite false and vain. The latest violent efforts either in Iraq or in Germany show that the leader of this cult, Maryam Rajavi is not trustworthy and her vows and obligations regarding international norms and laws, are forged and fictitious. Therefore, she is endeavoring to achieve her reactionary and political aims via violence and terrorist activities. That is why she is reputed as Iranian Ben Laden among Iranian opposition groups and most of Iranians. As a result, now it is the appropriate time for the West to take a serious step regarding Iranian Ben laden to encounter her ipso facto terrorist threats, which can be horrible for human beings in particular for the public security and peace of the European States.