[Iran-Interlink: According to UNHCR and UK Parliament, the Geneva Convention does not apply to this situation]
1- Mission Viejo man guilty of raising money for terrorists

A Mission Viejo man and six others pleaded guilty last week to raising hundreds of thousands of dollars for an Iraq-based terrorist organization.
Prosecutors said the men told contributors they were giving the money to a charity fighting for human rights.

Hossein Kalani Afshari, 52, of Mission Viejo and his six co- defendants each face up to 20 years in federal prison for helping raise money for Mujahedin-e Khalq, or MEK, a militia largely based in Iraq that has campaigned bitterly against the clerical establishment of neighboring Iran.

2- 100TH DAY OF PROTEST ACROSS FROM WHITE HOUSE

States News Service, May 08, 2009
The following information was released by the office of California Rep. Dana Rohrabacher:

Today, I spoke via tele-conference to a group of families and friends of the Iranian dissidents residing in Camp Ashraf, Iraq. They wre holding a rally across from the White House to mark 100 days of vigil and to call on the U.S. government to guarantee the protection of Camp Ashraf residents. They have warned of a humanitarian catastrophe in Ashraf absent a commitment by the US and Iraqi governments to provide protection for Ashraf.
I told them,

"We send a message today – a message to the White House, a message to Baghdad and a message to Tehran, as well, that the people in camp Ashraf … we are thinking about them and a move against them will not further the cause of bringing democracy to Iran."
The protestors and all human rights and democracy advocates are rightly defying the Mullahs in Iran.
"We need to make sure to keep that defiance [of Iran’s regime] alive and vow that we will not only keep that defiance alive but we will prevail over the Mullah dictatorship. It’s time for the Mullahs to go back to the mosque."

The protesters want the U.S. and Iraq to ensure full implementation of a resolution adopted by the European Parliament on Friday, April 24, 2009, which called on the Iraqi authorities "to protect the lives and the physical and moral integrity of the residents of Camp Ashraf" -home to the members of the People’s Mojahedin Organization of Iran (PMOI/MEK) in Iraq- and "to treat them in accordance with obligations under the Geneva Conventions, notably not to forcibly displace, deport, expel or repatriate them in violation of the principle of non-refoulement". Protection of these Iranian dissidents who played a key role in exposing Iran’s secret nuclear plans is especially relevant today as Iran continues to defy the international community about its nuclear program.

Ashraf residents were designated as "protected persons" under the 4th Geneva Convention in 2004. The United Nations, International Committee of the Red Cross (ICRC), Amnesty International, and other humanitarian organizations have warned against forcible expulsion, repatriation, or relocation of these individuals; citing international humanitarian law and the ongoing threat to their lives.
In Freedom,
Dana 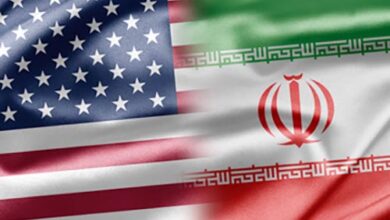 What Will Iran Do if Trump Tears Up the Nuclear Agreement? 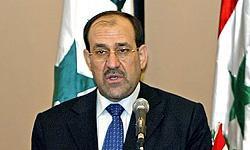