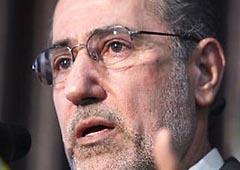 “Baghdad has made the final decision not to allow the group to stay on its soil,” Al-Rubaie told the Mehr News Agency in an interview published on Monday.

The Iraqi national security advisor said Iraq has offered two options to the MKO: “Either a voluntary return to Iran or (they must) choose a third country.”

He added, “There is no other way.”

The Iraqi Constitution prohibits the presence of terrorist groups in the country, he noted.

Al-Rubaie said Iraq is conducting negotiations with certain countries that may be willing to accept MKO members.

Asked whether the Iraqi police’s decision to arrest some MKO members was related to the group’s involvement in the suppression of the Iraqi people during Saddam Hussein’s rule, he only said, “The judicial branch set its regulations and made the decision without the interference of the executive branch. In Iraq, all people are under the jurisdiction of the Judiciary and there is no distinction between them.”

Asked if Iraq is ready to extradite some of the MKO ringleaders, for whom Iran has issued arrest warrants, he replied, “Judicial agreements on the extradition of criminals specify such types of cooperation between countries.”

Camp Ashraf, which houses 3,418 MKO members, is on Iraqi soil and under Iraqi control and all the people residing in the camp are subject to Iraqi law, he explained.

The MKO began a campaign of assassinations and bombings in Iran shortly after the victory of the Islamic Revolution in 1979.

The group moved to Iraq in the early 1980s and fought Iran from there until the United States invaded in 2003.