Sahar Family Foundation: Maryam’s release was the cause for the celebrations held in Auvers and Ashraf and we observed a variety of programs aired by Mojahedin’s TV. The programs noticeably purported to introduce new spirit and concepts, the performance of new dances including a mystical dance in particular. Or magnification of signs and patterns that significantly denoted concepts of the ideological revolution, like that of sacrifice and devotion. What is your idea about these programs and what ends had the organization aimed to achieve? 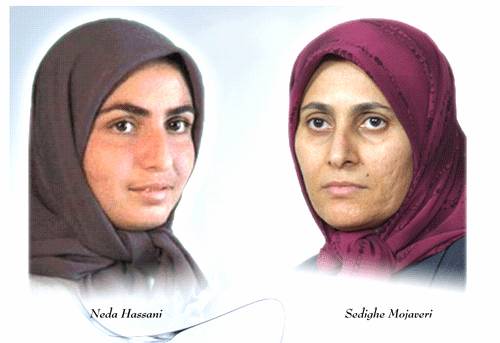 Batool Soltani: I saw the programs you mentioned. To answer your question, I have to begin with a retrospect. Although it may seem irrelevant to the issue of self-immolations, it may explain origination and introduction of these innovations in the organization. I remember the first performance of Marzieh, an old Iranian diva, in Camp Ashraf. It was really an unexpected shock.

Until then, talking about any form of music, concert and singer was a taboo. Besides, nobody would ever think that in such an atmosphere of militarism overwhelmed by the smell of blood,
powder and gun music could be of any use and effect. Marzieh’s presence and performance in the camp changed the mind-set and the organization began to look at it as a working instrument.

It happened at a time when the organization had been disarmed and members had a lot of free time since there were no arms and, consequently, no heavy maintenance demands on them. Here, the organization resolved to replace new vehicles to keep the very same struggle morale among the forces. Art, an especially music, showed an appropriately working instrument for the purpose.

On the other hand, the organization strived to display a different profile for the West and that it had undergone a modernized change within and without. In fact, the organization keeps a tenacious hold on art and music to serve it for ideological instructions and to fulfill its purpose in the very same way it utilized arms and other means of violenve. The incidents of 17 June, self-immolations and the subsequent death of Neda and Sediqeh was the best granted opportunity to render the whole operation and the dead a legend through art and particularly focuses on the mystical dance. To make saints out of the two, art worked better and beyond any direct, long preach and ideological lecture.

Of course, these mystical programs were exclusively performed in Camp Ashraf because of the dominant ideological atmosphere there. Unlike Camp Ashraf, in Auvers-sur-Oise it was the common, modern music and songs sung by Iranian Los Angelino singers that prevailed. In France and in the midst of the modern, world mystical dances could communicate no effect; it was all western dances, Rock, Pop, Hard and similar music.

The Ashraf residents were the scapegoats ready to be sacrificed and they had to be kept ideologically ready and prepared for suicide operations. Those in the Europe were either spear carriers, who had to be appeased, or leading rankings who, naturally, had the responsibility of setting up the background for the victims. The art in Ashraf was a means to enhance the sense of devotion and sacrifice and you can explicitly notice the implied concepts in the style of the dances, the rhythm, decoration and design.

Hardly can anybody come out without the performance having made a heavy impression on him. In many cases, the members wished they had been in the place of Neda and Sediqeh in self-burnings. Such an impressive climate could not be created in any other way but through art and music and it was the force of music to meet organizational objectives that enticed Rajavi to change his mind, notwithstanding he cared not in the least for the art that serves the art itself. As at the present you are mainly focusing on the issue of immolation, I think the given details suffice.

SFF: you restated the death of Neda and Sediqeh. Will you please talk about the impact of their operations on the organization from any angle you look at it?

BS: To look at it from the best angle, it was the attempt to mythicize their death and consecrate them as saints and legendry heroines. Multitudes of poems, elegies and songs as well as the already mentioned mystical dances were composed and manipulated to justify the wounded and the dead of the immolation operations and to fashion archetypes for others to follow.

Here the aesthetics of art no further served to glorify the beauties of life but death in its most ugly and abominable form, self-burning. The function of art was converted here; to die for the ideals is evaluated a fair, worthy death, but to die for an egoist who believes in no humanistic ideal value but absolute autocracy is to become the victim of a cruel and unfair hoax.

How they infuse these teachings into the organization is a different discussion. In Camp Ashraf, for example, the first to enshrine them as legendry heroines was Mozhgan (Parsai). Of course, before she began the show off, Massoud had called to eulogize them as devotees who had proved their ideological truthfulness. Although he believed that members had shirked their organizational responsibilities towards Maryam, he began to extol Neda and Sediqeh and other hospitalized members as heroes who had transcended human limits.

They had reached, he stated, the summit of selflessness where they could easily engage themselves in feats that was hard or impossible for others to do. The people enslaved by their selves with no bond to a secure source of attachment would end to a wasteland while people like Neda and Sediqeh who depended on a safe and reliable guide like Maryam could easily brave any struggle and risk. For someone disenchanted self-burning is a deprecated suicide while for someone attached to a source of solace it is a spiritual act leading to salvation. One dissolved in the leadership did everything, even risked his life, to protect and save his/her life through any means.

Rajavi’s moralizations all came after the immolation incidents through cassettes in which he acknowledged ten other members who had set themselves on fire one by one. Then it was Mozhgan’s turn to comment on Rajavi’s statements and suggested to build a monument for the two martyred inside the camp. Thus, trough a clever pattern of conspiracy, they produced iconic archetypes and models; they named buildings and streets after them, made symbolic monuments, mounted their pictures on the walls everywhere and so forth.

Sahar Family Foundation: The consequences of the 17 June incidents were each causes for further arguments. But, let’s first ask how long did Maryam Rajavi’s detention by the French police last?

Batool Soltani: I cannot tell exactly, but I think nearly twenty days altogether. But it seems one year when you consider about what ensued from her detention. I think she was released on July 2, 8 in the morning.

SFF: Well, after her release, what message did she specifically deliver?

BS: She claimed that while in detention, she had prepared a few messaged that they had prevented to be sent out, including a videotaped message addressed to members in Europe and Ashraf residents to cease self-immolations.

It was what she said in her first delivered speech after her release. Another consequent event was a held celebration for freedom in Auvers in which the members of the Leadership Council and a number of local residents of Auvers-sur-Oise took part. She distributed flowers and made a speech and many boys and girls chanted and danced on the street outside.

We saw all these on the TV but we had also our celebration simultaneously inside Ashraf with the difference that the celebrations in Auvers displayed a modern, happy and joyful performance while in Ashraf it was more similar to a mystical-style ritual.