The plots hatched by the anti-Iran terrorist Mojahedin-e Khalq Organization (MKO) for stationing troops alongside Iran’s eastern borders were defused after Tehran arrested Abdolmalek Rigi, the most notorious terrorist ringleader at its eastern borders, an Iranian lawmaker said Saturday. 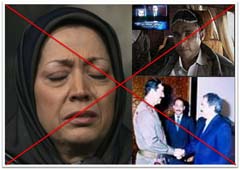 "The MKO’s members were hopeful that after expulsion of the group from Iraq, they could establish a joint den of corruption in the eastern Iran in coordination with (Abdolmalek) Rigi, but this plot fell flat with the capture of Rigi," Mohammad Reza Khabbaz told FNA.

Last Tuesday, Iran announced that it has arrested Abdolmalek Rigi after intensive intelligence and security operations.

Rigi on June 2 admitted receiving assistance from the MKO, but relations between the two anti-Iran terrorist groups had surfaced a long time ago when US started plans to coordinate anti-Islamic Republic moves.

In August, the Jundollah terrorist group warned the Baghdad government that it would retaliate against the closure of a main camp of MKO by the Iraqi forces.

"…the Iraqi government should know that its hostile measures against the residents of Camp Ashraf who are Iranian immigrants in this city are not and will not be in the interest of the Iraqi government," Jundollah said in statement.

Six years after toppling Saddam Hussein’s government in 2003, the country’s security forces took control of the training base of the MKO at Camp Ashraf – about 60km (37 miles) north of Baghdad and changed the name of the military center from Camp Ashraf to the Camp of New Iraq.

The Iraqi government and parliament have both voiced strong determination for expelling the group from the country.

The MKO started assassination of the citizens and officials after the revolution in a bid to take control of the newly established Islamic Republic. It killed several of Iran’s new leaders in the early years after the revolution, including the then President, Mohammad Ali Rajayee, Prime Minister, Mohammad Javad Bahonar and the Judiciary Chief, Mohammad Hossein Beheshti who were killed in bomb attacks by MKO members in 1981.