What are Rudy Giuliani and several major Bush administration officials doing in Paris this week? Addressing a militant Iranian exile group that the U.S. government has designated a terrorist organization, of course.

"The United States should not just be on your side," Giuliani told the group, the Washington Post reported. "It should be enthusiastically on your side. You want the same things we want."

The group, known as Mujaheddin-e Khalq or MEK, is a militant group that’s been violently fighting the Iranian government since the 1960s. It has ties to the regime of Saddam Hussein, which trained and outfitted the MEK and for whom the MEK fought in the Iran-Iraq War of the 1980s. According to the State Department, which declared the group a terrorist organization in 1997, the group’s philosophy is a combination of "Marxism, Islam, and feminism."

Giuliani and the others told the cheering crowd that the Obama administration should take a stronger hand against Iranian leaders. Townsend scoffed at the use of negotiations and sanctions, without suggesting a tactic that she believes could work.

"Appeasement of dictators leads to war, destruction and the loss of human lives," Giuliani said. "For your organization to be described as a terrorist organization is just really a disgrace."

The four are not lone wolves in their support for MEK. Last Friday, at a symposium organized by a group called ExecutiveAction and moderated by erstwhile Colorado gubernatorial candidate Tom Tancredo (R), a group of current and former officials called for the U.S. to lift MEK’s terrorist designation and get tougher on Iran.
"The problem is not that a tough approach has failed," Rep. Ileana Ros-Lehtinen (R-FL), the incoming Foreign Affairs Committee chair, said at the forum, "but that it has yet to be fully tried."

Likewise, a resolution surfaced in the House this year to urge the administration to drop MEK from the terror list. It garnered 112 sponsors, including some Democrats, but died in the Foreign Affairs Committee.

Britain and the European Union have dropped terrorist designations for the group, and a U.S. federal court in July ordered Secretary of State Hillary Clinton to review the designation. 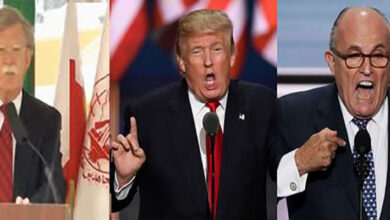 Neoconservatives Split Over Support for the Rajavi Cult