A member of the Iraqi parliament on Wednesday blasted Washington’s political games in the region, including its support for the terrorist Mojahedin-e Khalq Organization (MKO) as a pressure lever against Iran.

Speaking to FNA, Adnan al-Seraj underlined that Baghdad is resolved to expel the terrorist group from the country, but it has faced tough Washington opposition to the move.

"Washington is supporting and defending the group (MKO) in Iraq and its support for the group is aimed at imposing pressure on Iran."

"The Iraqi government’s decision for the expulsion of the MKO is very obvious and clear and the group should leave the country by the end of the current year."

On Monday, Iraq announced that members of the terrorist group holed up in the country must leave by the end of the current year (2011).

Iraqi Government Spokesman Ali al-Dabbagh said that the cabinet is determined to shut down Camp Ashraf located north of the capital, Baghdad, and disband the terrorist group.

"The council of ministers has committed to implement an earlier decision about disbanding the terrorist group by the end of this year at the latest, and the necessity of getting it out of Iraq," the official noted.

Open Activities of a Proscribed Organization 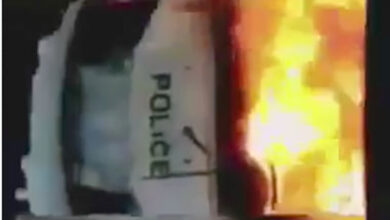