The Mujahedin Khalq (MEK) is a cult which has a long history of terrorism; the leaders, with their chameleon like-nature have targeted and captivated various audiences throughout their existence as a group. They run diplomacy of deception and their opportunistic tactics are now fooling naïve Western sympathizers—so much that some sympathizers will lay down their 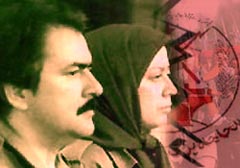 political reputations for them, in the belief that they are supporting a legitimate alternative to the current regime in Iran. With an impressive ability to transform its image, the Mujahedin-e Khalq has managed to court potential allies. They have tailored their principles to obtain sympathy from and stir the attention of neoconservative warmongers who would like to see Iran acted upon with a major political operation. This is dangerous because any type of political operation against Iran, especially one that would result in the use of force would be catastrophic. Notwithstanding what the Iranian people think, an operation which includes the MKO would also include a goal of ending the current Iranian regime—and placing it with the MKO. The Iranian people would not, in any way, stand for it because Iranians have no room for a principle-bending cult who is out of touch with reality and who has not stepped foot in Iran for decades.

Development of Change
During the 1960’s when many Iranian youth were interested in Marxism, influenced by the USSR, founders of MEK based their ideology on a Marxist version of Islam. According to the US State Department report, the “MEK sought to counter what it perceived as excessive western influence in the Shah’s regime. Following a philosophy that mixes Marxism and Islam the MEK has developed into the largest and most active armed Iranian dissident group."[1]

When in the 1970’s, anti-western attitudes came to be shared by most guerilla groups around the world and also among Iranians who supported Ayatollah Khomeini as an Islamic anti-western leader, the MEK found it beneficial to develop an anti-imperialism dimension to their activities. They launched several attacks against American interests in Iran that killed seven American military personnel and civilians. The State Department reports that "its history is studded with anti-western activity.” [2]

During the Islamic Revolution in 1978, the MEK took part in anti Shah protests and supported the Islamic Republic. But soon after the revolution they clashed with the newly-settled government because they couldn’t find any position in the newly formed power structure. The group’s leader, Massoud Rajavi fled to Paris together with the Iranian former President, Abulhassan Banisadr (who now denounces the group and refers to it as a terrorist cult). In Paris, they found it advantageous to change their image and their name; they started the National Council of Resistance which is now the MKO’s political tribune in the West. Kathryn Spellman, a British Professor of sociology writes in her book *Religion and Nation: Iranian Local and Transnational Networks in London*, that "the NCR was founded in October 1981 as a provisional government of the Islamic Democratic Republic."[3]

The NCR was first headed by Massoud Rajavi and included 235 members of whom 90% were Mujahedin members. In response to the female impression on the Iranian government, the NCR cleverly decided to elect a woman, Maryam Rajavi as “President elect” of the Democratic Islamic Republic of Iran. The title "Democratic Islamic Republic" for the MEK’s dream government of Iran was not surprising because at the time Iranian public were seriously interested in Islam and most people wanted Islamic laws to be obeyed in their country. Knowing this, Rajavi adopted the majority “Islamic” view. He felt that it was important to change his group’s principles in order to be accepted as a viable alternative to the regime.
In 1985 the MEK made another transformation and moved to Iraq where Rajavi gradually transformed the MEK into a full blown military cult, appointing himself as the absolute leader.* *Antoine Gessler author of *Autopsy of Anti Ideological Drift*: *Analysis and Background on the* *MKO* describes the group:

"Operating as a political-military sect, based on a cult of personality, the people’s Mojahedin of Iran requires total obedience from their true believers. The hierarchy is very structured and very strict, demanding blind obedience to the leadership. Their methods are reminiscent of Stalin’s. They include the notorious model of the Moscow show trials overwhelming their internal critics with insults, mudslinging lies, accusations of treason, selling out or being enemy agents.“Yet, after almost thirty years of struggle, the PMOI and its National Liberation army have little to show for their efforts. They have squandered all their achievements of the Seventies and Eighties largely through their alliance with Saddam Hussein.

During the last two decades, Mr. Rajavi and his friends have only succeeded in cutting themselves off from the very people who want change in Iran, but will not follow the PMOI. They have never been able to lay the foundations of that ‘Islamic, Democratic Republic of Iran’ which is their principal aim." [4]

In 2003, after the fall of Saddam Hussein when the MEK’s Camp Ashraf was bombed by the American Air Force, Massoud Rajavi found a practical solution—he shifted with the wind and signed an agreement with US Forces, which required him to relinquish arms (to US Forces). This strategic move helped him draw the West’s attention towards his organization which has been listed as a terrorist group since the 1990’s. As the MEK increased its propaganda campaign in Western countries they intentionally distinguished themselves as a non-terrorist group and delivered an agenda which portrayed them merely as an opposition group which was rational, a friend of the West, but more importantly, secular, non-violent, and democratic. By the end of 2004, Rajavi’s democratic Islamic Republic militant group had apparently morphed into a “democratic, independent and secular regime.”

In 2010, the group made a huge effort to purify its image even more in response to the bad press it had been getting regarding its long history of terrorist activities. Ali Safavi, the group’s main lobbyist attempted to clear all religious associations from the MEK’s image and reintroduced them as a purely secular organization. Safavi re-wrote the group’s history in a a series of articles which were published by the *Huffington Post*. According to Safavi, *now* the “MEK was founded in 1965 as a Muslim organization. It saw the society divided between tyranny and liberation forces, and not believers and non-believers. Like most Iranians, its founders sought a secular republic and the establishment of a democracy in Iran. MEK has never endeavored towards an ideological government, be it Islamic or otherwise." [5] For naïve politicians who do not know the real history, this is successful deceit, and will no doubt, help buy support.

Rajavi would like us all to somehow believe that he can fulfill a promise that will take care of every one–a secular government which offers a foundation for a Democratic Islamic Republic. According to Dr. Ahmad Sadri, an Iranian–American university professor of Islamic World Studies and Sociology at Lake Forest College in Illinois, the MEK wears a mask and is basically telling the world that as long as it is beneficial, “we are whatever you want us to be.”[7]