The Camp Ashraf , home to more than 3,000 members of the Mujahedeen Khalgh Organization (MKO) has been under spotlight once more.

In a conference in Tikrit in northwest of Baghdad, attended by a number of local officials, tribal leaders, the Iraqis called on the government to put pressure on the organization to leave the country as early as possible. 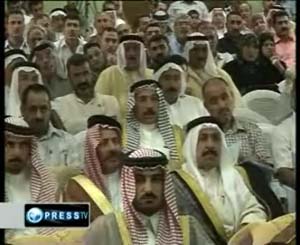 The participants called the presence of the MKO camp on Iraq soil unconstitutional stressing that the crimes against the Iraqi people by the MKO members are unforgettable.

Many here in this conference are of the opinion that Iraq will never see stability as long as MKO members are in the country. 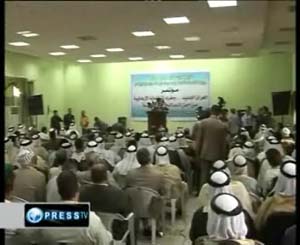 The MKO is listed as a terrorist group by much of the international community.

Founded in the 1960s, the group has masterminded many terrorist operations in Iran and Iraq .

The group is especially notorious in Iran for having sided with former Iraqi dictator Saddam Hussein during the 1980-1988 Iran-Iraq war.

Erlier this year the MKO members attacked the Iraqi security forces who were attempted to enter the camp to open a new police station.

Tens of Iraqi security elements were injured in these clashes.