With each tick of the clock, the danger to camp residents grows. The best way forward for the 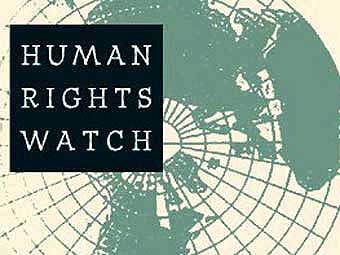 safety of the Camp Ashraf residents is to give them the chance to press their individual claims for refugee status with the UN in a safe location.
Bill Frelick, refugee program director

Both sides should allow the more than 3,200 Iranians at Camp Ashraf, in Iraq, to move to a protected location under UN supervision before the Iraqi government’s December 31, 2011 deadline for closing the camp, Human Rights Watch said. And both should allow the UN refugee agency sufficient time to conduct private and confidential interviews with each person to assess their refugee claims.

“With each tick of the clock, the danger to camp residents grows,” said Bill Frelick, refugee program director at Human Rights Watch. “The best way forward for the safety of the Camp

Ashraf residents is to give them the chance to press their individual claims for refugee status with the UN in a safe location.”

Camp Ashraf, recently renamed Camp New Iraq, has already been the site of two bloody confrontations between Iraqi security forces and camp residents. Most recently, on April 8, 2011, 36 camp residents were killed. On July 29, 2009, 9 were killed. After these incidents Human Rights Watch called on the Iraqi authorities to protect camp residents and open transparent investigations into the killings.

Both the Iraqi security forces and the leadership of Mojahedin-e Khalq (MEK/PMOI) should avoid bloodshed and allow residents to leave Camp Ashraf and meet privately with the UN refugee agency without fear of harm from either camp leaders or the Iraqi authorities, Human Rights Watch said.

The UN has offered to monitor the entire process when residents leave Camp Ashraf and to be present with them in a safe transit location. The UN High Commissioner for Refugees (UNHCR) has also agreed to assess refugee claims among camp residents who seek asylum and to seek durable solutions for refugees among them.

Human Rights Watch has documented abuses by the leadershipof the MEK in Camp Ashraf against camp residents who questioned their authority.

Human Rights Watch called on the Iraqi government to allow former Camp Ashraf residents who qualify as refugees to stay in Iraq subject to Iraqi law and respect for their basic human rights, until a durable solution can be found on their behalf.

The Iranian government should agree to the voluntary repatriation of those former residents from Camp Ashraf who wish to return in safety and dignity, Human Rights Watch said. The camp residents should not, for example, be subjected to televised confessions, and the government should ensure their freedom of movement, including the right to leave Iran. Iran’s government should also allow independent international organizations full access to monitor their return.

The Iraqi government should ensure that any MEK members accused of crimes in Iraq or for whom extradition requests have been issued receive all procedural rights in open and fair proceedings and ensure that none are subjected to torture or cruel, inhuman, or degrading treatment or punishment in either Iraq or Iran.

The MEK was founded in 1965 as an armed group to challenge the Shah of Iran’s government. In 1981, two years after the Iranian revolution, the group went underground after trying to foment an armed uprising against Ayatollah Ruhollah Khomeini. After a period of exile in France, most of the group’s leaders relocated to Iraq in 1986, although its top leadership remains in France.