The United States and the Israeli regime have been engaged in a full-fledged undercover war against Iran, political analyst Mark Dankof has told Press TV. 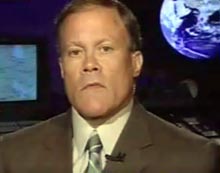 “The war has actually started. It is just the question of when the wider shooting war begins,” Dankof said in an interview with Press TV.

Dankof cited the assassination of Iranian nuclear scientists by Israeli-backed agents, the violation of Iranian airspace by US surveillance drones, and the new US-led economic sanctions imposed on Iran as examples of this undercover war.

He said the Mossad and the CIA have conducted these covert operations in collusion with terrorist groups such as the Mujahedin-e Khalq Organization (MKO), the Party for a Free Life in Kurdistan (PJAK), and Jundallah militants.

Citing essays written by M.J. Rosenberg and Mahdi Darius Nazemroaya, Dankof said the hostile policy of Israel and the US toward Iran has little or nothing to do with Tehran’s alleged nuclear program but is meant to help the Tel Aviv regime maintain its military supremacy in the Middle East.

Describing the Israel regime as a political and economic “liability” on US taxpayers, he said the United States is being dragged into a war with Iran by the influential Zionist lobby.

On November 12, during a debate among a number of Republican presidential hopefuls, calls ranging from executing covert operations such as terrorism and assassinations to launching a military strike on Iran to subvert Tehran’s nuclear program were made.

The calls for assassinations and terrorist acts directed at Iran are not idle threats as a number of Iranian scientists have been assassinated over the past few years, including Professor Majid Shahriari and Professor Masoud Ali-Mohammadi, who were both killed in 2010.

On Nov. 4, 2011, the secretary of Iran’s Supreme National Security Council, Saeed Jalili, announced that Tehran has irrefutable evidence that proves the US government has been involved in anti-Iran conspiracies and has dispatched elements to carry out acts of sabotage and terrorism in Iran and other regional countries.

The United States, Israel, and some of their allies accuse Tehran of pursuing military objectives in its nuclear program and have used the false charge as as pretext to push for the imposition of sanctions on the country and to call for an attack on the country.

Iran argues that as a signatory to the nuclear Non-Proliferation Treaty and a member of the International Atomic Energy Agency, it has the right to develop and acquire nuclear technology meant for peaceful purposes.

Iranian officials have promised a crushing response to any military strike against the country, warning that such a measure could spark a war that would spread beyond the Middle East.

Iraq: MKO are a security threat and will be deported

Azerbaijan to take in MKO members