According to Habilian Association database (families of terror victims in Iran), Ali Akbar Rastgou, defected member of MKO terrorist group, now living in Germany, in an open letter to German

Interior Minister Hans-Peter Friedrich requested him not to let MKO members enter the country under the cover of wounded patients.

The full text of the letter is as follows:

As you know Iraqi government has given an extension to a deadline for the closure of the base of the Mojahedin-e Khalq, Camp Ashraf.

By contrast, we were surprised to see Maryam Rajavi’s expression of readiness to cooperate with Iraqi government and the UN for the closure of the Camp.

We would like to warn you against a premature decision for accepting "refugees" of Camp Ashraf.

Rajavi’s retreat from her propaganda campaign and spending billions of dollars for retention of Camp Ashraf, her collaboration for the dissolution of the camp and resettlement of hundreds of MKO members all confirms the suspicion that Mujahedin-e Khalq organization sees the struggle for Ashraf a futile effort, and at the present time she is trying to help the leadership (in Camp Ashraf) escape with their lives.

There are many rumors swirling around the MKO leader’s efforts to transfer the leadership and top militants to Europe.

This week Switzerland announced its readiness to resettle refugees of Camp Ashraf, though it did not provide any medical services to 11 wounded patients of them, since after some investigation they found out that "these individuals pose a great threat to Switzerland’s national security."

It is rumored that MKO attempts to transfer its leadership members by Doctors Without Borders (Medecins Sans Frontieres) under the cover of wounded people and patients.

According to Iraqi government’s recent plans, 800 members will be moved to Camp Liberty to be transferred to out of Iraq. It is strongly possible that they are the high rankings and trained militants. The cult hereby intends to save its valued members and transfer them to Europe.

The fate of the members of little value, especially critics, dissidents, and those who want to defect (from the cult) is not important for the MKO leadership. It is said that the cult wants to exploit them as martyrs and victims in clash with Iraqi security forces.

It is obvious that Mujahedin-e Khalq spends a lot of cash lobbying to get off US terrorist list and reinstate the camp. It shows that this cult does not spare any effort to achieve its goals.

Therefore we request you to:

Support UN plan for conducting interviews individually with each person in a safe location without the cult’s leadership presence.

Make the visit of MKO member’s families outside the camp with their relatives possible.

Do not let Germany become a haunt for terrorists! Germany has always been MKO’s backyard. Make sure of their organizational status before accepting them! 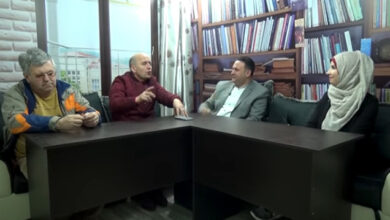 John Bolton, Mojahedin Khalq (MEK) and the expulsion of the Iranian ambassador

Mojahedin-e Khalq lies exposed by Government of Iraq and families