Interview with Hassan Danaeifar, Iran’s ambassador to Iraq, on the saga of Mojahedin-e Khalgh terrorist group

IRD: After months of tussles, the process of expelling from Iraq the Islamic Republic’s main 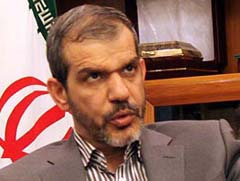 militant opposition, the People’s Mujahedeen Organization (MEK/MKO), has reached an operative level. According to recent news, four hundred members of the Marxist cult have been moved to Camp Liberty, there awaiting their destiny after negotiations between representatives of the UN High Commissioner on Refugees (UNHCR) and the government of Iraq. Despite the Iraqi government’s insistence on expelling the MEK, several domestic and foreign pressure groups are impeding the procedure, against both Baghdad’s and Tehran’s will: Washington in particular wants to keep the MEK in Iraq as a pressure tool against Iran, while European countries are unwilling to host the group. In the meantime, rumors from inside the group’s main base, Camp Ashraf in the Diyala Province of Iraq, persist that the MEK leaders are still resisting expulsion. Iranian Diplomacy has interviewed Hassan Danaeifar, Tehran’s ambassador to Baghdad, on the process of MEK’s expulsion and the Iraqi government’s decision:

IRD: How could the transferring of MEK members from Camp Ashraf to Camp Liberty bring a turnabout to this lengthy story; considering that Camp Liberty is still a part of Iraqi soil?

HD: Based on the agreement between the Iraqi government and UNHCR, a temporary residence had to be designated for the group, where its members could directly interview with UN representatives from the High Commissioner on Refugees, to see if they demand a return to Iran, a move to Europe, or have other decisions in mind. There was no such opportunity in Camp Ashraf; the MEK operatives prevented any interviews.

IRD: The MEK is still resisting efforts to leave Iraq. Could their resistance change the decision of the Iraqi government?

HD: What the government of Iraq is seeking is sovereignty over its entire territory. Camp Ashraf is an impediment against their goal. Plus, the Iraqi government acknowledges the MEK as a terrorist group and insists on their leaving of Iraq. There is no evidence proving that the group has legally entered Iraq upon the admission of the Iraqi government, even at the time of Saddam. They have no documents showing that they have sought asylum, and their stay in Iraq is illegal.

IRD: An Iraqi MP had recently claimed that the government is not that determined to expel the MEK. Do you concur with his remarks?

HD: Well I think you should ask him. But there are different voices inside the Iraqi parliament. We also see lawmakers who insist that the MEK members immediately leave the country.

IRD: Looking at your previous interviews on the issue I see that you have pointed to ‘reasonable excuses’ of the Iraqi government regarding the MEK expulsion, which Iran should understand. What do you mean by “reasonable excuses”?

HD: I don’t remember using exactly that phrase, but as I said, the Iraqi government opposes the MEK’s further residence in Iraq for the reasons I told you earlier in the interview. It is facing unreasonable pressure from third parties, and seriously pursues the process through its agreements with the United Nations.

IRD: What do the Americans think of the MEK’s expulsion from Iraq?

HD: I’m not quite certain, but I do know that both the Americans and Europeans insist that the MEK stay in Iraq. But Baghdad cares about its sovereignty and regards the MEK a terrorist group. Transferring four hundred members of the group to Camp Liberty was the first phase of their decision to banish the MEK. 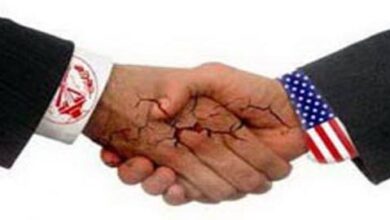 Iran: US has fallen in the direction of fantasies of MEK Terrorist cult