History is loaded with injustice of kings who built their mansions on bodies of deprived, poor

Their large ,small, red, green, white, summer, winter, country mansions, were all nothing but a tall wall that distanced them from mass’s poverty, hunger and pain and covered their debauchery and sensualism.

The common aspect of all kings including Pharos of Egypt, Roman Emperors and Islamic Califats was their luxurious lives in their palaces. They treated masses as their slaves who had to work, to even die so that their masters could live a comfortable life in their luxurious mansions.

Whom I’d like to write about here is not among those kings, emperors or Pharos but a power-crazy and delusional personality who has madly imitated those kingdoms and has built a lot of mansions for himself by victimizing and deceiving thousands of innocent individuals who act as his slaves. I write the article to record what I witnessed in the history and to awake those who may still believe in the MKO leaders’ so-called honesty, sacrifice, revolutionary, anti-discrimination and anti-exploitation ideas. They should know that their believe is just an illusion because a revolutionary leader who claims honesty and devotion should live a life like his public; he should be honest to his followers and supporters, but, it’s a pity that no honesty, no devotion and no sincerity is found in Massoud Rajavi’s personal life.

Rajavi’s appearance may not seem like Pharos, Emperors and kings but his interior life is the same as them. He has servants, maids, workers and a queen. He has torturers, prisons and turnkeys. He doesn’t admit any opposite idea and eventually threatens or kills his opponents or systematically destroy their character. He lives in expensive luxurious mansions. He thinks that it is his right to live a comfortable life but his forces should live in difficult situation to maintain their revolutionary spirit!!

Appreciating my friends’ cooperation, I note that this series of articles on “Rajavi’s Mansions” was authored by the help of a number of my friends who are also former members of the MKO.

While the MKO’s propaganda was all the time speaking of the group’s bad financial situation and the group’s urgent need for funds, Massoud Rajavi was spending millions of dollars to build mansions, houses and safe havens for himself and Maryam Rajavi all over Iraqi territory.

He built various houses in different parts of Iraq regarding the security and protection condition of the place. Some were used temporarily and some were his permanent mansions. I note some of them:

Badee’ Zadegan Base
This base was located near Baghdad and was founded in 1996 and named Hanif Base. It was essentially one of the five military bases established in 1996 and 1997. Since 1997, the base was turned in to the main political and propaganda headquarters. In western side of Badi Zadegan base, about one fourth of the base’s breadth was allocated to Rajavi’s private mansion. The place was built so strongly and decorated so lavishly. During following years more rooms and halls were added to the main building. The green space included a pool and very beautiful trees. The mansion was departed from other parts of the base with very tall walls.

Mohammd Abad Base in Kefri
The base included some trenches and ramparts in Kefri hills which apprently looked like a village and used by the Rajavis during Kuwait War. When the coalition forces attacked Kuwait, the trenches were camouflaged like a village. It was soon equipped for the Rajavis.
Rajavi spent most of that 40-day long war and bombardment in the place while other forces guarding the base had no trenches and had to stay in tents or shelters.
After the war ended, the base was destroyed by the group because they didn’t want the Kurds to reach it.

Forough Base in Karbala
Forough 1 was a villa that was given to the Rajavis by Iraqi Intelligence service to protect them from coalition forces’ bombardment.
As the coalition troops didn’t target religious cities like Karbala, the rajavis moved to the base where an Iraqi Intelligence official always accompanied them. Following the Iraqi shiits uprisings in Southern cities, the Rajavis were forced to flee the base. Some of Rajavis’ guards stayed at the base, they were then killed by people. It was later said that those guards had gone there on mission because they didn’t want anyone to know about Rajavi’s covert base in Karbala.

A Large Base Near Border
There was a large base near Baquba not far from Iranian border. It was turned in to a green zone with elegant buildings that a 5-member team was always guarding.
I went to the base a few times but I could never know about its exact name and address. The base was never used publically and just a few members of Rajavi’s guards had information about it.

Tikrit Palace
As the result of Rajavi’s hard work to gain one of saddam’s palaces, this palace in Tikrit was given to him. Large amounts were spent to make it more luxurious but the base was never used by the Rajavis because of the threatened geographical situation. It only satisfied his greed.
Samira Palace
It was a two-story villa in Samira, called “Agha”. It was used for Rajavi’s pilgrimage time at this religious city. Although it was highly luxuriously equipped, it was not used more than two times.

Alavi Base
The base was originally an anti-bomb trench and the headquarters of Saddam’s Northern front. It had a lot of rooms, a conference hall and an eating place. It was completely reconstructed and furnished but it was destroyed following the American occupation of Iraq. The base had been granted to Rajavi as a gift for the services he offered Saddam Hussein during Iraq-Iran war.

The MEK and the Iranian Protests 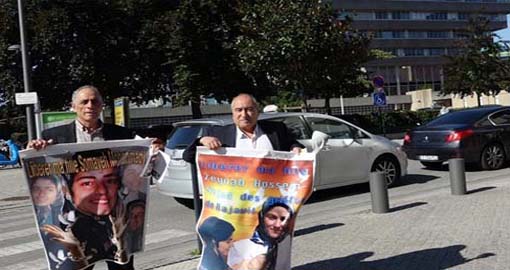 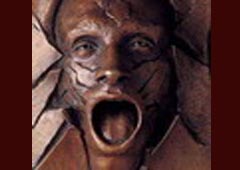 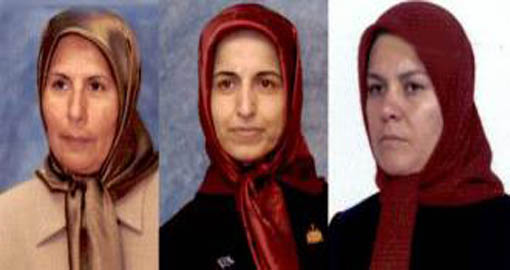